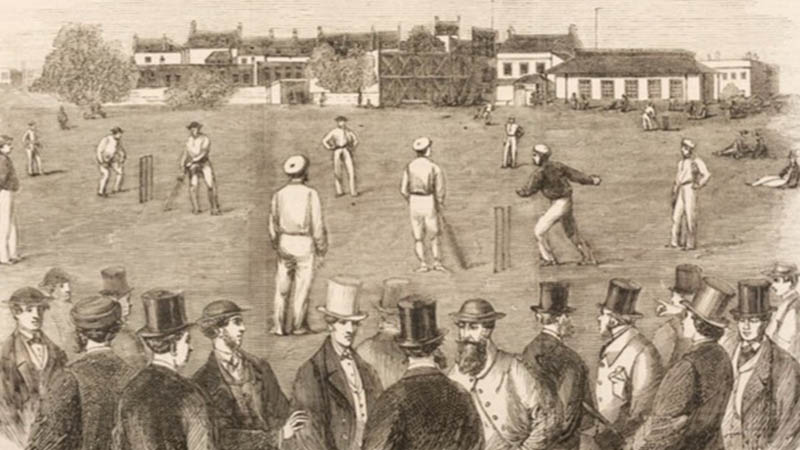 If watching the IPL final in 2020 was your first experience of cricket, you’d be forgiven for thinking that this sport has always been a high-octane, high-budget affair full of flashing lights and fast-paced action. The truth is that, while cricket occasionally puts on its fancy clothes and opens up its bag of tricks, the roots of this great game are mental fortitude, endurance, and gentlemanly conduct.

Let’s cast our mind’s eye back a few centuries and examine some fascinating cricket facts to see how cricket came to be and what has changed in the meantime.

The International Cricket Council traces the game’s roots back to southeast England in 1611, when the first reference to adults playing the sport coincided with cricket being defined in the dictionary as a game for boys. At that time, bowlers delivered the ball underarm and batsmen wielded a curved bat reminiscent of a hockey stick. The name cricket appears to come from either criquet (a French word meaning “wooden post”) or krick, the Dutch word for “stick.”

During the 18th century, county teams began springing up across many parts of England and the first professional coaches were employed. While it might seem like ancient history, the traditions of county cricket established during the 1700s remain strong today.

It’s often forgotten that women were crucial in turning cricket from a casual game into a legitimate sport. As far back as 1811, women were playing official county cricket matches and attracting massive crowds. In 1868, a team of Indigenous Australians became the first international cricketers to tour England.

First-Class Cricket in the 19th Century

In a first-class career spanning 43 years (he was 60 when he retired), The Doctor scored a staggering 124 centuries and showed the world how a batsman could dominate a sport that had previously favored bowlers. Although first-class cricket didn’t officially become a thing until 1895, historians now consider all “important” matches – including almost all of Grace’s career – to be first-class matches.

If you thought Grace was good, just wait until you hear about Sir Jack Hobbs. Known as “The Master,” Hobbs scored 199 first-class centuries, a record that nobody since has come close to beating. He also did so at an average of more than 50, which was virtually unheard of at the time.

The Evolution of Test Cricket

You’ll notice that we haven’t yet left England. That’s all about to change.

In 1877 at the Melbourne Cricket Ground, Australia and England played the first-ever test match. Like many great moments in cricket, this match was only recognized as an official test years later, but it was undoubtedly the beginning of cricket’s greatest rivalry. Australian opener Charles Bannerman single-handedly won the match for Australia, scoring 165* in the first innings before retiring hurt. In a cruel twist of fate, he would only play two more test matches before illness cut his career short.

In case you’re not familiar with the terminology, test matches are international endurance matches in which both teams bat and bowl twice. In their original format, test matches were limitless, meaning they would continue until both teams had batted for two innings, regardless of how long that took.

This format was abandoned in 1939 after a match between South Africa and England that lasted for a scarcely believable 12 days. It was eventually abandoned without a result so that the English players wouldn’t miss their ship home! Since then, test matches have been limited to five days; matches that don’t deliver a result after five days are drawn.

We can’t brush past this era without mentioning the man universally acknowledged to be the best cricketer of all time: Sir Donald Bradman. The Don represented Australia 52 times over 20 years, hitting a then-record 29 test centuries during that period. What’s even more amazing is that Bradman averaged 99.94 with the bat. To put that in perspective, no other male batsman to have played more than a few tests has a batting average above 65.

What began as a failed test match between Australia and England in 1971 turned out to be the most important cricketing development of the 20th century. After said test match – fittingly, also hosted at the Melbourne Cricket Ground – was abandoned due to rain, the teams decided to play a one-day match for fun. 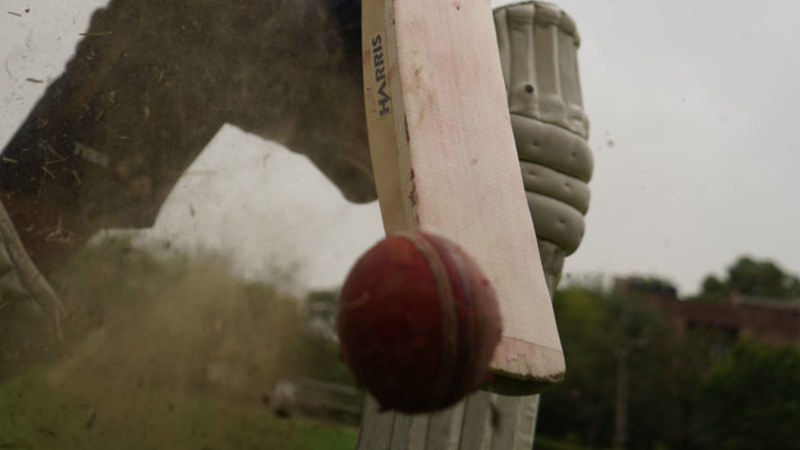 It soon became apparent that one-day matches were faster-paced and more exciting than test matches, and just four years later the first men’s World Cup was played in this format. However, once again the women beat the men to this innovation: They played their first official World Cup two years earlier in 1973.

A one-day match takes about eight hours to complete. Each team bats for 50 overs of six balls, and whichever team scores the most runs wins. Instead of the traditional whites, teams wear colorful uniforms with interesting designs. While purists still prefer test cricket, even the most old-fashioned fan would have to agree that epic matches like the 2019 World Cup final have proven the value of one-day cricket.

Despite being initially written off as a joke, T20 has quickly become the most popular – and lucrative – version of cricket. Its condensed format lends itself perfectly to weeknight matches and fast-paced tournaments like the Indian Premier League, in which the world’s most exciting players earn staggering salaries for just over a month’s work.

Thanks to T20, fans around the world have been able to cheer for batting legends like West Indian Chris Gayle (13,584 runs, 22 centuries and counting and superstar bowlers like Sri Lanka’s Lasith Malinga (bowling average of 19.69, 390 wickets to date). We’ve also been introduced to supremely talented youngsters like Afghanistan’s Rashid Khan and Nepal’s Sandeep Lamichhane, both of whom come from weaker cricketing nations and would never have found fame on the international circuit.

As you can see, cricket has evolved from an endurance match played by English aristocrats to a game for people of all backgrounds worldwide. Nowadays, all three formats of cricket – test, one-day, and T20 – are played at the highest level. While the sport is still dominated by former British colonies, its global appeal is growing thanks to innovations like short-form cricket and much greater TV coverage.

In 100 years’ time, who knows how this great sport will have adapted and improved?