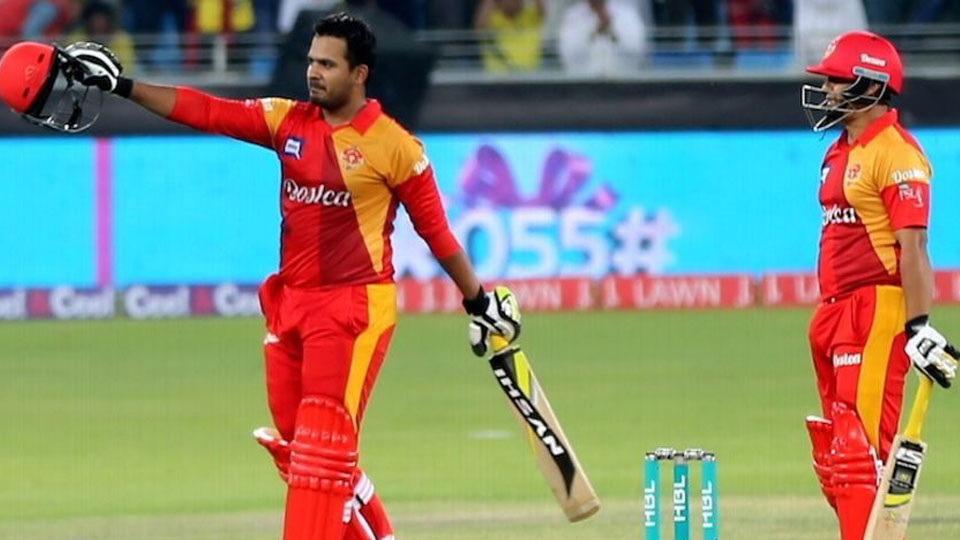 The provisional suspension of Sharjeel Khan and Khalid Latif for making contacts with an alleged Indian bookie flashed internationally which disgusted and saddened ardent cricket fans in Pakistan who still see it a ‘gentlemen game’.

The suspension came after investigations by PCB along with ICC’s anti-corruption unit and PSL Chairman Najam Sethi immediately sent both cricketers back. Sources, however, maintain that both Sharjeel and Khalid were in the radar of the anti-corruption watchdogs since their arrival in Dubai because of their association with a person who is believed to be part of a gambling syndicate.

According to media reports both Khalid and Sharjeel met with some bookies and had dinner on the insistence of discarded international Nasir Jamshed who phoned Khalid from London for the meeting.

The reports also assert that the bookie was staying on the same floor of players’ hotel in Dubai. Both Latif and Khan were part of the Islamabad United team in the ongoing second edition of the ongoing PSL in United Arab Emirates.

After seven years Pakistan cricket has once again engulfed with spot-fixing allegations. This means that we have not learnt from the past saga when Salman Butt, Mohammed Asif and Mohammed Aamir had been punished by a British court.

Suspension of two cricketers has turned Zero tolerance policy of the PCB into a shameful joke. The issue is still alive. After allowing Mohammed Aamir to resume international cricket and Salman Butt to play domestic cricket such sort of case will surface regularly. Along with Aamir, Marlon Samuels of the West Indies is also part of the ongoing PSL because he has served his ban.

In view of such cases our players have learned that do some fixing – face suspension or ban for a year or two and then make a comeback with the help of corrupt administrators and media. Anyone found guilty should be punished hard. If Khalid and Sharjeel are really guilty, it should be the end of their careers. And in case of Sharjeel, I see his dream of playing in England for the county side is over.

As long as an over-ambitious Sethi is around and heading PSL, Pakistan cricket will continue to suffer setbacks. He was a vocal supporter of Moin Khan who was caught red-handed in a Casino during the WC-2015which shamed the country. He came for Umar Akmal’s rescue when he was found in some brawl in Hyderabad. It was he who managed the entry of Wasim Akram and Mushtaq Ahmed, tainted cricketers of yesteryears, in the PCB. Wasim is now director of the Islamabad United. About Wasim Justice Qayyum in his report had recommended “not to give him any national responsibility in future”.

Though Sethi has tried to control the damage and immediately suspended the players under PCB’s Anti-Corruption Code yet it needs to be checked that if the suspension has not been made in haste. The players could have put on the watch-list and sent them home under some pretext of being unfit.

Though the Pakistan Cricket Board (PCB) Chairman Shaharyar Khan has also resolved that “Under no circumstances will the Board condone actions of a few individuals to bring disrepute to the game of cricket or taint the image of Pakistan” yet the PCB should be very careful in its investigation. It’s high time that Shaharyar Khan should assert himself forcefully and take matters into his direct hands. It is not the case of individuals. It can ruin the credibility of PSL. The Board should tackle every bit of the case very prudently to maintain the credibility of our national cricket. If Khalid and Sharjeel found guilty of fixing, they should be made an example for others.

I suggest that the PCB should stop playing in the United Arab Emirates and look another neutral venue to play its future home series. I remember a statement of late Jagmohan Dalmiya, a former president of the BCCI who said: “All involved in fixing are based in Dubai” and gave this reason to cancel series with Pakistan. Although we have to wait and see the outcome of the investigation but I would demand the federal government that match fixing should be made a criminal offense in Pakistan equivalent to treason.

On a lighter note the social media is abuzz advising both Khalid and Sharjeel to challenge their suspension in the court and then present some letters. “Our grandfather and the Indian bookie were old friends. Before Partition the Indian had taken some loan from our grandfathers and he wanted to return that. In the meanwhile it needs to be find out if any Qatari prince was staying in Dubai at the time when this incident happened!