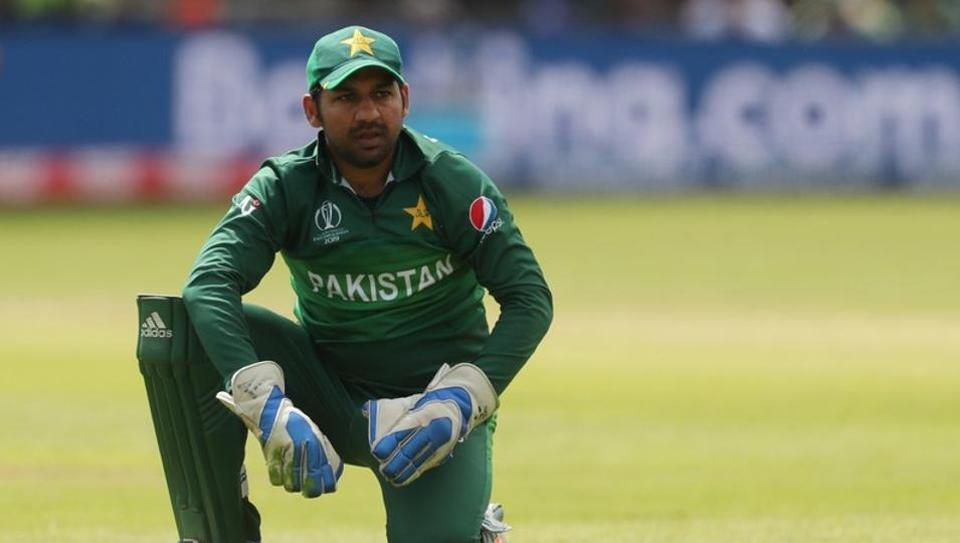 There are contrasting opinions over the development however I would pen my two cents with a message from the holy Quran which guides us to adhere to the truth come what may. I expect you all, as well, to express your opinions without fear or favour.

For an honest point of view a just approach a must. In this dismissal, for instance, one can’t reach an honest conclusion with a bias towards Sarfraz Ahmed or the Pakistan Cricket Board.

Sarfraz Ahmed was handed over the reins of Pakistan team when the international standing was not heartening, in fact Pakistan, after losing 3-0 to Bangladesh, plunged below 8th pedestal, in the ODI rankings, and subsequently Pakistan’s chances to qualify for the champions trophy ended up in doldrums too.

Somehow Pakistan didn’t only qualify but eventually won the Champions Trophy, in which Sarfraz Ahmed’s match winning knock against Sri Lanka was an absolute masterpiece. That was the take-off point, for the men-in-green, in the mega event.

In contrast, Sarfraz’s tenure in Test matches was not even satisfactory, but that, in my opinion, was not entirely Sarfaraz’s fault and I elaborate it later.

First of all, let’s see the numbers in Sarfraz’s captaincy.

In Test, under Sarfraz Ahmed Pakistan lost eight out of the total 13, winning only four.

In 50 odd one day international matches, Pakistan lost 20 and won 28.

In T20i the record is highly impressive with only eight losses in 37 games to earn the number one spot in rankings too.

What do these numbers suggest?

In my opinion, Sarfraz was given the Test captaincy without a thorough consideration. He was handed over the demanding responsibility because, probably there were nobody to shoulder the burden at that moment in time. I reiterate, it was a wrong call to appoint Sarfraz as the Test skipper. It was, in fact, imposed on Sarfraz which later on had an adverse effect on his white-ball skipper-ship as well.

As batsman too, he had to impress, because in the modern-day game only wicket keeping skills can’t save your skin, you certainly have to contribute with the willow as well. Sarfraz, I am afraid, was lagging behind in this regard as well.

As a wicket keeper batsman, in modern day cricket, we have seen the likes of Sangakkara, Dhoni etc while in the past Moin Khan, Kaluwitharana, Gillchrist etc played a number of timely and memorable innings for their teams. Sarfraz Ahmed, exhibited his batting skills in the World Cup as a fitting response to his critics. Later in the Pakistan Super League, Sarfraz performance brilliantly as captain and keeper for the Quetta Gladiators and eventually won the PSL title earlier this year.

These are the positives of Sarfaraz from the U19 World Cup of 2006 till 2019 then why has he been ousted?

According to the Pakistan Cricket Board and a number of critics, including myself, Sarfraz lost his way. I would rather say that his downfall started from the day he was handed over the captaincy. Ever since he took over the reins his batting lost the touch. Apart from the innings against Sri Lanka in the champions trophy, Sarfaraz Ahmed failed to impress. In the recent World Cup, too, he was clueless. In the game against India, Sarfraz scored 11 runs off 27 deliveries while against Afghanistan he didn’t try to press the pedal, while batting with Imad Wasim, to give impetus to the overall run-rate of his team. These were same glaring mistakes from Sarfaraz Ahmed which turned me into his staunch critic as well. Although Sarfraz had ample experience, right from the U19 to the National side, but he seemed clueless in the past couple of years hence eventually sidelined.

Sarfraz himself paved the way for his exit, he was his only enemy in the past two years or so, even then, I would say, he should not be stripped off the T20i captaincy.

Sarfraz’s performance, as T20i skipper, was fine and more importantly the T20 World Cup is not far away even then he was shown the door!

Why and who is responsible?

He was made the scapegoat! Yes by the Cricket Board to conceal their own drawbacks.

In Test, the captaincy was imposed upon Sarfraz despite his unwillingness but the Board was adamant. In limited-over games, Sarfraz couldn’t capitalise on the young talent came through the PSL and later blossomed in the Champions Trophy of 2017.

It was a collective failure but the board conveniently put the entire onus on the captain, Sarfraz Ahmed.

Moving further a conspiracy theory had been brought in again that Sarfaraz was wrongly treated due to his origin, Karachi, however, I have serious reservation to this notion.

To me, Karachi, because of the political turmoil, produced more notorious figures than quality cricket players from 1986 till 2015. I feel sorry for this state.

Tell me another name?

Muhammad Sami was given a number of chances but he, also, failed to cement his place.

I believe, the Pakistan Cricket Board is still a better organization than other institutions in the country where about 80 percent of the decisions are taken on merit. Look around and you will find Hasan Ali – the former number one bowler – and Fahim Ashraf out of the reckoning purely on merit.

It’s about time that Karachi should rise above this petty politics and look into their house because as you sow so shall you reap.