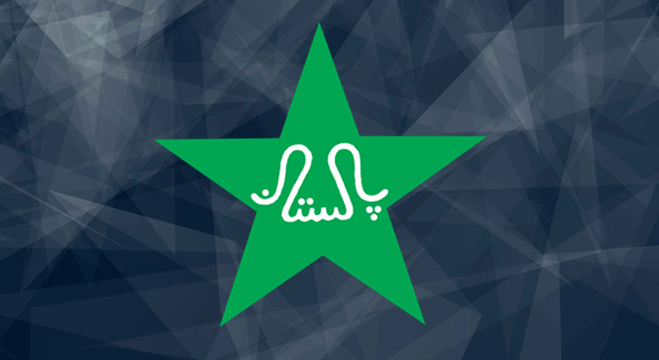 Anything achieved in life through perseverance, hard work, competitiveness, and luck has a very special significance of dignity and honor. It is a unique moment of fulfillment of a dream which cannot be shared or given away to anyone. Sportsmen in particular sweat out for years for that one special moment when they are nationally and internationally acclaimed, after which they adorn the national colors with pride.

Every child who plays cricket in Pakistan dreams of the ultimate dream of wearing Pakistan colors, the green blazer, a cap or a necktie with a star.

However, one sees these days’ kids playing cricket at a very small level, wearing sweaters with national colors or green caps with a star without deserving them or without rightfully earning them. The sports shops openly and freely sell such items without any guilt.

There was a time some 40 or 50 years ago when it was considered a cardinal sin to be wearing anything of national importance without deserving it. The fabric of the society was so honored conscious that nobody dared to overstep the limits. If anyone wore a Pakistan cricket tie without deserving it, he was embarrassed and told off as he looked out of place. It was expected that even the School, College or the University colors were to be worn only by those who had achieved them.

Late Chacha Mumtaz-ur-Rahman, the diminutive wicket-keeper batsman who had appeared for the President’s XI against the Commonwealth team at Rawalpindi in 1963 was once wearing the Pakistan cap in a match at the University ground Lahore when Pakistan’s star batsman of the time Saeed Ahmed spotted him and went up to him angrily and demanded that Chacha Mumtaz removed the cap as he had no right to wear it.

When as a kid, the famous cricketer Sunil Gavaskar asked his Test cricketer uncle Madhav Mantri, if he could try on one of his Test caps, he was admonished and refused by his Uncle who said that “Such things of pride, distinction, and reverence must be earned and not taken casually.”

Only the touring cricket captains could confer the highest honor by awarding the national necktie to someone of great importance, but that was done very rarely.

In the past, even the managers of the touring cricket teams were not allowed to wear the blazer or the tie of the team because the principle was that only those who dared to play in the ground and face the onslaught of the charging thunderbolts with guts deserved the national colors.

It was only as a manager he wore the national blazer which of course was insanely out of place and a violation of the sanctity of the national pride and color. Even some Pakistani cricket umpires also took to wearing Pakistan cricket blazer with a star and marked “Umpire”. This too had never been done anywhere in the world.

When the President of the United States of America, Dwight Eisenhower came with the President of Pakistan General Mohammed Ayub Khan to watch the Test match on the fourth day between Pakistan led by Fazal Mahmood and Australia led by Richie Benaud at the National Stadium Karachi in 1959, he was helped out of his warm business jacket and into a comfortable green blazer with a star and marked “Pakistan Cricket Control Board.”

It was a unique honor bestowed upon the American President who remains the only American President to watch a cricket test match. The blazer now hangs proudly in the President Eisenhower Museum in Kansas, U.S.A. “Good heavens”, gasped a White House newsman, “he’s wearing his Augusta golf club coat,” but the captain of the visiting Australian team made no such mistake. “I see you’ve joined the opposition, ” he told the President.

To make it definite that he was playing no favorites, Ike shook hands with all the players on both teams, then settled back in his seat to ask questions about cricket. During the war, Ike explained at one point, British generals were always telling him they stood on pretty weak wickets. “What’s a weak wicket?” he wanted to know.

President Ayub explained that relative conditions such as the softness of the ground sometimes favored either batsman or bowler whereupon the other might complain of “being on a weak wicket.”

By the end of half an hour of dull play, it seemed that Ike knew at least as much about cricket as his hosts did about baseball. Introduced to Fazal Mahmood, Pakistan’s ace bowler who was described as an excellent batsman as well, the U.S. President grinned knowingly and remarked, “Pitchers aren’t supposed to be good hitters.”

The Pakistani cricketer bowed and smiled in polite but mystified acknowledgment. Fazal Mahmood used to claim that it was his bright idea to present President Eisenhower with the Pakistan cricket blazer. He approached the American Embassy in Pakistan who helped him to get the
measurements for the coat of the American President.

When Fazal Mahmood helped President Eisenhower to wear the coat, the President remarked, “Oh, it feels so comfortable and fits well.” It was a moment of relief and pride for Fazal, the tailor had done a splendid and satisfactory job.

Another similar honor was bestowed upon the Prime Minister Mr. Zulfiqar Ali Bhutto in 1974 when a green double-breasted Pakistan cricket blazer was presented to him by the President of the BCCP and former Pakistan test captain A. H. Kardar. Mr. Bhutto had been an ardent lover of cricket and had played club cricket with Sundar Cricket Club at Bombay in his youth. He
was greatly fascinated by Syed Mushtaq Ali in those days and even invited him to Pakistan during his government but sadly it could not be implemented.

Mr. Bhutto had known cricketers well like Gul Mahomed, Alimuddin, Kardar, Amir Elahi and Syed Mushtaq Ali from his Bombay days when he lived there in Worli. He used to constantly go to the Brabourne Stadium at the Cricket Club of India to watch net practice and matches featuring these players.

Although Mr. Bhutto never wore the blazer again but it would be worthwhile to retrieve his Pakistan cricket blazer and put it on display in a cricket museum. Mr. Bhutto was also very fond of the green Pakistan cricket necktie with stars that he wore frequently. The glamour of cricket had remained magical for him and so many others that still throng the grounds to see
their heroes.

It appears that these were the only two instances where cricket blazers were gifted to the two heads of state as a very special case. Otherwise, the basic rule still remains that such an honor is reserved only for the players who represent their countries. Therefore it must be inculcated in the youth that they must first learn to deserve then desire. The importance
of distinction comes only when it is rightfully deserved and achieved. The sanctity, reverence, and honor of the national colors must be upheld at all costs and should not be allowed to be used by the undeserving riff raffs. There is no written law that forbids the use of the national colors but such a practice must be discouraged at all levels.