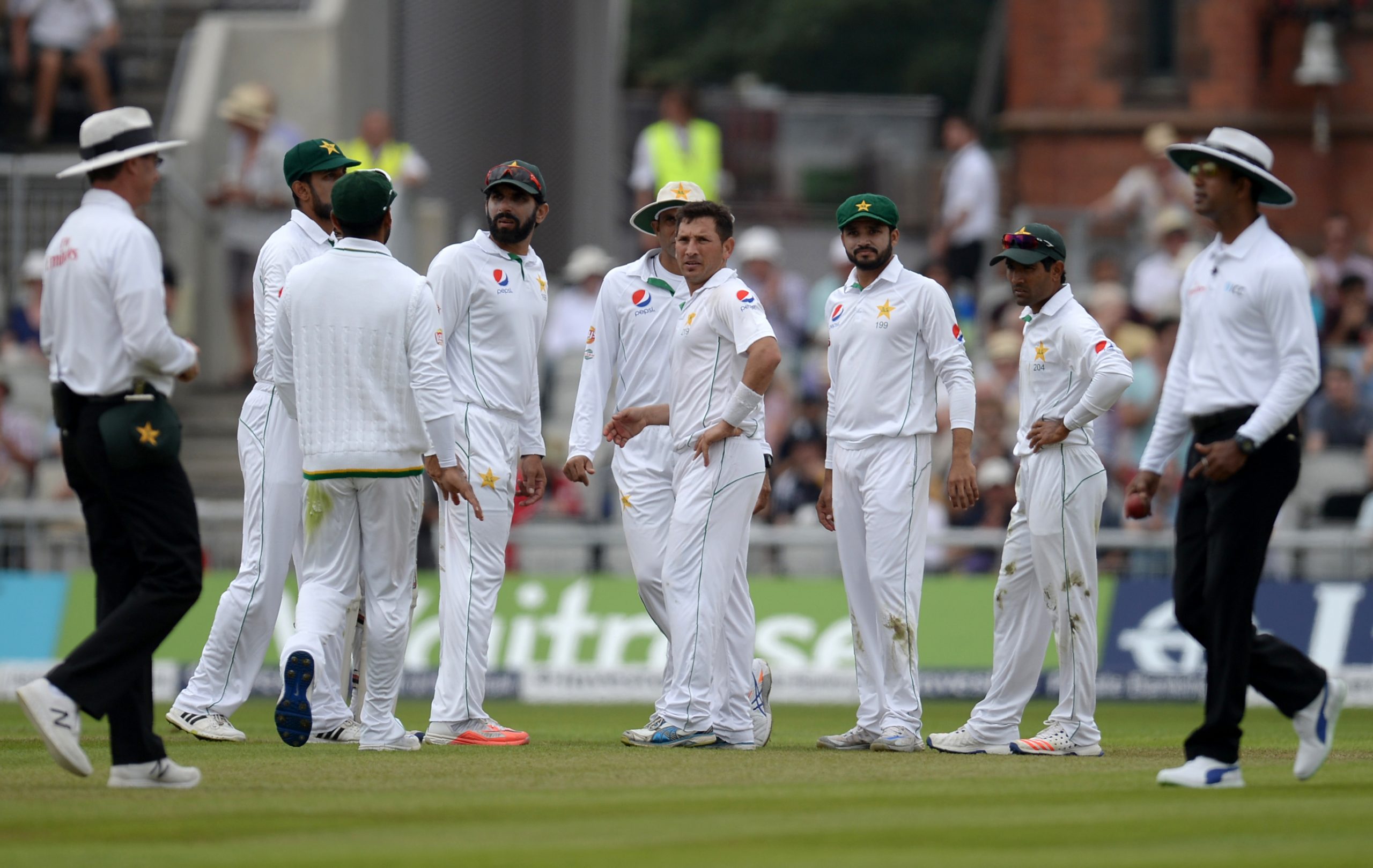 A lot of water has flowed through the Indus and the Thames since August. And in this period a lot has come to pass in Pakistan’s domestic and international cricket.

Pakistan ended a successful and trouble free tour of England. They drew the Test series; and though their performance at the white ball format was below standard they rounded off the tour with a win in the last ODI and also in the Twenty/20.

Since those morale boosting wins in the ODI and Twenty/20 against England, Pakistan have not looked back. At “home” in UAE they have, at the time of writing this piece, white-washed the rudderless, inexperienced and (although I feel sad at saying this) uninterested bunch of cricketers from the West Indies.

Pakistan led by the dynamic and aggressive Sarfraz Ahmed swept clean the Twenty/20 series, and under the stewardship of the gentler and quieter Azhar Ali also brushed aside the men from the Caribbean 3-0. Come the Tests the Calypsos came across the Champions of Test Cricket under the guidance of the experienced, wily and confident commander Misbah ul Haq.

The first Two tests were won with comparative ease and panache thanks to some tremendous batting display by Azhar Ali (who became the fourth triple centurion for Pakistan in Tests after Hanif Mohammad, Inzamam-ul-Haq, and Younis Khan) and by Younis Khan who emerged from his sick bed and scored a hundred. This shows the class, the determination, commitment and resolve of this man from Mardan. His last outing saw him getting a double hundred against England. What the bowlers could not do a villainous dengue mosquito did – got him down and out of action.

But Younis is made of tougher material. He recovered, missed a Test, and then came back with a century (his 33rd in Tests). Misbah, Sami, Sarfraz contributed to the high scores; and no praise is high enough for that technically correct, stylish and diminutive Asad Shafiq who has rightfully deserved his promotion in the batting order and improves and matures with every outing. In the four innings in two Tests Asad scored three half centuries.

Pakistan’s bowling was next to brilliant. On dead pitches the pace bowlers particularly Rahat Ali and Sohail Khan performed creditably; the king pin was of course the leg spin and googlie bowler Yasir Shah who was well supported by Zulfiqar Babar and Mohammad Nawaz. Misbah now has equalled Imran Khan’s record of captaining Pakistan in 48 Tests most by any captain, but his win percentage is much higher than that of his Mianwali townsman.

Pakistan proved that it does not matter on which surface or under which conditions and against whom they play Tests; they are from the top drawer. They cannot even have pitches laid to suit their bowlers as the Indians or even the Sri Lankans do. India makes pitches which are tailor-made for their spinners – they have been doing this almost from time immemorial. Pakistan also do not care what colour of cricket balls are used in Tests – red, pink, orange, white, yellow, purple!! Or whether they play all day matches, day/night matches or who knows in the not too distant a future the ICC will come up with the idea of playing all night matches. Pakistan are always willing to comply with the conditions and rules formulated by the ICC and MCC.

India on the other hand have their own set of rules. They have been resisting DRS (Decision Review System) from the time of its inception and hitherto the ICC are powerless to do anything about it. India could never provide a logical explanation for this. It was sheer stubbornness and arrogance. I feel having suffered enough they have for the first time agreed to try out the DRS on an experimental basis against England in the forthcoming series. In any case it is imperative that the DRS should be uniform in all Test Matches. It is a shame that in some Tests all the gadgets and equipment are available while in others they have a few less. The reason is because of the ‘costs involved.’ Costs? Come on, give me a break!!

Fans are overjoyed at Pakistan’s triumphant march; but it is a pity that the successes in UAE were achieved in front of empty houses. It is encouraging to note that the Chairman of PSL has announced that the PSL Final will be staged in Lahore. It would have been even more welcome had he announced that the semis will be in Karachi and Rawalpindi. Had someone like the PSL Chief or someone like him been the Chairman of PCB five years ago we would be having international matches regularly in Pakistan.

After all the Sri Lankans played their home matches in their own country in the middle of a raging civil war. During the World Cup when I think it was Australia and West Indies who refused to play in Sri Lanka they lost points but the matches were not shifted; as also was the case when a couple of matches were skipped by teams who refused to play in Zimbabwe in 2003.

Pakistan cricket authorities bend over backwards to please India and go to the extent of even offering that they would play their “home” matches in India!! The PCB management have become used to the seven star luxuries of their officials and the families spending a month or two in the UAE at company expense. No one has to take the responsibility for accommodation, catering, ticket printing and sale, transport, media accreditation, even media management, marketing, ground maintenance, pitch preparations. These are all outsourced. Who wants to give up these lavish comforts. Remember there is no accountability for the expenses of the PCB.

To take an example we are informed by reliable sources (although I will not swear to the veracity of this report) that the COO of PCB transferred Pounds Sterling Fifty five thousand (equivalent to PK Rs 6.7 million – 67 lakhs) to UK towards meeting the medical/hospital expenses for the treatment of the PCB Chairman; the treatment which he underwent was perhaps not available in Pakistan or the members of the medical profession in this country are not as proficient as those in UK; and also can the COO PCB tell the public the total sum spent on the medical treatment of the PCB blue collar employees (workers) over the last five years.

Was this transaction done with permission of the State Bank? I am sure it was. However, I am relieved and happy to report that the Chairman is now back in his saddle in Lahore and has resumed his duties by chairing a meeting of the Board of Governors. It was good that we had all along been kept informed on the social media of his welfare and progress. I wish him continued robust health, happiness, success and many more tours with the Team as he brings the best out of the squad. He went on holiday to UK (at his own expense) during Pakistan Team’s tour of England and Ireland but this arrangement was soon converted to “official” as he took upon himself the arduous to oversee the working of the Four Media Managers plus the local Media Consultant who were debuted with the touring squad.

It is gratifying that this high powered team led by the Chairman was never tested as the team members’ behaved impeccably both on and off the field. What was the sum incurred on the Chairman’s allowances and other expenses including entertainment (surely it must have been “peanuts”) I do not wish to guess. Let the PCB’s COO give an account of that. I was also informed by those who were in the know how (when I was privately and on a purely personal basis covering the Tests in England) that PCB had rented boxes at the match venues for their friends and guests.