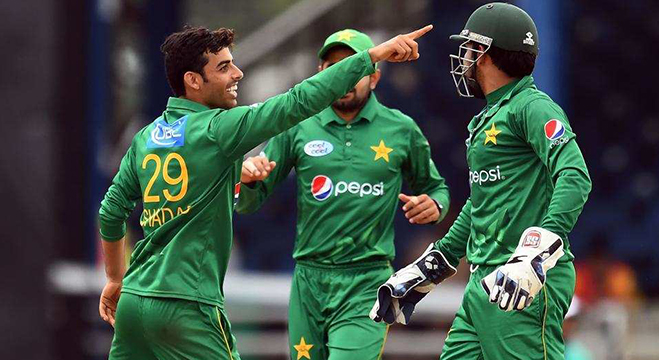 Its method versus flair, its predictability versus flamboyance, its Australia versus Pakistan, and the stage is the most explosive format of the game – T20I. If, over the years, Australians have symbolized success through consistency, Pakistan has showcased the impact of natural raw talent.

This pair of teams could hardly go into a contest with any better context. Australia ruled the Cricket World for at least a decade at the turn of the century – the same time when ICC brought out official Rankings of the teams. Without any surprises, Australia dominated the Test and ODI rankings. Pakistan literally managed to grab the Test Mace for a brief period while never managed to top the ODI Rankings.

In T20I format, intriguingly, it’s the other way round. Pakistan featured in the first two Finals of T20I World Cups – won one of them – and appeared in Semi Finals of first four editions of the tournament. A feat that no other team could claim at the time. On the other hand, Australians have been all but dominating in T20I Rankings.

Since the inception, Pakistan has mostly remained in the top 6 in T20I rankings. The only times Pakistan slipped to #7 were at the time of inception of T20I Rankings and for a period of roughly 10 months between March 2016 till January 2017.

On the other hand, the only period when Australia was ranked higher than #4 was between January 2015 and January 2016. They broke into top 3, only for the second time, in February 2018 and has managed to remain there since then. In fact, they managed to remain #2 from February to June 2018. That’s the highest they have ever risen in ICC T20I Rankings.

Australia has never been the #1 team in ICC T20I Rankings. That’s right, the rulers of Test and ODI format – at a time – has never touched the crown in T20I format. They are yet to win a T20 World Cup which 5 other teams have already done. Since the inception of ICC T20I Rankings, 7 teams have surmounted the #1 T20I Rankings and Australia is not one of them. The teams include England, South Africa, Sri Lanka, India, Pakistan, Windies and New Zealand. That’s what makes Australians even hungrier for success in T20I format.

This T20I series against Pakistan brings the best chance to Australia to achieve the unachieved – that is – the number #1 ICC T20I Ranking. All they need is to beat Pakistan 3-0 in their adopted backyard – easier said than done, though.

In ICC T20I Rankings, Pakistan is ranked 1st with 132 rating points followed by India with 124 points, followed closely behind by Australia with 123 points. Leaving the ratings and calculations to the geeks and nerds, here is the summary of possible ranking changes at the end of this T20I series:

There can’t be any greater incentive for Australians to give their all and go for a 3-0 win. If that was not enough to magnify the context of the series, there is a huge incentive for Pakistan as well. Pakistan is scheduled to play a 3 T20I series with New Zealand right after Australia series while India is also going to play a 3 T20I series against Windies during the same time.

If Pakistan manages to beat Australia 3-0, they will guarantee their #1 spot in ICC T20I Rankings till the end of those two upcoming T20I series. In that case, Pakistan will remain #1 even if New Zealand beats them 3-0 and India manages to defeat Windies 3-0 as well.

In terms of match results, it has been pretty close contest between Pakistan and Australia in T20Is. Out of 17 T20Is played in all between the two sides, Australia have come out victorious on 7 occasions while Pakistan managed to beat them 9 times. Once the contest ended in a tie which was won by Pakistan in Super over.

Excluding the encounters in multi-team tournaments, Pakistan and Australia has faced off in 5 bilateral series – including 3 one-off T20Is as well – Pakistan has won 3 and Australia won 2.

All the numbers say, it is going to be closely fought series with a maximum possible context in terms of ICC Rankings prospects. Let’s see which team manages to extract the best results in next 5 days.

The Real Test Kicks Off at the Oval Tomorrow