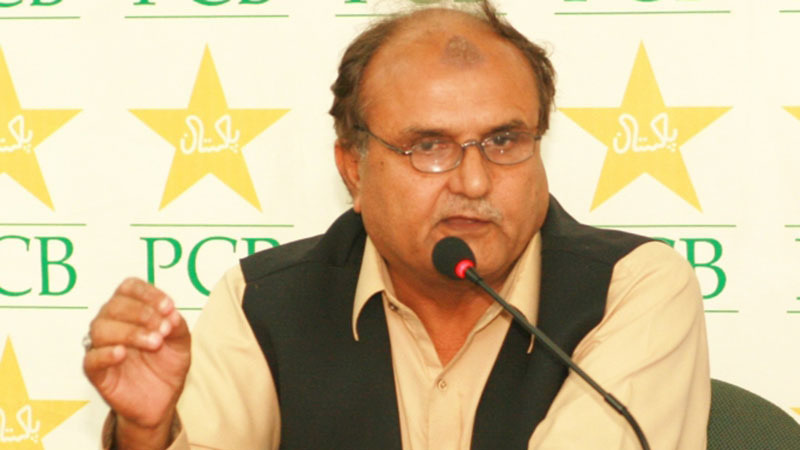 Former Test cricketer Iqbal Qasim has resigned as Chairman of PCB Cricket Committee, telling the Board that he can’t work as a dummy chairman. This is what the cricket community has learned from a PCB press release. According to the press release, Qasim wrote in his resignation: “He was a dummy chairman who cannot recommend a deserving match referee. It is painful to see injustice (being) done to cricketers who have played cricket, fulfill all criteria but suffering.”

Qasim who represented Pakistan in 50 Test matches and 15 ODIs, was appointed as chairman of Cricket Committee in January this year. He enjoyed vast experience of administration working as Sports Head in the National Bank of Pakistan sports department. He also served as chairman and member of selection committee, member of the domestic tournament monitoring committee and head of Karachi Regional Academy.

Besides, reviewing plans for promotion and conduct of game of cricket at all levels, plans for the development of Umpires, Referees and Curators were also under the domain of Cricket Committee. Qasim, as Chairman of the Committee, had recommended a deserving match referee to be elevated and his recommendation should have been endorsed by other members.

The PCB press release has tried to twist his fair recommendation. It said: “However, it was disappointing for the PCB to see its cricket committee chairman, instead of supporting meritocracy and respecting the decision of the independent panel, decided to resign after his ‘recommendation’ was not entertained”. This elucidation is unbelievable!

Qasim is known as an honest and dedicated administrator in cricket fraternity who can’t recommend an undeserving person. Certainly his recommendation was based on merit but it was unacceptable for the so-called independent panel.

Qasim was also a vocal supporter of departmental cricket and honestly felt its closure harmful for Pakistan cricket. This ill-conceived decision of the Patron-in-Chief has deprived hundreds of first-class cricketers from their jobs. Only in July last Qasim had also issued press statement urging upon the resumption of departmental cricket. Since then he was at the loggerheads with the PCB hierarchy and members of the Committee, all beneficiaries of departmental cricket, but yes men of the Patron-in-Chief. The PCB has lost a straightforward, honest and dedicated cricketer who had no vested interest. He served Pakistan cricket selflessly.

Qasim’s resignation has exposed the remnants of PCB Mafia. The reasons of his resignation are painful and disgusting which is a clear indication that the Mafia is not prepared to listen any sane advice or recommendation. The PCB Chairman Ehsan Mani and CEO Wasim Khan seem helpless in the presence of Zakir Khan, the Czar of PCB, and tainted Wasim Akram who was fined by Justice Qayum Commission for match-fixing. Qasim has set an example for others to resign honorably as their role in the present invisible hierarchy is nothing more than DUMMIES.

What was the fault of UBL cricketers?

World XI tour and its repercussions