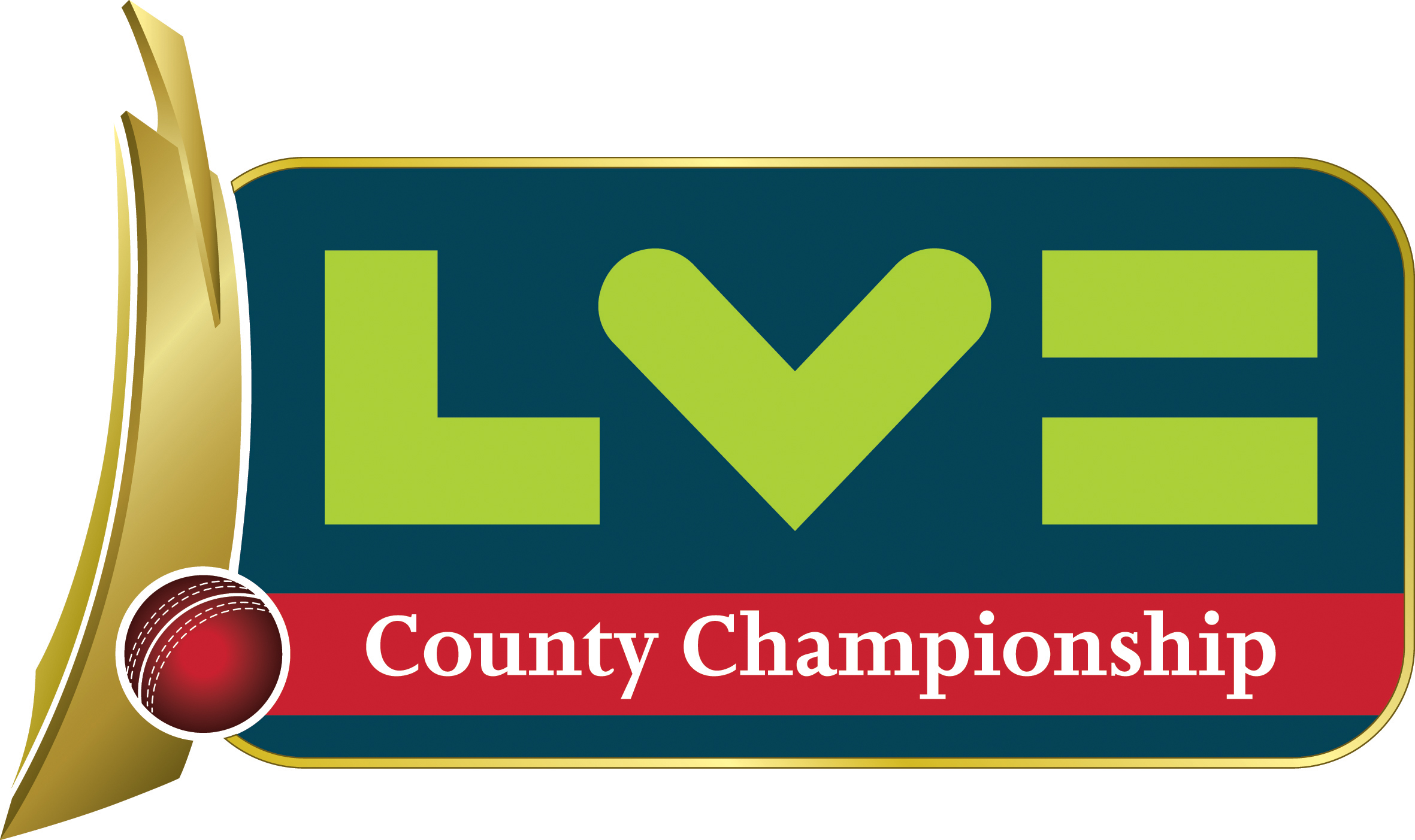 First-class cricket is the oldest and most important format of the game of cricket. It has always served as the backbone of International cricket and the stepping stone for any cricketer who has the necessary talent for the International level. Albeit a few God gifted players, the majority of players get tried, tested and groomed by playing first-class cricket in their country’s domestic competitions.

In todays world of marketing driven cricket complete with all the bells and whistles, the importance of first-class cricket is being neglected which in turn is being reflected on the technique and performance of the modern day cricketers. The game of cricket has also been smitten by the ‘Instant’ and ‘Fast-track’ bug. More and more ‘Instant’ cricket is being played domestically across the cricketing world. First-class tour matches are now extinct leaving no chances for players to regain their form before the international matches or in between them. This is putting a lot of unnecessary pressure on the players and hence short careers and injuries.

Not a lot of young cricket enthusiasts and fans are aware of the history of First-class cricket which goes back to more than two hundred years. The term First-class Cricket started being used in the early 19th century to roughly suggest that a match had a high standard. Before that such matches were called ‘Great’ or ‘Grand’ matches in the British Isles. In the absence of any organization to award status, this was left with the historians and statisticians of those days to make their own conclusions. At that time there was no concept of what later became Test Cricket, so an international match or a match involving major county clubs would be called a First-Class match. There were different arguments as to what date should be considered as a start date for First-class cricket for the purpose of keeping record. Dates such as 1772, 1801, 1815, 1864 etc. were considered. Lately the Association of Cricket Statisticians and Historians (ACS) has agreed on 1772 as the starting point for first-class cricket.

In Britain the term, First-Class Cricket acquired official status in May 1894 after a meeting between the Marylebone Cricket Club (MCC) and the County Clubs which were involved in the county championship since 1890. Due to this decision, the matches between those clubs became first-class from 1895 along with MCC, Cambridge University, Oxford University, cricket touring teams like Australia and South Africa, and any other match designated by MCC. However, the actual definition of first-class cricket was left vague.

Finally, on 19th May 1947 the then Imperial Cricket Conference (ICC) defined the term ‘First-Class Cricket’. The definition they came up with is

This definition of first-class cricket is still in vogue barring a few minor alterations. They also made it clear that the definition will not have a retrospective effect on matches before 1947 so all the matches played over less than three days and between 12 players will retain the First-class status.

First-class cricket has been a regular feature in the domestic cricket seasons of all full members of the ICC. Different formats and structures have been adopted. All have at least one major first-class competition which is considered the National Championship. Following is a brief overview of the domestic cricket seasons of the full members of ICC.

First FC Match: The first match which has been recognized as First-class in British Isles by majority of Historians and Statisticians was played between Hampshire and England at Broad Halfpenny Down, Hambledon on 24 & 25 June 1772. Hampshire beat England by 53 runs.

Main FC Competition: The main first-class competition in England is the County Championship. Although some historians suggest that the trophy was initiated as early as 1825, only from 1890 was the competition officially constituted by the counties themselves. The winner of the inaugural competition was Surrey.

First FC Match: The first inter-colonial match in Australia is ranked as the inaugural first-class fixture in that country. It was played between Tasmania(then Van Diemen’s Land) and Victoria at Launceston Cricket Club Ground, Launceston on 11 & 12 February 1851. Tasmania beat Victoria by 3 wickets.

Main FC Competition: The only first-class competition in Australia is the Sheffield Shield. The Earl of Sheffield was visiting Australia in 1891-92 and when he saw the popularity of the game, donated £150 to the New South Wales Cricket Association to fund a trophy for an annual tournament of inter-colonial cricket in Australia. The new tournament commenced in 1892-93 featuring the three colonies of New South Wales, Victoria and South Australia. Queensland were admitted to the Shield in 1926-27, Western Australia immediately after WW2 while Tasmania had to wait until 1977-78. The winner of the inaugural competition was Victoria.

First FC Match: The first three-day match played between two provinces is considered as the beginning of first-class cricket in New Zealand. The match was played between Otago and Canterbury at South Dunedin Recreation Ground, Dunedin on 27, 28 & 29 January 1864. Otego won by 76 runs.

Main FC Competition: In 1906-07, the Plunket Shield was presented by Lord Plunket, the Governor General of New Zealand to the New Zealand Cricket Council to be awarded to Canterbury as they were the best team of that season. Initially the shield was contested on a challenge match basis but in 1921-22 it was reorganized as league championship. Auckland, Canterbury, Otago and Wellington competed in the first competition. The Plunket Shield was renamed as Shell Trophy in 1975-76, State Championship in 2001-02 and finally back as Plunket Shield in 2009-10.

First FC Match: The first two innings a side two-day match between two British West Indian colonies – Barbados and Guyana (then Demerara and later British Guiana) – is regarded as the commencement of first-class cricket in the West Indies. The match was played at Garrison Savannah, Bridgetown on 15 & 16 February 1865. Barbados won by 138 runs.

Main FC Competition: It took exactly 100 years before the West Indian countries managed to organize a proper first-class tournament. This was due to the distances between the countries (then colonies), that such a tournament was not possible. The inaugural competition in 1965-66 was named Shell Shield after the sponsor Shell Oils. This competition is being played since and has been renamed as Red Stripe Cup in 1987-88, President’s Cup in 1997-98, Busta Cup in 1998-99, Carib Beer Cup in 2002-03, Headley-Weekes Trophy in 2008-09 and finally President’s Trophy in 2013-14.

Other notable FC competitions: Inter-Colonial Tournament (1892-93 to 1938-39). This was a triangular tournament between Barbados, Guyana (then Demerara and later British Guiana) and Trinidad.

First FC Match: The first Test match ever played by South Africa against England in 1888-89 is also the first in South Africa to be considered First-class. The match was part of the Major Robert Gardner Warton’s XI’s tour of South Africa. The match was played at St George’s Park, Port Elizabeth on 12 & 13 March 1989. England won the match by 8 wickets. The tour consisted of 20 matches but only two were designated as Test matches.

Main FC Competition: During the tour of the English side in 1888-89, Sir Donald Currie donated the Trophy as a challenge Cup to be awarded first to the team which excelled against the tourists and thereafter to be competed for by the provinces. Kimberly (now Griqualand West)were awarded the trophy but they lost to Transvaal, their sole challenger in the inaugural Currie Cup in 1889-90. The Currie Cup was renamed in 1990-91 as the Castle Cup, in 1996-97 as the SuperSports Series and in 2012-13 as the Sunfoil Series.

Other notable FC competitions: Howa Bowl (1972-73 to 1990-91). This competition was organized by the South African Cricket Board for non-white players during the apartheid days. It was recognized as first-class after the apartheid policies came to an end; CSA Provincial Three-day Challenge (2004-05 to date)

First FC Match: The first Presidency match in 1892-93 is considered as the beginning of domestic first-class cricket in India. It was played between Europeans and Parsees at Gymkhana Ground, Bombay on 26 & 27 August 1892. The match was drawn as there was no play on the second day due to rain.

Main FC Competition: India’s main first-class competition is Ranji Trophy. This championship was instituted in 1934-35 to commemorate the great Ranji—Prince Kumar Shri Ranjitsinhji, who had died the previous year. The inaugural Trophy was won by Bombay.

First FC Match: The inaugural first-class match played on the Sri Lankan soil was between the touring W.E.Lucas’ Bombay XI and J.Rockwood’s Ceylon XI at Nondescripts Cricket Club Ground, Colombo on 12 & 13 February 1926. The match was won by J. Rockwood’s Ceylon XI by 7 wickets.

Main FC Competition: Sri Lanka’s main first-class tournament is called the Premier league. It was instituted in 1988-89. Initially it was called Lakspray Trophy. It was renamed as P.Saravanamuttu Trophy in 1990-91 and as Premier League in 1998-99. The inaugural trophy was shared by Nondescripts CC and Sinhalese CC as the final was drawn.

First FC Match: Pakistan’s inaugural first-class match was played just after four months of creation of the new country. The match was played between West Punjab and Sindh at Bagh-e-Jinnah ground, Lahore on 27, 28 & 29 December 1947. All leading players from the Northern India, Southern Punjab and Sindh participated. This match was organized to raise fund for the refugees. West Punjab won by an innings and 68 runs.

Main FC Competition: Pakistan’s main first-class tournament, The Quaid-e-Azam Trophy, was instituted in 1953-54 in memory of the founder of Pakistan – Muhammad Ali Jinnah. Since its inception there have been a number of changes in its format and the number of participating teams. The winner of the first competition was Bahawalpur.

First FC Match: After Zimbabwe became an independent country in April 1980, Middlesex toured in September and played three matches of three-day duration. The first match between Zimbabwe and Middlesex is considered as the beginning of first-class matches in the new country. The match was played at Salisbury Sports Club, Salisbury on 27, 28 & 29 September 1980. The match ended in a draw.

Main FC Competition: Zimbabwe’s only first-class tournament is Logan Cup. It was initiated in 1993-94 and was contested by four teams. The inaugural competition was won by Mashonaland Under 24.

First FC Match: West Indies A team toured Bangladesh in 1998-99 and played a three day match against Bangladesh. This match is considered the beginning of first-class matches in Bangladesh. The match was played at Bangabandhu National Stadium, Dhaka on 12, 13 & 14 November 1998. West Indies A won by 8 wickets.

Main FC Competition: Bangladesh’s main first-class competition, The National Cricket League was organized in 2000-01. In fact, this championship was also played in the previous season but was not ranked first-class. The 2001-01 League was won by Biman Bangladesh Airlines. 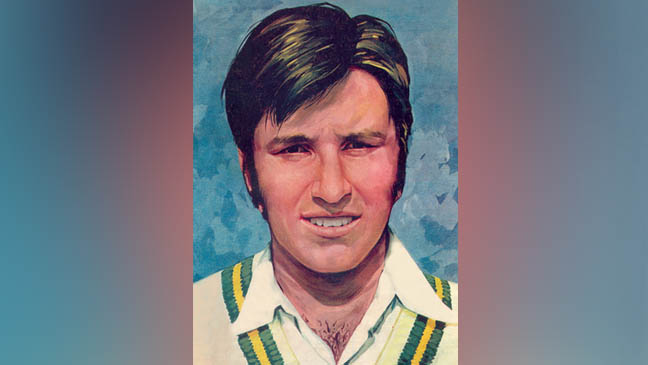 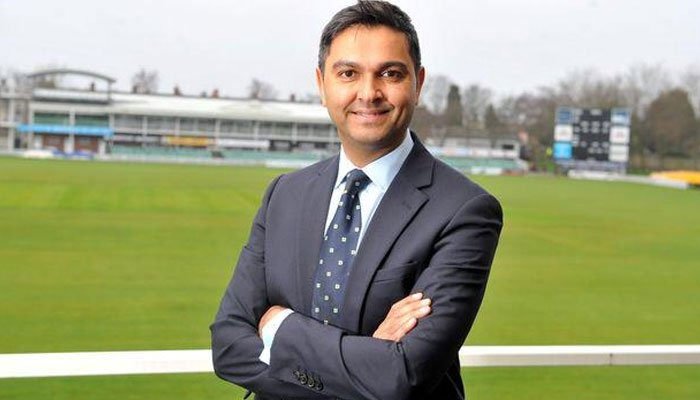 Victory has many Fathers