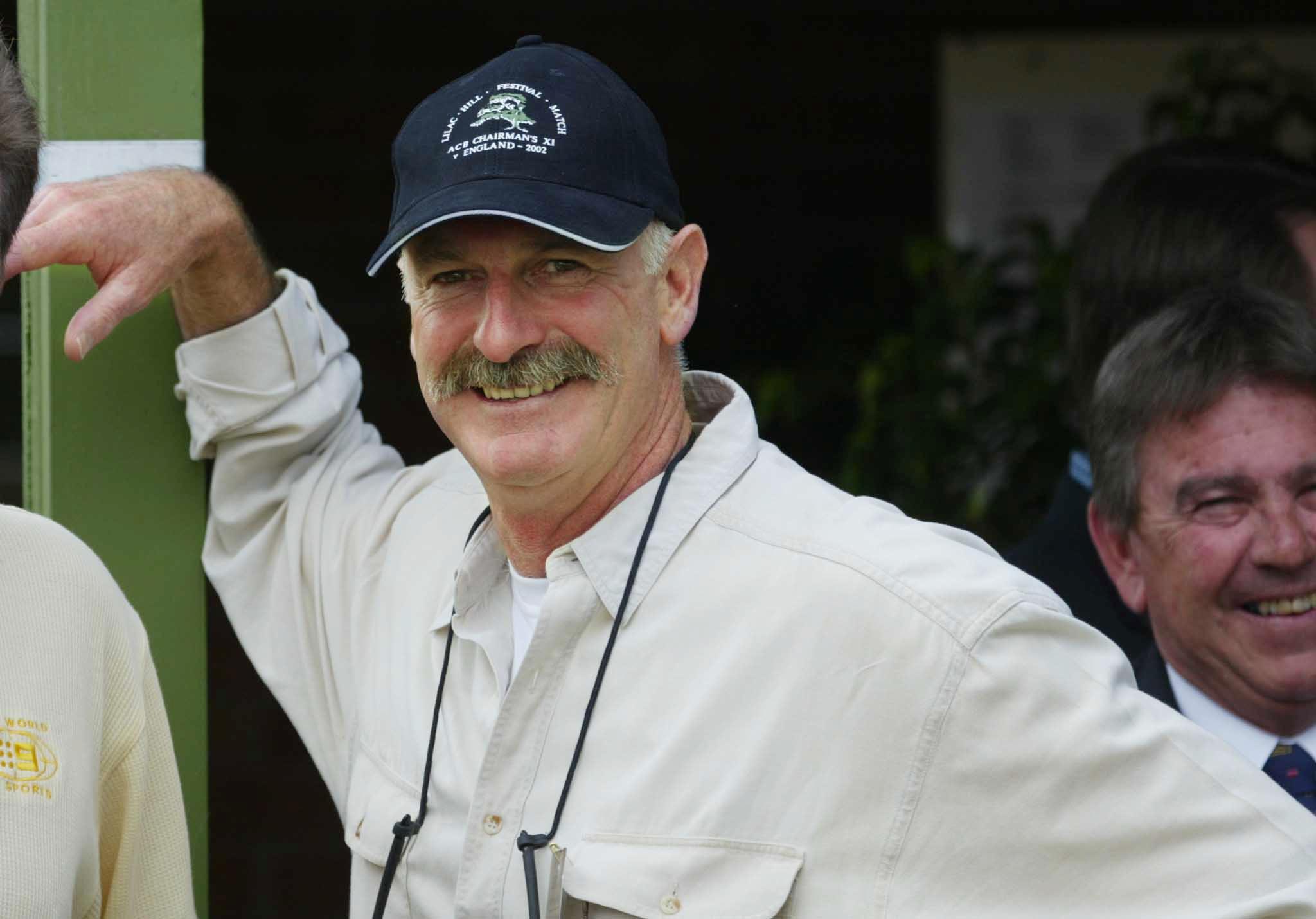 “C’mon Lillee C’mon” was the chant which reverberated through the MCG in the seventies whenever Australia’s favorite son held the red cherry in his hand on top of his run, ready to prowl upon the lonely figure standing far away at the wicket with a mere cricket bat in his hand as a defense.

As Lillee stepped into his rhythmic run up and picked up pace, the chants grew louder and reached absolute frenzy when Lillee exploded into his beautiful and animated delivery stride before releasing his 90 mph thunderbolt. A sight to behold indeed! 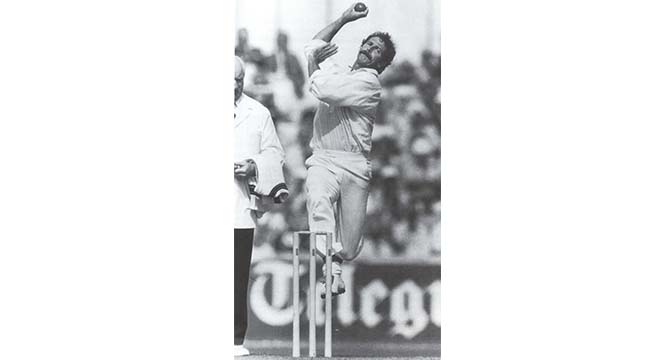 Though not comparable in stature to his fellow countryman Donald Bradman, Lillee remains the first pick amongst the fast bowlers whenever any scribe or former player or even a panel pencils down bowling choices for an all time World XI.

One can argue about Shane Warne or Muttiah Muralitharan just like for majority of other places in the all-star side with players to choose from rich history of 140 plus years, yet Lillee remains the undisputed leader of the fast bowling pack ever to grace any cricketing green.

What made Lillee so special? It was not about sheer pace. There have been bowlers who bowled at a pace quicker than him like his team mate Jeff Thomson and the entire killer squad of the Caribbean pace battery of the seventies and eighties.

Was it swing and seam? Pakistan’s lot led by Imran Khan and Wasim Akram combined lethal pace with masterly reverse swing or the English and Kiwi bowlers like Alec Bedser and Richard Hadlee, who were the most disciplined and yet the most penetrative of the lot. Lillee is rated above all of them solely due to the reason that he was a complete fast bowling package. A master his craft. He was an aggressor with mind of a genius. Speed, athleticism, craft, ingenuity, passion, rebellion and showmanship, all these traits molded into this one lithe frame of West Australian origin to form the greatest fast bowler of all times.

Controversies followed Lillee like a media star. Be it his on the field combat against Pakistani skipper Javed Miandad when Lillee kicked Miandad or be it the small matter of betting against his own team on the 1981 tour of England when he and his mate wicket keeper Rod Marsh put a ten pounds wager which they later referred as a mere joke, Lillee was the enfant terrible of his cricket times. 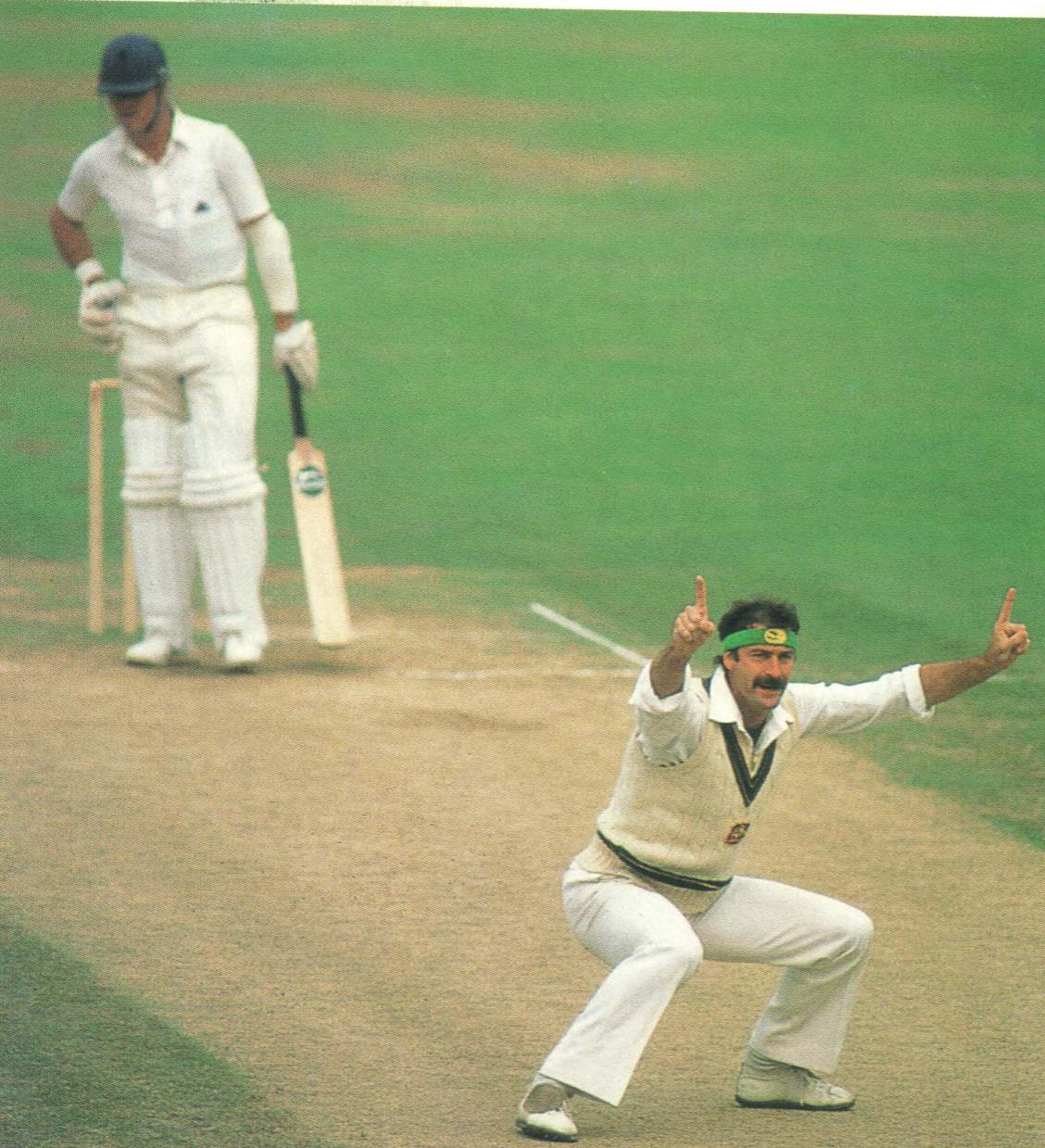 The top of the lot however was when in 1979 Lillee in a Test match against England, walked on to the playing field with an aluminum bat instead of the standard wooden version and started batting with it. When umpires noticed and objected to it Lillee entered into an on the field heated exchange with the umpires and English skipper Mike Brearly. When he was finally forced by his own skipper Greg Chappell to use the standard version, Lillee used all his strength to throw away the aluminum bat like a javelin, which landed some forty meters ago.

Astonishingly Lillee’s act of total insubordination and subsequent outrage was totally ignored and he was not even reprimanded by either ACB or ICC. Imagine such an incident happening today and the player irrespective of his standing going unpunished. Inconceivable!

Lillee’s greatest partnership was not with one of his fast bowling mates but with the man titled “Iron Gloves” who stood behind stumps throughout Lillee’s career and scooped off 95 catches off Lillee’s bowling. Yes its Rod Marsh, Lillee’s partner in crime and best mate hailing from the then unfashionable state of Western Australia and together they went on to become the most prolific bowler-keeper partnership in the history of the game.

Another record which Lillee holds is the maximum number of wickets by a fast bowler in a calendar year. He took 85 wickets in Test matches during 1981 and subsequently only two spinners Warne and Muralitharan have exceeded his feat and no fast bowler has been able to challenge his unique accomplishment.

On the bowling crease Lillee has partnered a host of characters who represented Australia with varying degree of success and distinction. In early seventies it was Bob Massie who shone brightly on the 1972 tour England, taking 16 wickets in his debut match at Lord’s and sliding back into oblivion as quickly as he had emerged. Max “Tangles” Walker, Gary Gilmour and Len Pascoe also had brief stints but his most renowned and feared combination was with Jeff Thomson arguably the fastest bowler ever and definitely the fastest one around in the seventies. Together with Thomson, Lillee formed a pace bowling strike force with very few rivals in the history of the game.

“Ashes to ashes, dust to dust,

If Thommo doesn’t get ya, Lillee must”

This was the war cry touring Englishmen were subjected to on the 1974-75 Ashes series in Australia when their strong batting line was reduced to a collection of mentally and physically broken individual all unwilling to venture to the batting crease by the Lillee -Thomson pairing. The same treatment was handed over to the West Indians over the next season that were a much more courageous lot and yet ended up with similar results.

Lillee’s next major bowling partner was another West Australian Terry Alderman who with a deceptively smiling exterior but a masterly control over swing and seam established himself in the Australian side. It was in Lillee’s mentorship that Alderman and Geoff “Henry” Lawson went on to become world class opening bowlers.

His performance in the Centenary Test at the same venue against old foes England and his memorable afternoon burst against the 1977 touring Pakistanis which cut their strong batting line down from a comfortable 270 for 2 to 333 all out are also two of his legendry master pieces.

This mentorship highlighted another aspect of Lillee’s awesome personality and talent which was put to great use by the Indians after Lillee’s retirement who appointed him as the head of Indian pace bowling academy in Chennai which changed the mindset and orientation of Indian bowling attack from an all spin to a more balanced pace-spin combo. Under Lillee’s tutorship this academy yielded a number of good Indian fast bowlers like Javagal Srinath and since then India is no longer regarded as a spin dominated attack capable of performing only in India.

Melbourne’s MCG remained Lillee’s favorite hunting ground despite its sluggish wicket. Perhaps it was the Boxing Day magic which inspired Lillee to scale greater heights. Lillee broke West Indian off spinner Lance Gibbs’s world record for most Test match wickets at the MCG. He also recorded his best bowling figures in an innings against the West Indies there and four of his seven career ten wicket hauls came in Melbourne. 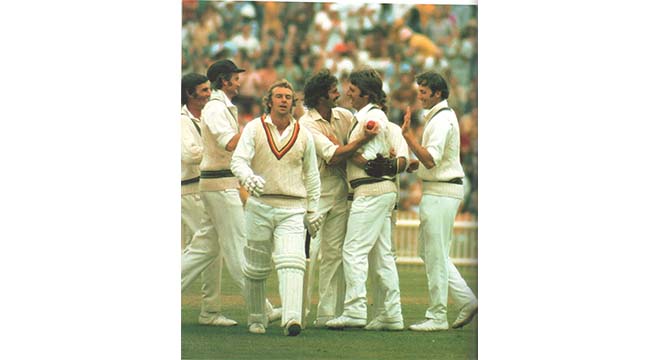 His performance in the Centenary Test at the same venue against old foes England and his memorable afternoon burst against the 1977 touring Pakistanis which cut their strong batting line down from a comfortable 270 for 2 to 333 all out are also two of his legendary master pieces.

Lillee’s true grit is judged by the way he fought two career ending stress fractures of the back in 1973 and 1977 and emerged a fitter and even more ferocious bowler. It was Lillee who transformed the art of appealing from a polite and submissive enquiry to the umpire to a life threatening ultra- aggressive finger pointing mannerism which was later adopted by many generations of fast bowlers.

However the sight of Lillee pleading his case in the most emphatic way remains one the most original and compelling sights of cricket. If there was one cricketer who could hold his own in the Hollywood Western classics challenging John Wayne and Clint Eastwood, it was Dennis the Menace.