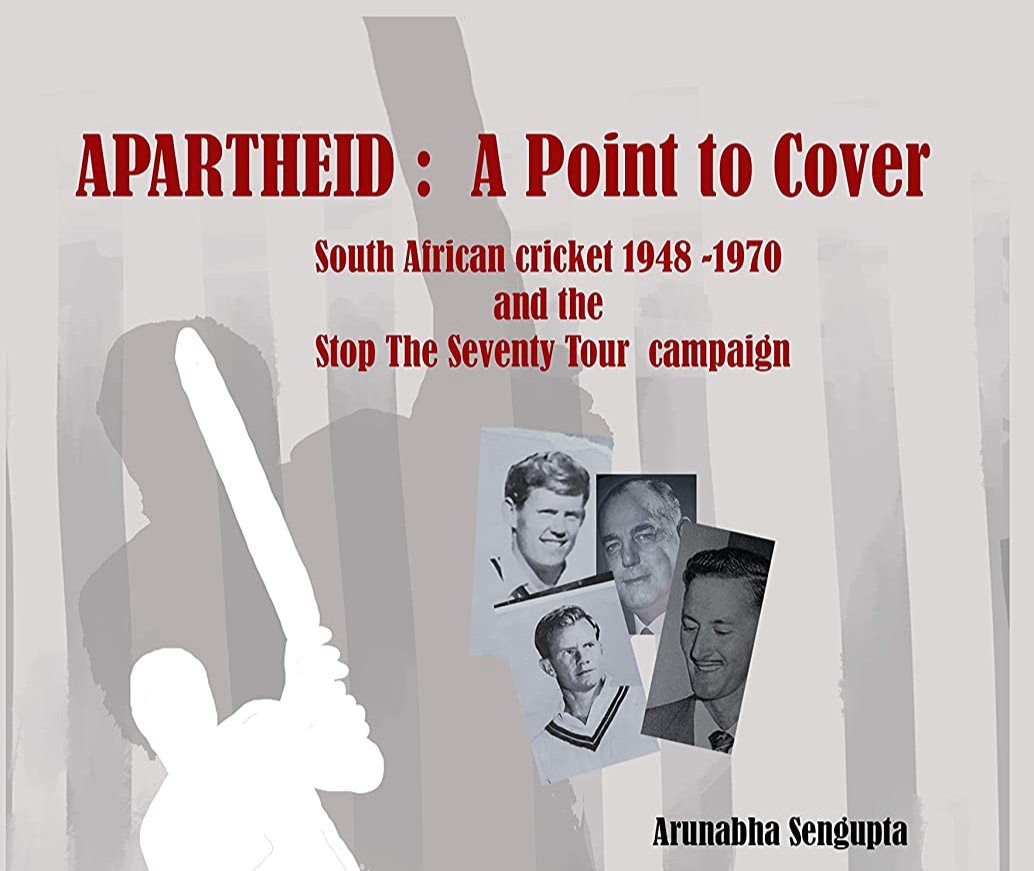 The proposed South African cricket tour of England in 1970 was cancelled as a result of an incredible campaign carried out by a young group of activists – the Stop The Seventy Tour movement led by the 20-year-old Peter Hain.

The immediate trigger was the refusal of the South African government to admit cape coloured cricketer Basil D’Oliveira as a member of the England cricket team, resulting in the cancellation of England’s previous tour in 1968-69.

However, in a broader sense, the campaign was the result of a long history of subjugation and exploitation of the non-whites in South Africa, and the social discrimination was reflected in the way they were marginalised in the sporting world.

This new book by Amsterdam-based author Arunabha Sengupta takes a detailed look at this social history of South Africa through the prism of White and non-White cricket, covering the turbulent apartheid era of 1948-1970, reaching its fascinating climax with the unique campaign.

First and foremost it is a cricket book. Thereafter it is a book on social history.
Hence, the excitement of the South African Test matches between 1948 to 1970, several thrilling series contested during the period, are all captured in detail.
The book also covers the pathbreaking tours to East Africa and Kenya undertaken by the first ever non-white South African SACBOC sides. Yes, the non-whites had to play the non-white countries while white South African teams played regulation Test cricket against other white countries who willingly turned a blind eye to the heinous apartheid policies. Things were that complicated then.

At the same time the book provides a proper picture of the landscape of cricket and society in the country, the social inequality and segregation and how it was reflected in the game. We come across segregation laws, brutality of the secret police, detention without trial, the Treason and Rivonia Trials, the activities of African National Congress, Pan African Congress, the tumult surrounding Nelson Mandela, the atrocities of Sharpeville etc.

Finally, it is the story of the lives of two protagonists of the book. The young Peter Hain as he grew up in South Africa as the child of white activist parents and his evolution into anti-apartheid direct action. And then there is Basil D’Oliveira., the most amazing of cricketers, and his prolonged struggled to demonstrate full expression of his talents as a Coloured cricketer. 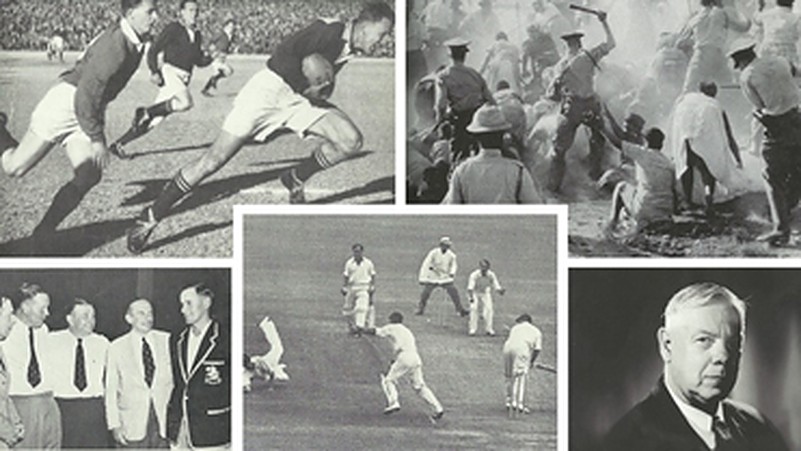 The book has received some excellent reviews.
Veteran cricket writer David Frith says: “Anyone searching for an in-depth analysis of cricket’s anti-apartheid drama of 50 years ago (and more) is most adequately served by Arun Sengupta’s offering.” He adds that “It is written at galloping speed and is an extraordinary book.”

According to multiple award winning cricket author Stephen Chalke: “I am immensely impressed by the research that has gone into the book, the way so many threads are gathered together in telling the story. I love the flickering style of it, moving from scene to scene with such an eye for the telling detail. Full marks to Arun Sengupta for taking a well-worn subject and creating such an original book.”

Noted cricket book reviewer Martin Chandler writes on his Cricketweb website: “The book is highly recommended. It was an ambitious project which Sengupta has completed in some style.”

Peter Hain, the 20-year-old activist leader of 1970, is now a 70-year-old peer, Lord Hain of Neath, with a successful career in the parliament behind him. He himself provides the introduction and writes: “For cricket and sports lovers, as well as those intrigued about the most institutionalised infestation ever of racist politics into sport, this book is a real treasure trove. Arunabha Sengupta has crafted a wonderful story of people who defied the odds and ultimately triumphed by ensuring that today sport in South Africa is organised according to the normal principle of selection and competition on merit – not race. His meticulous research and engaging photographs make this an even more compelling read.”

Apartheid: A Point To Cover by Arunabha Sengupta

Sri Lanka sweat over Mathews fitness ahead of Bangladesh ODI