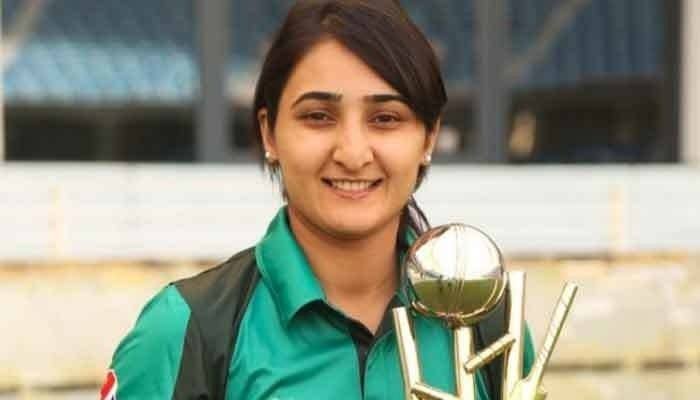 Karachi: Pakistan women cricket captain Bismah Maroof has said that sharing championship points, on India’s refusal to play with Pakistan, was disappointing and the Pakistan Cricket Board (PCB) should explore legal avenues in this regard.

“Definitely, if the PCB opts for a legal course and approaches the Dispute Resolution Committee, I will back them”, Bismah said.

Addressing a video conference on Tuesday, the left-handed batter further said that sport and politics should never be mixed.

“The legal department of the PCB is reviewing this case and as a captain and player I will back the board’s decision”, Bismah added.

Pakistan Cricket Board (PCB) has already expressed its disappointment with International Cricket Council’s decision to split points for an ICC Women’s Championship series between India and Pakistan that went unplayed after the BCCI was unable to obtain permission from the Indian government to go ahead with the series.

The decision meant India qualified for the 2021 Women’s World Cup, while Pakistan was consigned to playing the qualifiers, finishing on 19 points compared to India’s 23.

About women cricketers’ activities during the lockdown, Bismah Maroof was of the opinion that fitness plans had been shared with players in two groups and trainer’s directives are being followed.

“Trainer Imran Khalil has been in touch with two groups of girls – seniors & under-23 – and giving directives regarding fitness drills”, Bismah said.

The captain paid rich tribute to Sana Mir, who recently retired from international cricket after serving Pakistan for about 15 years.

On a question, Bismah mentioned India’s Harmanpreet Kaur and Mithali Raj in her World-XI and also described Virat Kohli as her favorite cricketer by praising him for his work ethic and consistency.