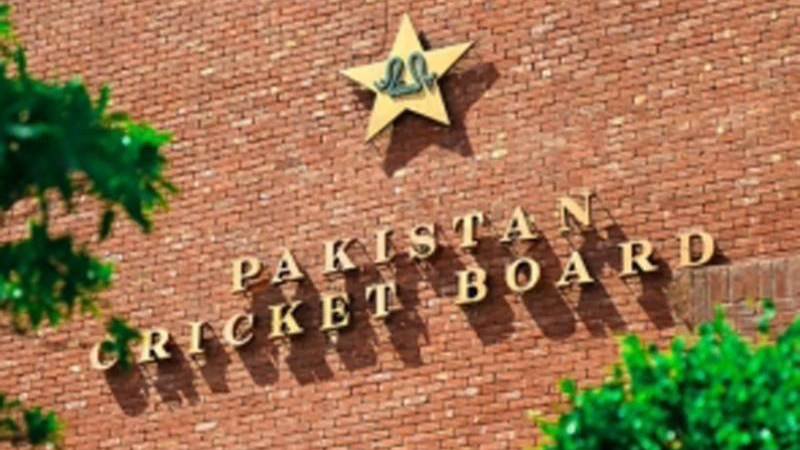 Lahore: Investing in quality coaching skills to create winning environments, while continually developing world’s best international players, has been at the heart of coach requirements behind which the Pakistan Cricket Board today announced a star-studded line-up of coaches for the National High Performance Centre and six Cricket Associations for the 2020-21 domestic cricket season following a comprehensive performance review and robust recruitment process.

The list of coaches is headed by Pakistan’s fourth highest Test run-getter and second most runs scorer in ODIs, Mohammad Yousuf, who has been appointed as the batting coach at the National High Performance Centre (NHPC) in Lahore. Yousuf scored 7,530 Test and 9,720 ODI runs in a career spanning from 1998 to 2010.

Joining Yousuf at the NHPC is former wicketkeeper Atiq-uz-Zaman and tear away fast bowler Mohammad Zahid.

Atiq played a Test, three ODIs and 69 first-class matches from 1996 to 2007 and broke a longstanding record for the highest number of dismissals in a season in 2000-01 with 76 victims, while Zahid played five Tests, 11 ODIs and 43 first-class matches before a back injury cut short his promising career. Zahid is the only Pakistan bowler to take 10 or more wickets on Test debut.

With Mushtaq Ahmed already working as spin bowling consultant, the NHPC is now fully loaded with experienced coaches to hone the skill and talent of promising young cricketers and prepare them for challenges at the highest level.

Furthermore, these four coaches will also support and supplement the national teams’ player support personnel to help the elite cricketers continually improve their skills and prepare appropriately for success at international level.

Mohammad Yousuf, former Pakistan captain: “My ambitions in making a career in coaching are an open secret but it was all about the timing and a proper roadmap for our future cricket in which I could contribute effectively. I believe this is the right time for me to start my second innings as I can sense the intent and optimism in the approach.

“I am delighted to have been offered this opportunity and I firmly believe I can help young cricketers by transferring my knowledge and experience, which I have acquired after being part of one of the brightest and formidable eras of Pakistan cricket.

“This will be an exciting and challenging task but I am up for it and look forward to making a meaningful contribution.”

The performance review and recruitment process, which included survey, self- assessment, 360-assessment, panel interview and application process, was carried out by Grant Bradburn (Head of High Performance Coaching), Saqlain Mushtaq (Head of International Player Development) and Shahid Aslam (National Men’s Team Assistant). They submitted their recommendations to Director – High Performance, which were subsequently approved by the Chief Executive. Members of the PCB Cricket Committee were kept abreast of the process and developments.

Other changes in the NHPC coaching panel are: Abdul Majeed and Mansoor Rana (transferred to International Cricket department as fielding coach and team manager of the men’s national cricket team, respectively), Mohsin Kamal (released) and Mohtashim Rasheed (transferred as player support personnel with the Pakistan U19 cricket team).

Saqlain Mushtaq, Head of International Player Development: “It has been a rigorous 360-degree review and recruitment process, and in the end, I am happy that we have been able to attract some of the very best ex-international and domestic performers strictly on merit of their coaching ability. I am convinced they will contribute selflessly in making our 2020-21 domestic season stronger and more competitive.

“We have been very conscious of coaching combinations, appointing where possible a blend of skill sets within each association, with succession planning also a strong consideration.

“A number of newly-appointed coaches are known for playing an aggressive brand of positive cricket, and I hope they will induce the same spirit in their sides as we remain committed to closing the gap between our domestic cricket and international cricket.”

Nadeem Khan, Director – High Performance: “I welcome all the new coaches who will be supported and trained to deliver the coaching our players require for success on the international stage.

Our coaches will be respected leaders, hold strong relationships, be quality communicators and expert at creating winning plus learning environments.

“I also want to thank all the outgoing coaches for their contributions and urge them to remain involved with this great game as the PCB is optimistic there will be future opportunities in the game, both as coaches and consultants.

“When the PCB had launched the revamped domestic structure last year on 29 August, it had announced it was an evolving process and changes will be made to further strengthen the structure. Due to paucity of time last season, the coaches couldn’t be appointed through a review, analysis and recruitment process, which we have corrected this year.”

Following changes of first XI head coaches, there has been a reshuffle in the men’s national selection committee.

Afghanistan must live up to expectations in debut Test: Stanikzai

De Villiers gets South Africa home with a ball to spare