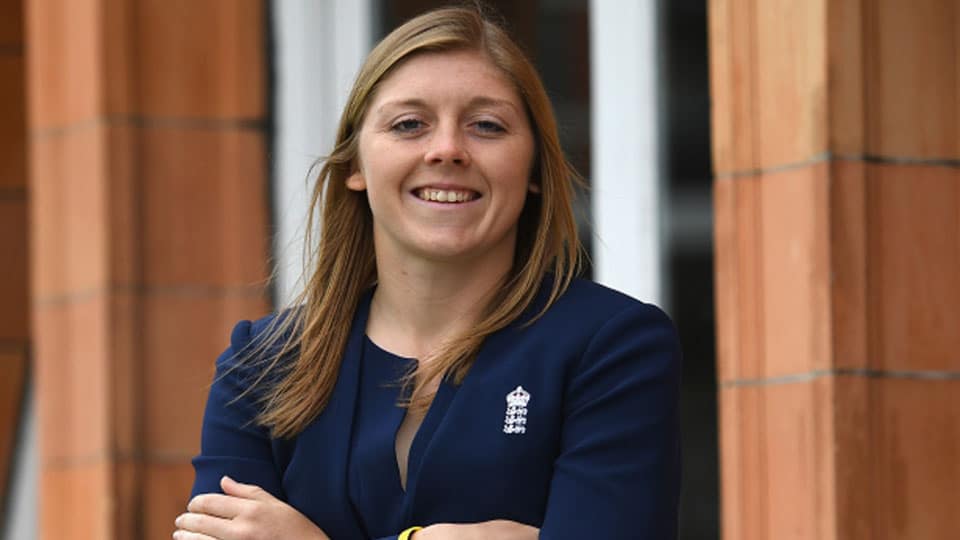 Bristol: Captain Heather Knight said England are yet to reach their best in the Women’s World Cup, despite  beating South Africa by two wickets at Bristol on Tuesday to reach the final.

Sarah Taylor top-scored for England with a crucial 76-ball 54 as South Africa fought back hard in the latter stages to take the semi-final down to the clsoing over in their attempt of defending 218.

Two-time World Cup winners England will find out who they play in Sunday’s sold-out final at Lord’s when reigning champions Australia take on India at Derby on Thursday.

“We haven’t put in the perfect performance together,” Knight said afterwards, acknowledging there were areas England needed to improve in ahead of the final.

“The wicket was used and quite tired, so we were quite smart with our bowling.

“Potentially in the field there’s a few extra runs in a close match like that that plays on your mind as it gets close. It’s not ideal that one of the top five didn’t bat through and be there at the end. It would have made it a lot easier.

“There’s still one game to go and if we put our perfect performance in then I’ll be a very happy captain.”

Set 219 to book a place in the showpiece finale, England made hard work of completing the chase after losing six wickets for 78 runs.

But they kept their cool in a nervy final over as Anya Shrubsole – with two runs required from three balls – hit her first delivery for four to secure victory.

That England were in a position to win the match after such a collapse was thanks to the third-wicket partnership of 78 from Knight and Taylor, who returned to the England fold for this tournament after a year-long break from the game.

But Knight admitted England could now allow themselves to think about playing at the ‘home of cricket’.

“A final at Lord’s at a home World Cup, sold out, there’s nothing better than that for me.

“We set out to try and sing that song at Lord’s, everything we’ve done in the last 18 months has been towards that.”

Although defeated, South Africa captain Dane van Niekerk heralded her team’s effort, as they competed in their first World Cup semi-final since 2000, and hoped reaching the knock-out round will inspire a new generation of players back home.

“After this tournament and the performances our team have put in, you know, a lot of girls get a bit more interested in the game and try and play it and hopefully get excited for the game,” she said.

Karachi Whites vs SSGCL, Muhammad Hasan scored 125 and 100* in the match