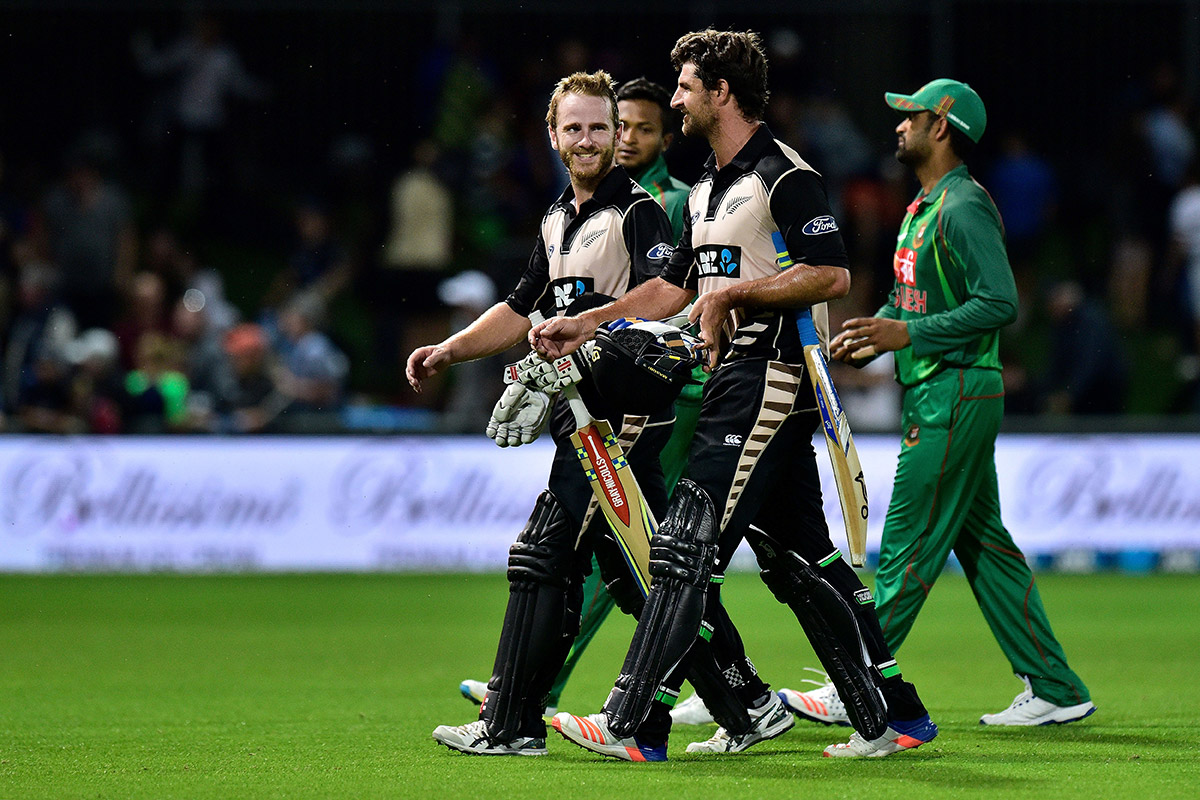 Napier: Kane Williamson belted 73 off 55 balls as New Zealand cruised to a six-wicket win over Bangladesh in the first Twenty20 match in Napier on Tuesday.

New Zealand cut down their 142-run target with two overs to spare as captain Williamson held the innings together with support from Colin de Grandhomme after the first four wickets fell cheaply.

New Zealand were four for 62 when de Grandhomme went to the crease and added 41 off 22 in an 81-run stand with Williamson.

It was Williamson’s highest Twenty20 innings, one run more than his unbeaten 72 against Pakistan a year ago, while de Grandhomme’s previous best was eight against Zimbabwe four years back.

Bangladesh, looking to turn the tables in the shortest form of the game, opted to bat on a flat wicket after winning the toss but could only manage 141 for eight.

Mahmudullah, who had been out of form in the ODIs, came right with a knock of 52 in the only innings of note with Mosaddek Hossain adding 20 and New Zealand’s 18 wides was the third highest contributor to their total.

Mahmudullah kept out a yorker to avoid a hat trick with the first ball he faced after New Zealand debutant Lockie Ferguson took the wickets of Sabbir Rahman and Soumya Sarkar with his first two deliveries.

Ferguson also bowled Mahmudullah in his last over to finish with three for 32 while fellow debutant Ben Wheeler took two for 22.

Bangladesh felt they were still in the game when top-order big hitters, Neil Broom, Colin Munro, Corey Anderson and Tom Bruce were all removed cheaply.

Broom was out for six when Shakib Al Hasan pulled off a sensational as he sprinted around the boundary to take the ball.

He then flicked it in the air before momentum took him across the rope and then stepped back into the field of play to complete the catch.

Mustafizur Rahman, who removed Munro without scoring, was the most economical of the Bangladesh bowlers with one for 21 off his four overs.