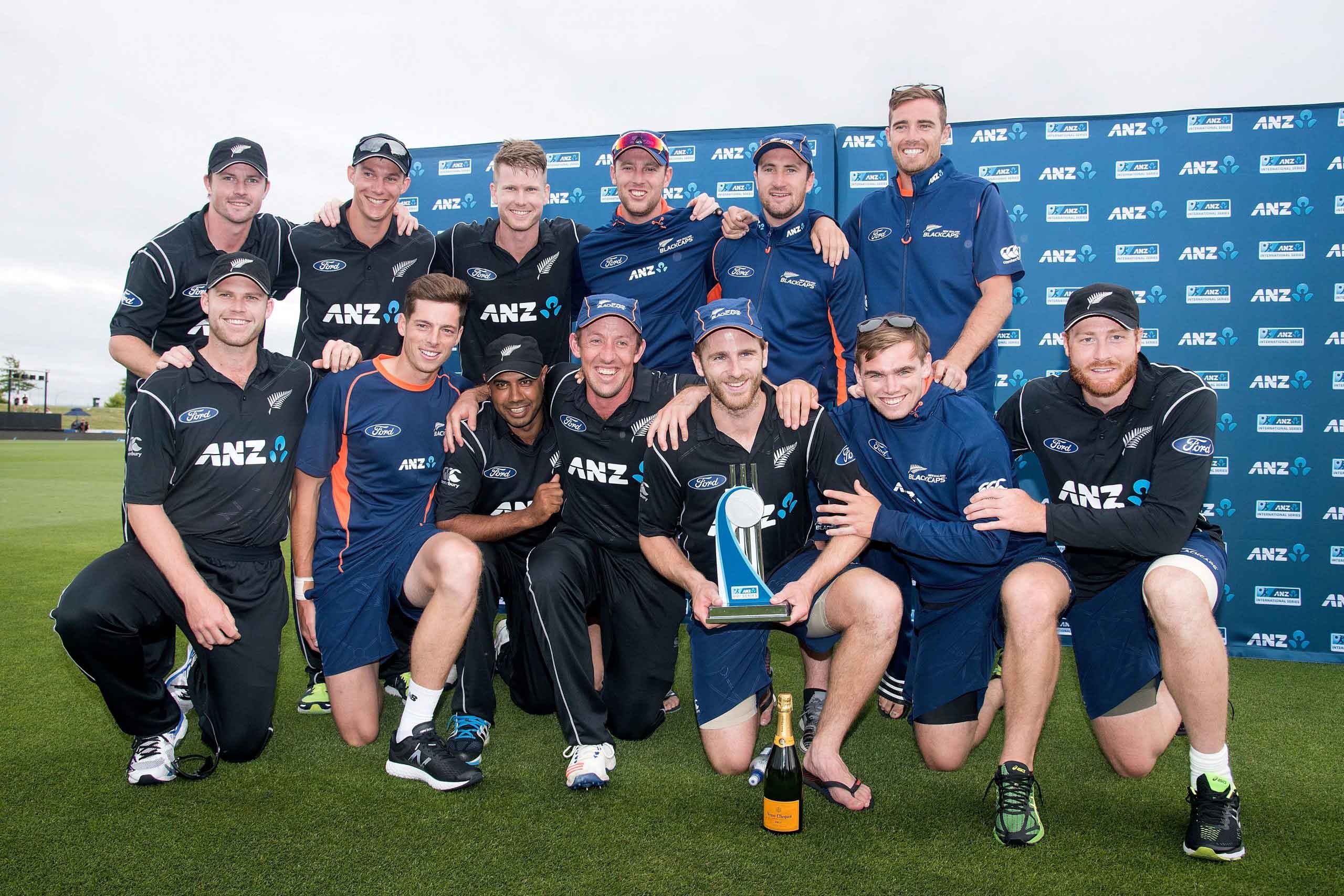 Williamson was left unbeaten on 95 while Broom fell just before the close for 97 as the hosts overhauled Bangladesh’s 236 for the loss of only two wickets to sweep the series 3-0.

For the 33-year-old Broom, battling to prove he deserves to stay in the squad, it was his second consecutive match-winning performance after his unbeaten 109 when New Zealand won the second match by 67 runs.

Broom, who scored 22 in the first match, which New Zealand won by 77 runs, was recalled for the Bangladesh series after nearly seven years in the wilderness to cover the number four batting slot while Ross Taylor recovers from eye surgery.

He has since been the home side’s stand-out performer, not only with his prolific scoring, but also his magic touch in the field with some athletic catches.

Williamson was full of praise for his batting partner and his contribution to help the side bounce back from the 3-0 hiding they suffered against Australia earlier this month.

“He’s shown his experience in these last two games in particular — huge contributions which certainly were what the side was after to get across the line,” Williamson said.

After the Australian nightmare, Williamson said New Zealand needed to improve and the third Bangladesh match “was far more the complete performance we were after.”

Bangladesh skipper Mashrafe Mortaza said his side have to pick themselves up before they meet New Zealand on Tuesday in the first of three T20 fixtures.

“As a team we have to improve lots,” he said.

“We had a good partnership in opening and we lost the game. There were some good individual performances but as a team we couldn’t go through.”

After Bangladesh won the toss and elected to bat in Nelson, Imrul Kayes and Tamim Iqbal produced a century opening stand in 21 overs to set the tourists up for a big finish.

But when Imrul slashed at a Mitchell Santner delivery and the ball flew high behind the wicket, Broom sprinted nearly 20 metres and dived to take a spectacular one-handed catch and break the partnership.

Imrul’s dismissal for 44 opened the floodgates and despite the pitch holding no dangers, most of the remaining Bangladesh batsmen were unable to settle in.

Broom was again in the play to catch Tamim for 59 as the top six Bangladesh wickets fell for 68 runs and only Nurul Hasan with 44 from 39 balls offered late resistance.

Bangladesh briefly felt they could defend 236 when Tom Latham (four) went in the second over, Martin Guptill retired hurt on six and Broom edged Mashrafe Mortaza straight to Imrul at first slip before getting off the mark.

But Imrul dropped a regulation offering allowing Broom and Williamson to embark on their 179-run stand for the second wicket.

He was left five runs short of what would have been his ninth ODI century when Jimmy Neesham came in at the fall of Broom’s wicket to hit a rapid 28 to end the match.

In the final few overs, Neesham toned down his lusty hitting in an apparent attempt to let Williamson reach his milestone.

But after a mid-wicket conversation with his captain, Neesham was evidently told to finish the match, which he did with a boundary off the next ball.

The series now moves on to three T20s to be followed by two Tests.