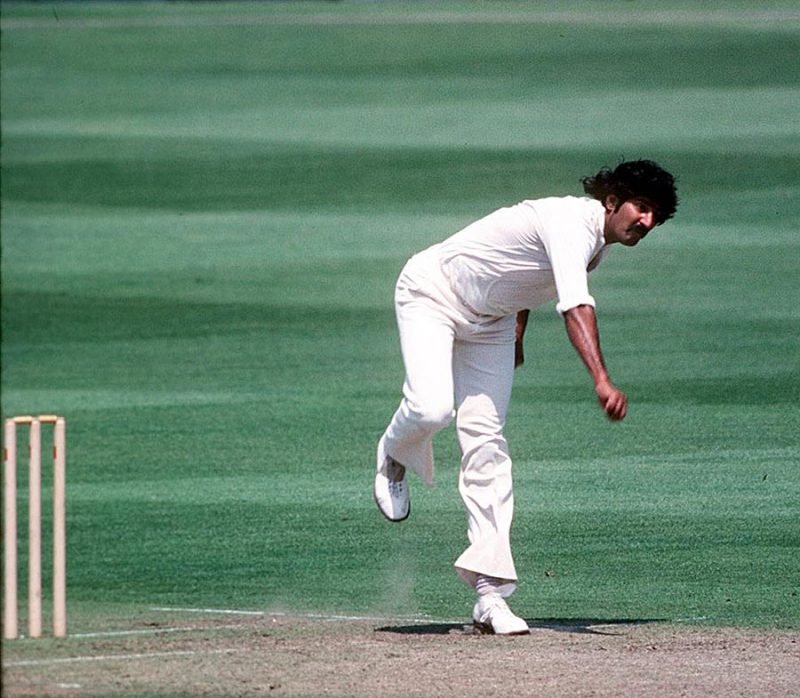 London: The International Cricket Council (ICC) board meeting on Wednesday could see the global governing body uphold a recommendation to prohibit the use of saliva in order to stop the transmission of the novel coronavirus (Covid-19).

Bowlers traditionally get the ball to move or swing in the air, thereby making it harder for batsmen to hit, by applying shine to one side via sweat — which can still be used — or saliva.

However, as a temporary measure to combat Covid-19, the ICC’s cricket committee has suggested banning the use of saliva.

One of the most extraordinary individual performances in cricket history saw Australia swing bowler Bob Massie take 16 for 137 on his Test debut against England at Lord’s in 1972.

Yet Massie won just five more caps and took only 15 more wickets, with the bowler himself saying he had struggled on a subsequent tour of the West Indies where he adjusted his action and was never the same cricketer again.

Massie’s remarkable maiden Test and the lavish swing he generated at Lord’s led to suggestions he’d applied lip salve to the ball in order to maintain the shine — an accusation he has always denied.

It used to be thought that as a cricket ball got older it would swing less.

But a technique pioneered by Pakistan paceman Sarfraz Nawaz, partly in response to the slow and batsmen-friendly pitches of his homeland, led to the development of reverse swing.

“Just using sweat won’t be of much help because that will only make the ball wet and that shine will be missing,” said Sarfraz.

Sarfraz confused a succession of batsmen by bowling in-swingers with an old ball.

He helped compatriot Imran Khan add reverse swing to his armoury and in the 1990s there were probably no better exponents than the Pakistan fast-bowling duo of Wasim Akram and Waqar Younis.

In 1992, the pair took 43 wickets between them as Pakistan won a five-match Test series in England 2-1.

Over time, teams all round the world came to realise that in order to generate reverse swing it was vital the ball was ‘looked after’ properly, with one side polished and the other kept bone dry.

Swing bowlers such as Andrew Flintoff, Matthew Hoggard and Simon Jones were pivotal to England regaining the Ashes from Australia in 2005.

But it was England opening batsman Marcus Trescothick who later revealed he had put Murray Mints sweets to good use in the field because sucking them stimulated most saliva, which could then be applied to the ball.

It seems unlikely cricket chiefs will row back from the saliva ban but former South Africa paceman Shaun Pollock, even though he is a member of the ICC cricket committee, gave current swing bowlers a glimmer of hope by suggesting health checks in place for next month’s behind closed doors three-Test series between England and the West Indies might make it redundant.

“I think the environment that’ll end up being created is almost going to be like a bubble,”

Pollock told the Following On Cricket Podcast. “People will get tested, they’ll go into a two-week camp where they’re just going to sit and monitor how the conditions of their bodies change.

“And if there are no symptoms, it doesn’t really matter about shining the ball then, because you’re in the bubble and no one you come into contact with will have coronavirus. So you can just get on with normal proceedings.”

Buttler serves up series success for England against Australia