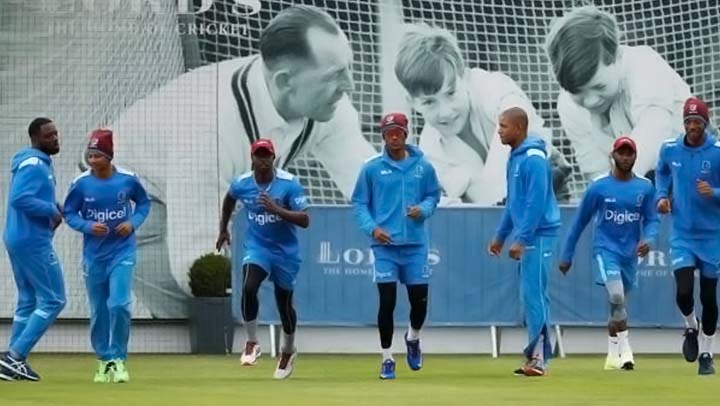 London: Brian Lara revealed this week that Sachin Tendulkar had sent him a text message saying the West Indies’ victory over England in the second Test at Headingley was “a success the entire world needed.”

So what the India hero will say if fellow batting great Lara’s Caribbean successors follow up their win in Leeds by clinching a three-match series in a decider at Lord’s starting Thursday is anyone’s guess.

Having dusted down the ‘obituaries’ after the series opener at Edgbaston — understandable after England won the inaugural day/night Test in Britain inside three days by the margin of an innings and 209 runs — few pundits gave Jason Holder’s novice West Indies side any chance of a revival in Leeds.

Yet despite being set over 300 to win in the fourth innings following a declaration by England captain Joe Root, the West Indies won by five wickets .

Shai Hope became the first batsman in history to score hundreds in both innings of a match at Headingley, putting his side in a strong position with 147 before following up his maiden Test century with a match-clinching 118 not out in the second innings.

Even after the fourth day of a match of fluctuating fortunes, ex-England captain Nasser Hussain — a former Essex team-mate of West Indies coach Stuart Law — said the tourists were flagging because the physical demands of a Test match were greater than that of Twenty20 cricket.

“People make assumptions all the time,” said Law at Lord’s on Tuesday.

“But he (Hussain) doesn’t know the characters that are inside that dressing room –- he doesn’t even know me and I played with him at Essex,” the former Australia batsman added.

“Not a lot of these players play T20 cricket anyway. I think it was great we sent a big humble pie to go and chomp on in the commentary box.”

England, for all that they kept saying in public how much they respected a struggling West Indies side, did something bordering on the disrespectful at Headingley by dropping in-form seamer Toby Roland-Jones, whose three Tests this season have yielded 14 wickets — and bringing in Chris Woakes for his first Test of the home campaign after injury, seemingly to get some overs under his belt ahead of the upcoming Ashes tour of Australia.

Anglo-Australian matches may be the foundation stone of international cricket but England’s obsession with the Ashes has now reached a point where almost all other Test fixtures are regarded as ‘warm-ups’ for clashes with the old enemy rather than important in themselves.

This has been all the more true of the current series, with the Lord’s match England’s last Test before they begin the defence of the Ashes in Brisbane in November.

There was talk that had England gone 2-0 up in the series, they would have given a Test debut to leg-spinner Mason Crane at Lord’s, again a move made with the Ashes in mind.

But that looks less likely now, with the West Indies bidding for a first Test series victory in England in nearly 20 years.

Recalling Roland-Jones on his Middlesex home ground would almost be an admission by the selectors they were wrong to drop him at Leeds, so both sides could yet be unchanged.

England still have doubts about their problem top-order batting positions with number three Tom Westley under most scrutiny after a run of single-figure scores.

“That extra pressure will find out a bit more about people’s character and things like that so it should be an exciting week,” said England spearhead James Anderson.

Having gone wicketless on the last day in Leeds, Anderson arrives at Lord’s still three away from becoming the first England bowler to take 500 Test wickets.

“To be honest, I do try to put it to the back of my mind,” Anderson said.

“We desperately need to win this Test match to win the series so I’m going to be focused completely on doing my job for the team when we get out there.”

Babar Azam out of England series with broken arm