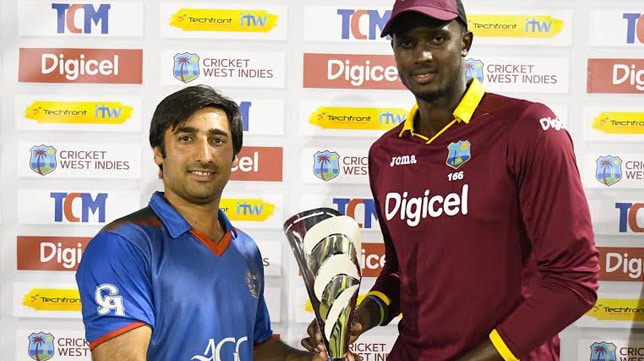 Gros-Islet: Afghanistan captain Asghar Stanikzai hopes his team will get more opportunities to face top-flight cricket nations after their one-day international series against the West Indies ended in a 1-1 draw here Wednesday.

Steady rain forced the abandonment of the third and final one-dayer with not a ball being bowled at St Lucia’s Darren Sammy Stadium with the series balanced at one apiece.

But Stanikzai said he believes his team, who lost a T20 series 3-0, did enough to show they deserve more regular matches against full member nations of the International Cricket Council.

“We didn’t play as well as we could have but I thought we did enough to show that we deserve to play the bigger teams more often,” said Stanikzai. “This was a great experience for us and we can look forward now to what lies ahead with greater confidence.”

“We were up against it after the first match but came back well in the second and we have shown in the previous series against Pakistan that we can compete with the best teams in the world also,” he commented. “We just need to put the bits and pieces performances together on a more consistent basis for us to really move up the rankings in international cricket.”

West Indies are currently ranked ninth in ODI’s and should they fail to reach the top eight by the cut-off date of September 30 this year, they will have to go through a qualifying tournament next year for the 2019 World Cup in England.

Afghanistan leg-spinner Rashid Khan, with combined figures of ten for 44 over the two ODIs that were played was named Man of the Series.

“This tour was a great experience for me coming out of the Indian Premier League and gives me great confidence moving forward with my career as part of the Afghanistan team,” he stated.

“Our next challenge is against the MCC at Lord’s next month and I hope we can show the benefit of this experience at that match.”