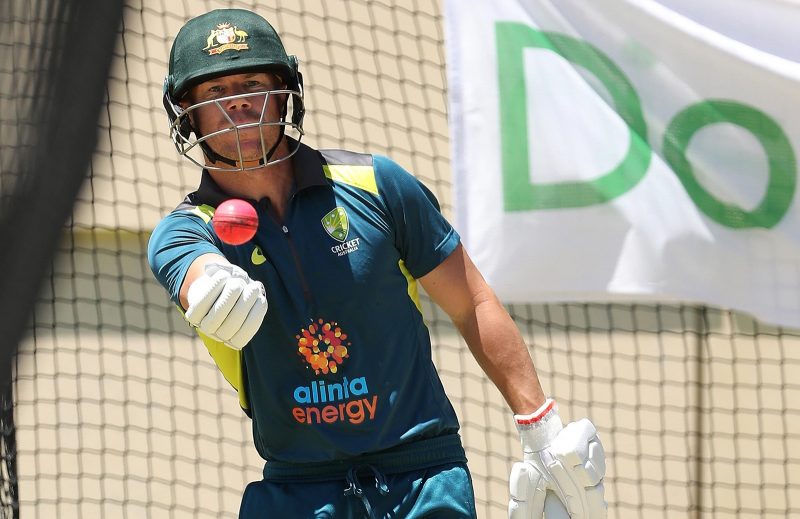 Substitutions for players infected by COVID-19 and legalising the use of artificial substances to shine the ball are reportedly among measures being considered by the International Cricket Council as the game looks towards a resumption of play.

While Cricket Australia negotiates the possibility of exemptions for international teams to tour with the government, attention is also focused on the on-field effects of the coronavirus.

One of the main conundrums facing administrators is how to allow fielding teams to maintain the ball, with the traditional use of spit and saliva under the microscope due the increased risk of transmitting the disease.

A chorus of former fast bowlers, including Australians Jason Gillespie and Shaun Tait and New Zealand great Richard Hadlee, have all suggested the use of saliva to shine the ball could be a thing of the past once cricket resumes.

But Australia opener David Warner believes a ban on using saliva would be unnecessary, arguing that being in close confines to fellow players would be just as much of a risk factor.

“You’re sharing changerooms and you’re sharing everything else, I don’t see why you have to change that,” Warner told cricket.com.au.

“It’s been going around for hundreds of years now, I can’t recall anyone that’s got sick by doing that.

“If you’re going to contract a bug, I don’t think it’d necessarily be just from that.

“I’m not too sure but it’s not my place to comment on whether or not we should or shouldn’t (use saliva to shine the ball). It’s up to the ICC and the governing bodies to decide.”

Warner’s comments come after an ESPN report that said authorities are considering the possibility of allowing artificial substances to be used to maintain the ball instead of saliva and sweat.

Gillespie recently labelled the traditional ball-shining practice “pretty gross” and suggested umpires could be asked to police the shining of the ball, while Tait also expects the practice to be scrapped once games resume.

“I’ve never been a huge fan of the saliva on the ball, it’s not very nice really,” Tait said. “We have to open to some possible changes there.”

Hadlee, meanwhile, called for an “enlarged seam to give the bowlers more assistance”.

The issue is less of an issue in limited-overs cricket, but Australia quick Josh Hazlewood says “Test cricket would be very hard” if the ball could no longer be shined.

“Bowlers rely on any sort of sideways movement in the air. If you didn’t maintain the ball at all for 80 overs it would be quite easy to bat after that initial shine has gone,” he said.

“Whether you use saliva or sweat, maybe one person can do it. I’m not sure. It’s something that will have to be talked about when we get back out there and hopefully come up with a solution.”

Another idea to emerge is to allow players to be isolated and substituted out of a Test match if issues arise mid-game, much like how concussion substitutes were introduced to the game last year.

An ICC spokesperson said: “This is something that is expected to be discussed by the cricket and medical committees as part of the move of trying to get cricket back on.”

Meanwhile, Australia’s plans to secure exemptions for international teams to visit this summer has gained traction.

Fifteen international teams are due to arrive for the T20 World Cup in October, before the highly-anticipated Border-Gavaskar Test series against India.

A spokesperson from the Prime Minister’s office said this week: “The Prime Minister and the government have always had a strong relationship with Cricket Australia given the partnership on the annual PM’s XI fixture.

“The government will continue to engage with Cricket Australia on its plans to recommence play at both a professional and community level, including any requests for exemptions to be applied by the Australian Border Force.”

It has been reported international teams may be required to isolate for 14 days either side of their journey to Australia, while the potential for the creation of a ‘biosecure’ hub – possibly at the Adelaide Oval’s soon-to-be-completed 128 bed hotel built into the eastern grandstand – has been discussed.

Clarke open to return as Australia captain after ball scandal