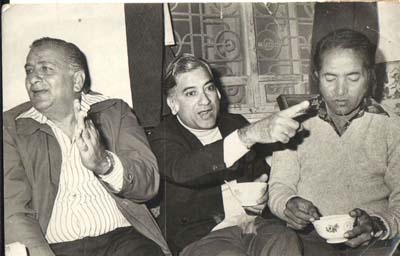 LAHORE: Waqar Hasan, the last surviving member of Pakistan’s inaugural Test team, which played India in Delhi in October 1952, has died in Karachi at the age of 87.

A middle-order batsman, Waqar’s first outing in Test cricket wasn’t too auspicious, as he scored 8 and 5 in an innings defeat, but he ended the five-Test series as Pakistan’s highest run-maker, with 357 runs at an average of 44.62, including three half-centuries. Waqar went on to play 21 Test matches during the course of a first-class career that spanned more than a decade and a half, from 1948-49 to 1965-66.

Originally from Lahore, Waqar shifted to Karachi in 1945 after being offered a job with the Public Works Department, and by the early 1960s, he launched a textile machinery business. The reason, as he explained, was financial. “I had lost my regular place in the Test team but my main reason for quitting cricket after the 1959-60 season was financial,” he said. “I opted out at the age of 27 to establish my business. I had seen the likes of Amir Elahi and Wazir Ali living not-so-happy lives in their later years.”

He did, however, return to the game for a brief fling as a player. “In 1963-64, after being out of first-class cricket for four years, on the insistence of the officials of the Karachi cricket association, I agreed to captain the team,” he said. “I played only three more first-class tournaments in two years but we achieved remarkable results. We won all the three first-class tournaments – the Quaid-e-Azam Trophy [twice] and the Ayub Trophy.

“In the 1963-64 Quaid-e-Azam Trophy final, my second-string Karachi Blues defeated the Karachi Whites, who had in their line-up five Test captains of the past and future. I played for fun with no ambition of making a Test comeback.”