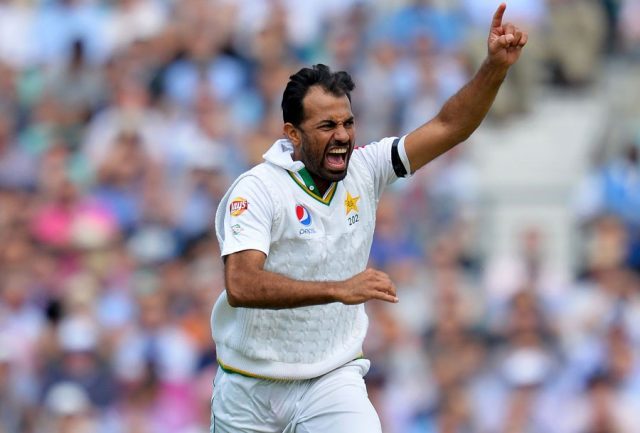 Wahab earned a gunslinger reputation for his hostile fast bowling during last year’s World Cup in Australia, when he peppered the hosts with a short-pitched barrage during the quarter-final in Adelaide.

The 31-year-old left-armer vowed to maintain the rage against the Australians in Thursday’s first of three Tests, with skipper Smith and opener Warner firmly in his sights.

“Obviously I have to do what I do really well, I am going to bowl aggressively, I will bowl short as well,” said Wahab, who has taken 65 wickets in his 21 Tests since debuting in 2010.

Pakistan have not won a series in 11 trips to Australia, where they have lost their last nine Tests, but Wahab was undaunted.

“We have to take the challenge. We know Australia is good in their home conditions, it’s one of the best teams,” he said.

“To compete with them we have to counter-attack them, we have to have that confidence. We’ve got the skills and everyone is prepared for these Test matches.”

Australia have not lost a Test at their Gabba fortress since 1988, but Wahab said Pakistan were looking to defy the odds.

“Records are meant to be broken and this might be the chance for Pakistan to break that record,” he said.

“We have to take 20 wickets, and obviously we are looking for that -– we know even no Asian country has won a series here in Australia.

“So we are looking for that and that should really give us a good boost and give us something to go for.”