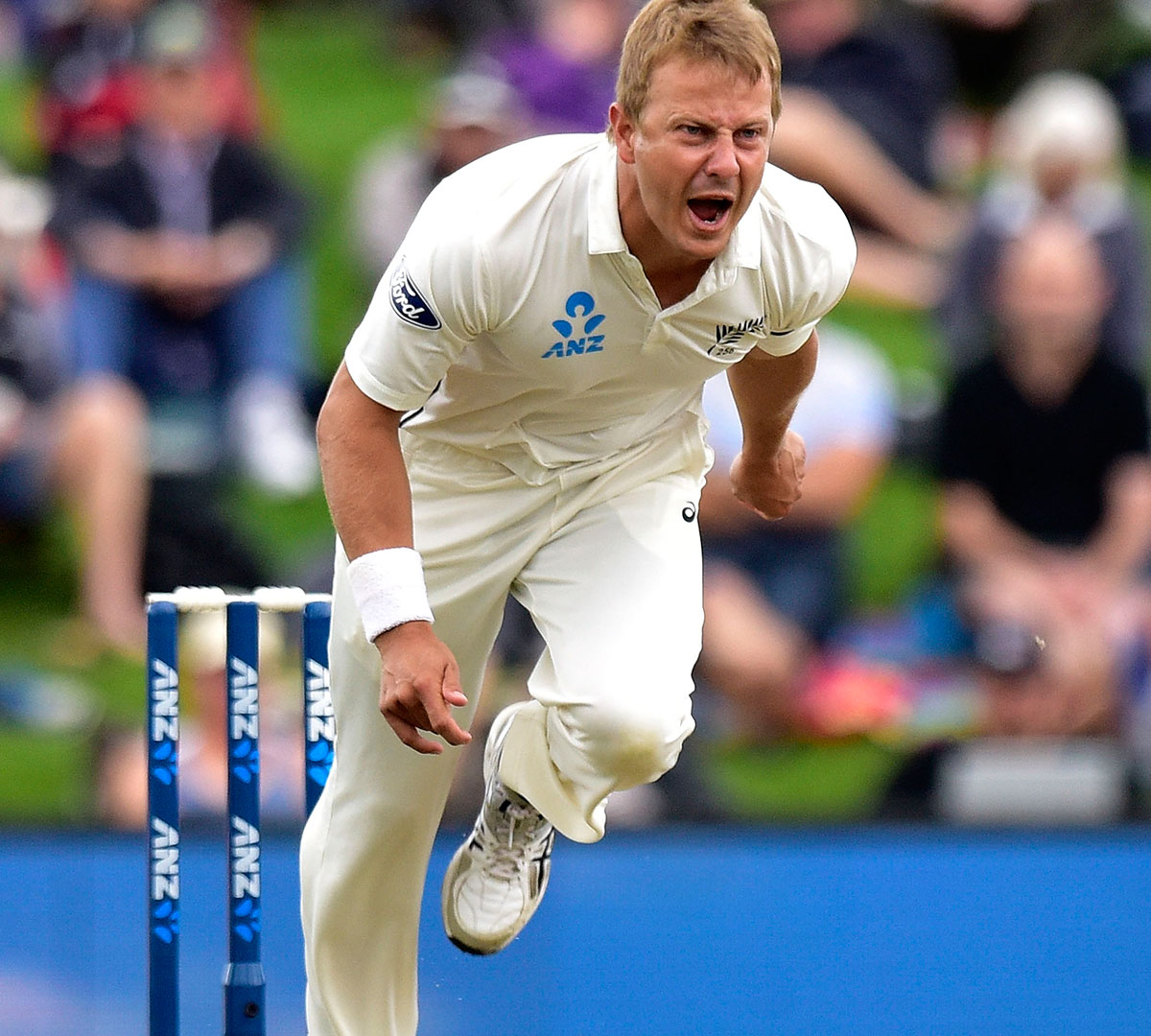 The match had been billed as a rare chance to see England Ashes-winning pacemen James Anderson (Lancashire) and Stuart Broad (Nottinghamshire) in Championship action but the pair were upstaged by Wagner.

The South Africa-born left-arm quick took six for 66, the best first-class debut effort by a Lancashire bowler since 1923, as Nottinghamshire were dismissed for 242, with Broad making a valuable 43.

At stumps, Lancashire were 25 for one and afterwards Wagner said: “The team is in a pretty good position and I’m pretty happy after the first day.

“We had to be patient. There was a little bit of swing and that’s something I’ve been working hard on but it’s lovely bowling with Duke balls and the way they go round. It was a bit cold and fresh but it still swung.

He added: “This is an amazing club and a great place to be at. They’ve been very professional in everything they’ve done and that makes things easy.

“I watched games here when I played club cricket in 2008 and I loved the ground and everything about it then. It was an easy decision to come over here,” explained Wagner, a veteran of 19 Tests.

After Kyle Jarvis made the initial breakthroughs, Wagner had opener Greg Smith caught at cover-point before, in his next over, inducing former Zimbabwe batsman Brendan Taylor to play on.

Wagner then won lbw appeals against both Samit Patel and Riki Wessels, the son of former Australia and South Africa batsman Kepler Wessels, to reduce Nottinghamshire to 98 for six.

Former England wicket-keeper Chris Read (52) and Broad then kept Lancashire at bay with a partnership of 74.

Simon Kerrigan, the ex-England spinner, bowled Broad as he aimed across the line to end the seventh wicket stand.

After tea, Wagner took three more wickets, with Australia’s Jackson Bird caught behind before Read holed out off the 30-year-old swing bowler.

– England opening salvos -Elsewhere in the First Division, two former England openers scored centuries as they each gave a reminder to the selectors of their Test ambitions.

Ever since Andrew Strauss retired in 2012, finding a steady partner for current skipper Alastair Cook at the top of the order has proved a problem for England.

Both Yorkshire’s Adam Lyth and Australia-born Sam Robson have been tried and found wanting.

But with Alex Hales yet to make the place his own, either Lyth or Robson could be recalled during England’s upcoming home series with Sri Lanka and Pakistan.

Lyth and current England wicket-keeper Jonny Bairstow both reached three figures as county champions Yorkshire made 270 for five on the first day against Hampshire.

The pair delighted home fans at Headingley with a fourth-wicket partnership of 205 that saw left-hander Lyth make 111 — the ‘unlucky’ score of ‘Nelson’ — and Bairstow an unbeaten 107.

Meanwhile Robson, qualified for England through an English-born mother, struck 175 not out in Middlesex’s stumps total of 317 for four against Warwickshire in a First Division clash at Lord’s.

At stumps, Robson, who played all his seven Tests to date two years ago, had faced 280 balls including 24 fours in what was his first hundred since May last year.

In the Second Division, Australia’s Clint McKay took six for 73 for Leicestershire but Glamorgan still managed to post a total of 348 on the first day in Cardiff.

Warner says wife is ‘my rock’ after World Cup hundred