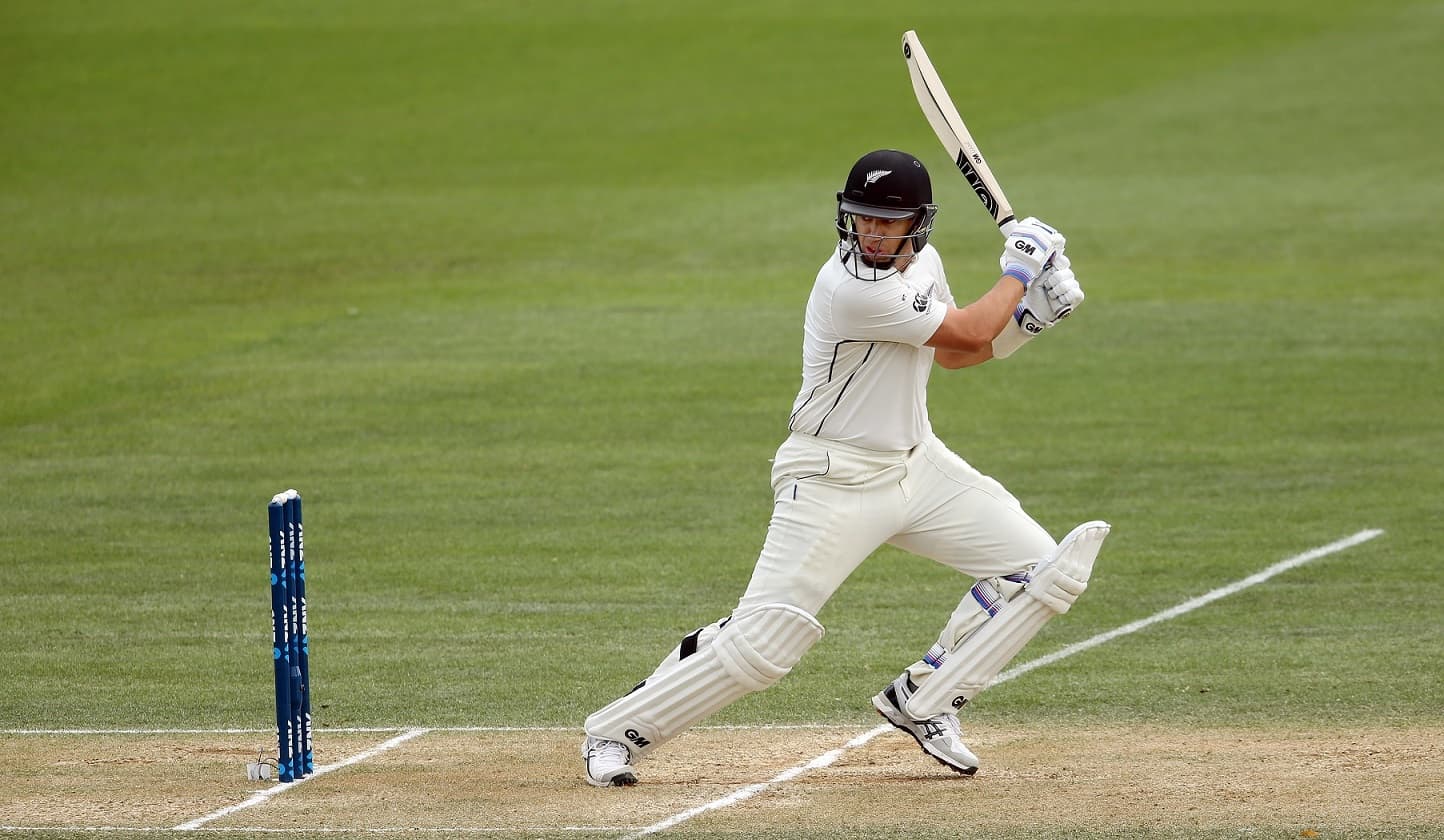 Taylor finished 102 not out despite only being cleared to play two days before the Test after scarring on his left eye grew bigger and threatened his vision. He is due to have surgery on Wednesday.

New Zealand declared late on the fourth day in Hamilton at 313 for 5 and Pakistan were one without loss after facing three overs before stumps.

The tourists will have to better the record fourth-innings succesful run chase at Seddon Park of 212 for 4 by Australia in 2000 to win on Tuesday’s final day and save the two-Test series.

The highest fourth-innings total on the ground is 344 for 6 by Sri Lanka in a drawn Test nearly 26 years ago.

New Zealand skipper Kane Williamson called the innings to a close after a trademark cut to the boundary from Taylor took him to his century.

Earlier Tom Latham laid the foundations for the declaration with a battling 80 in a welcome return to form and Williamson made 42.

Pakistan made an early breakthrough when they dismissed Jeet Raval for two with the New Zealand score on 11, but they struggled to assert themselves despite the wicket continuing to show life.

Williamson and Latham fell in the middle session, and Henry Nicholls (26) and Colin de Grandhomme (32) went after the tea interval as the target for Pakistan continued to grow.

New Zealand, having won the first Test, need only a draw to beat Pakistan for the first time in 13 Test series dating back to 1985.

Taylor and Latham had both struggled for runs through the recent South Africa and India tours as well as the first Test against Pakistan.

Taylor showed no sign of his vision problems when he opened his account with a four off Imran Khan, setting the tone for an innings that contained 16 boundaries.

He survived an lbw appeal on 16 in what was otherwise a chanceless knock, placing the ball with precision, particularly with his cut stroke.

Latham lived on the edge. He survived a runout appeal and had a moment of apprehension when the big screen mistakenly put up the word “out”.

On 41 he was dropped by Sami Aslam and he made his way through lbw shouts.

But his luck deserted him when he tried to fend off a Wahab Riaz bouncer and the ball looped off his glovers to Sarfraz Ahmed behind the stumps.

Wicketkeeper Ahmed was also in the action to remove Williamson who feathered a good-length Imran delivery in the third over after lunch to break a 96-run stand with Latham.

De Grandhomme contributed a whirlwind 32 off 21 balls to a 35-run partnership with Taylor while BJ Watling was not out 15 at the close.

For Pakistan, Imran was the most effective bowler with three for 76 while Mohammad Amir and Wahab Riaz took a wicket each.