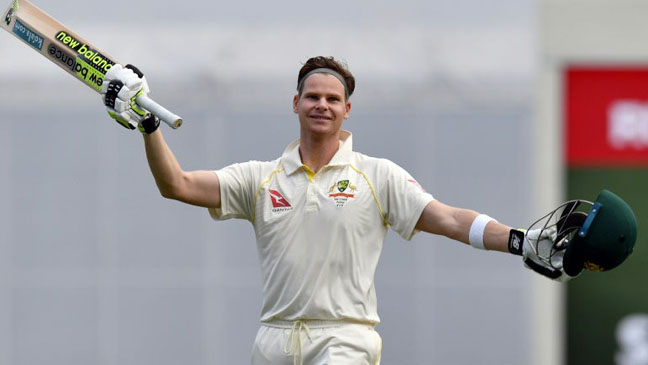 Sydney: Steve Smith has broken English hearts and smashed records with his phenomenal Ashes batting and is being acclaimed as the best Australian batsman since the greatest of all, Don Bradman.

That is rarefied company for the quirky 28-year-old skipper, who led Australia to reclaiming the Ashes with an imperious 239 — his highest Test score — in Australia’s mammoth first innings 662 for nine declared in the third Perth Test victory on Monday.

Ashes-winning skipper Smith has almost single-handedly batted Joe Root’s team out of the series, accumulating 426 runs in just four innings at an average of 142, which allowed his bowlers to do the rest.

Smith, whose idiosyncratic style — moving across his stumps as the bowler delivers — flies in the face of cricket’s purists, has a career average of 62.32 from 59 Tests.

That places him second only in Test history to Bradman, whose average of 99.94 at the pinnacle was forged from 1928-48.

Records have tumbled for the cricket-obsessive Smith, who broke into the Test arena as a leg-spin bowling all-rounder batting at number eight in 2010.

Since then Smith has reeled off the milestones to draw comparison with the greatest batsman the game has ever seen.

Bradman made 14 hundreds in 24 Tests as skipper.

Smith is only the fifth Australian captain, one of them being Bradman, to have scored two Ashes double hundreds.

Rival skipper Root has tried everything during the current series to dislodge Smith, to get him out of his “bubble”, but to little effect.

Over the 15 days of the one-sided series Smith has batted for more than three full days. He has simply been the difference.

Much has been said about Smith’s unconventional batting technique, in some ways similar to Bradman, who would bring his bat down in a rotary movement.

Smith is similarly unique and possesses rapier-like reflexes. He rarely hits the ball in the air, cutting down risk and making him even harder to set fields against.

“You wouldn’t coach a young player to hold a bat like he does with such a strong bottom hand or move around quite as much,” observed former England captain Nasser Hussain.

“But when his bat comes down in contact with the ball it is the full face and his hand-eye coordination is just phenomenal.”

“Smith has got an insatiable appetite for runs. You can see when he bats, he gets in that little bubble.

“He’s almost oblivious to everything that’s going on around him, except the ball that is coming out of the bowler’s hand.”

Such is Smith’s attention to detail that he gets his fiancee Dani Willis to act as a bowling-machine operator in their backyard for extra batting practice.

“He sets everything up and I just load the balls,” she revealed.

Smith is a notorious fidgety character while at the batting crease.

Host broadcaster Channel 9 counted 23 different ticks, fidgets and movements by him during his routine preparation before facing the bowler.

Other maverick moments have come to light during the Ashes series.

At a Perth drinks break while Smith was batting in his 399-ball epic, team support staff brought a chair onto the WACA Ground so Smith could sit down — not to rest, but redress.

As with tennis superstar Rafael Nadal’s fastidious obsession with the precise placement of his water bottles by his courtside chair, Smith also has a peculiarity where he is distracted by the sight of his shoelaces.

As Smith sat on the chair, he had the laces re-taped to avoid seeing them.

“I have always had an issue with looking at my shoelaces when I’m batting,” Smith said of his habit earlier this year.

He said the sight of laces “would sort of do my head in a bit”.

“So I ended up getting a physio to tape my shoelaces to my socks. I just like just seeing my shoes and everything to look sort of clean … just no shoelaces.”

Another of Smith’s oddities is that he changes his batting gloves every 20 to 30 minutes during an innings, and has up to 15 pairs of gloves in his kit.

Banned Warner, Bancroft to return to action in July