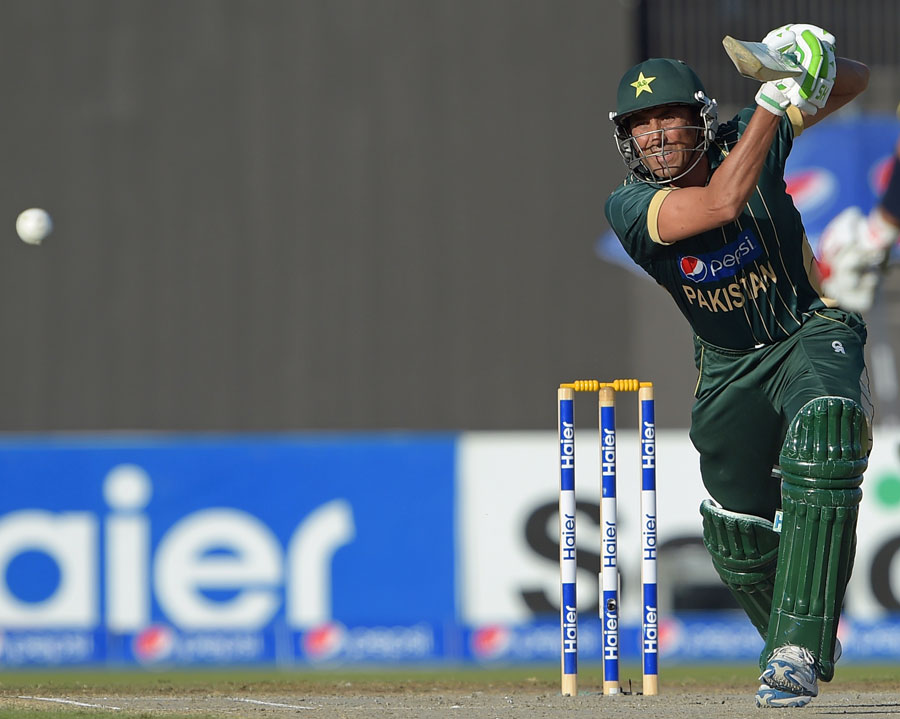 There are few better windows into the mind of a sporting genius than Diego Maradona’s autobiography. A rant that illustrates his separation from mere mortals, it’s also a book that rarely deals in joy – all achievements are in aid of spiting someone, proving someone wrong. It’s how Maradona lived his playing life, and it’s how he continues to operate even after: most famously when Argentina barely qualified for the 2010 FIFA World Cup under his tutelage, his response, rather than to celebrate his escape, was to inform journalists at a press conference that those that had doubted him could “suck it, and keep on sucking it”. El Diego has always had a way with words.

Not even his greatest fans will equate Younis Khan to Maradona as far as ability is concerned, but his motivation, seems to have been the same. In a recent interview, his answers had something of that theme running through them, most explicitly when he said, “If someone writes something against me, I keep a cutting of that paper with me, I keep it in front of me all the time and instead of getting dispirited by it, I get motivated and tell myself that I am going to prove him wrong.” Now that he has retired from ODIs, there is one notion that Younis just hasn’t been able to prove wrong: he never conquered the 50-over format.

Yet his belief that he could have done makes sense too. Here’s a man who was never supposed to have made it as a cricketer. He didn’t have the obvious natural talent of those who came before him. After all, he debuted when the mighty ’90s side was still not out of its pomp, a time when talent trumped all. It took him several years to become anything more than an ordinary international player.

When Bob Woolmer was appointed the coach in 2004, Younis had played only one of Pakistan’s previous ten Tests, and averaged under 40 in four years of Test cricket. He was precisely in the position his detractors have accused him of being in in ODIs – supposedly not good enough for the highest level. His return came in Pakistan’s second Test under Woolmer, with a hundred batting at No. 3, and a career was sorted out. They said he couldn’t do it consistently, but he did. They said his career was finished, and he went out and dominated India in India.

In the final third of his career Younis has become a less free, more selective player, and that probably explains his increased success in one format and decline in another

They said he couldn’t do it outside Asia, so he went out and got a century nearly everywhere (only Australia, where he hasn’t toured since 2004-05, remains). Since Woolmer’s appointment Younis has averaged nearly 60 in Test cricket. They also said that he was never going to be a particularly good ODI batsman, and he so nearly proved them wrong.

Every time he has returned to the ODI team, people have talked about him needing to have more self-awareness, saying that this famously team-first man ought to do the necessary and remove himself, rather than allow his friends in the media to run campaigns every 12 months or so calling for his recall. But surely, in his mind this was just one of the many challenges that had been thrown at him, another he had to overcome. If he had been consistently mediocre, perhaps he might have realised the truth sooner, but there was a brief period when he did become something more.

In the 36 months that led to his appointment as Pakistan captain early in 2009, Younis played 58 ODIs, the vast majority of them at No. 3, and averaged 40.56 with a strike rate of 82.34. Five of his seven hundreds in the format came in this three-year period. His rise in ODI cricket had lagged 18 months behind his rise in Tests. In his mind he had already proved his competence in the ODI game; it was just that he needed to get back to that vein. Alas, he ran out of time before he could.

Since then he has averaged 25.56, with a strike rate of 70.11, despite having continued to play consistently at No. 3, and despite the fact that he was rarely dropped for his performances – he played 68 of 75 ODIs he was available for at the start of this period.