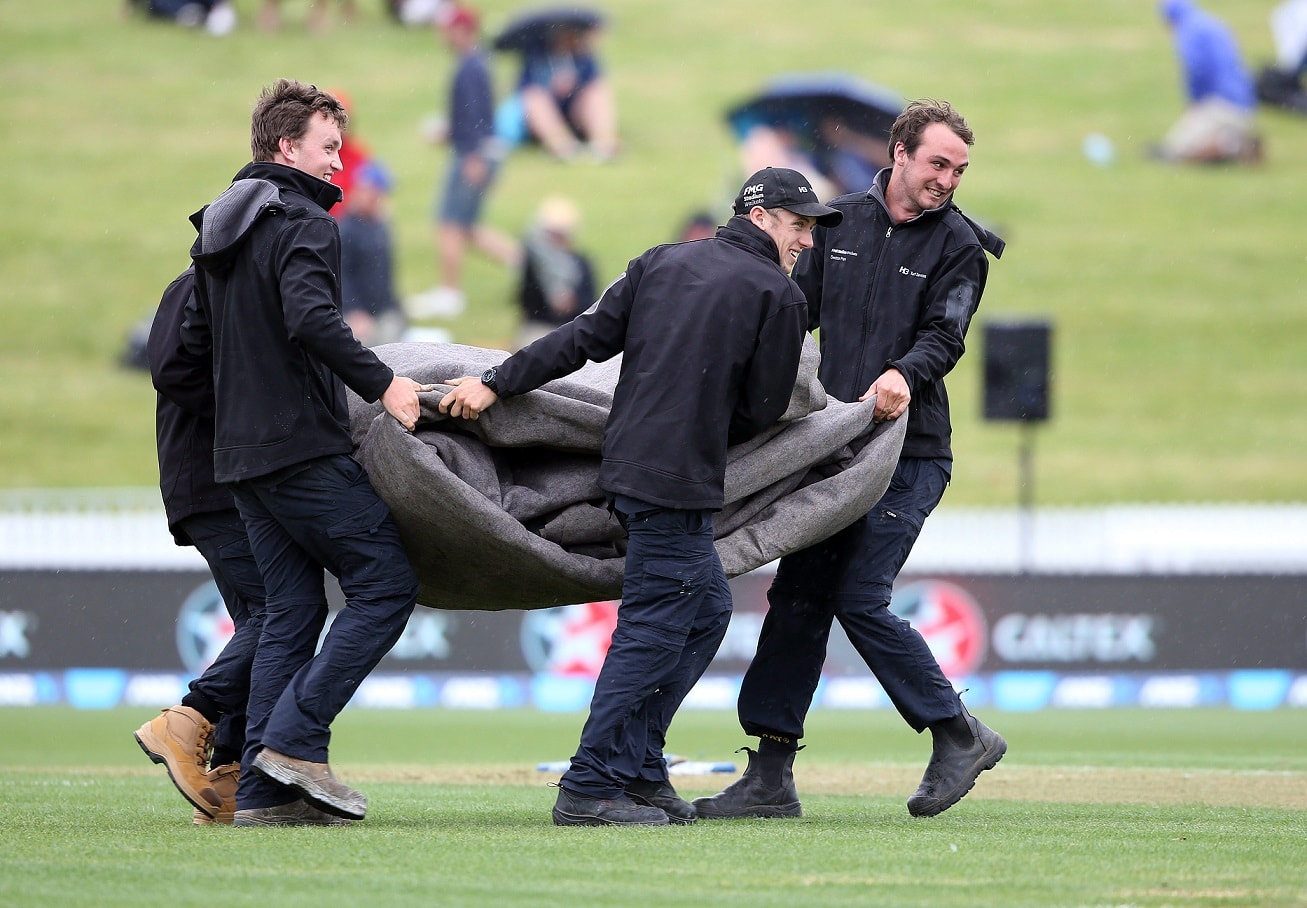 Hamilton: New Zealand reached 77-2 against Pakistan before rain forced day one of the second and final Test to be abandoned after just 21 overs in Hamilton on Friday.

The players took lunch 15 minutes early as the skies opened, with Jeet Raval on 35 and Ross Taylor on 29 after the early loss of Tom Latham and Kane Williamson.

Three hours later, the umpires tired of waiting for the rain to clear and scratched the final session. Play will resume half-an-hour early at 10:30 am on Saturday (2130 GMT Friday).

Pakistan won the toss in bowler-friendly conditions with a green wicket and heavy cloud cover, but apart from Mohammad Amir, their seamers were unable to pin New Zealand down.

Veteran batsman Ross Taylor, who is to undergo surgery at the end of the Test to remove a growth in his left eye, hit six boundaries in his unbeaten 29 off 20 deliveries.

Raval was dropped on his third delivery but otherwise looked composed as he continued the good form from his maiden Test last week when he compiled innings of 55 and 36 not out.

“It was favourable conditions for the bowlers so I thought the way we played took the wind out of their sails,” said New Zealand batting coach Craig McMillan, claiming first-day honours for the home side.

“It was a quality first over from Mohammad Amir where he asked some serious questions of both left handers,” McMillan said.

“I think that left and right-hand combination is important. At times it can put the bowlers off. Sometimes they can be a little bit slow adjusting to the different lines.”

Apart from Amir, who had the ball swinging through the air and nipping off the deck, the Pakistan seamers were too inconsistent with line and length to make the most of the conditions.

In his opening over, Amir had Raval dropped at first slip by Sami Aslam, and removed Latham for a golden duck.

The one blot on Amir’s record was a spilled caught and bowled chance before Williamson had scored.

But the New Zealand captain could only reach 13 before he was given out caught behind off Sohail Khan.

Umpire Simon Fry turned down the initial appeal but his call was overturned on review, although television replays appeared inconclusive.

The wicket gave Sohail figures of 1-35 off seven overs, while Amir had 1-15 off six.

New Zealand brought in Mitchell Santner as their spinner in place of Todd Astle, with the Hamilton wicket known to take turn in the fourth innings.

New Zealand require only a draw to secure their first series win over Pakistan in more than 30 years, while Pakistan need a win to extend their two-year unbeaten series streak.

Patel to skipper MCC on debut in Sixes