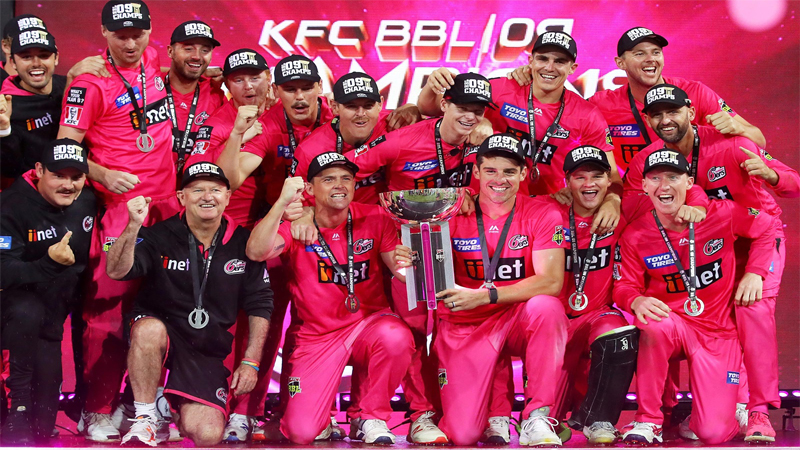 Josh Philippe enhanced his credentials as a future international by leading the Sydney Sixers to their second KFC Big Bash League title, as the Melbourne Stars added to their reputation as finals floppers following a 19-run defeat in the rain-shortened decider.

Philippe outshone a host of his more experienced Sixers batters, including his look-a-like Steve Smith, as he blasted a match-winning 52 off 29 balls to fire the Sixers to 5-116 in what was reduced to a 12-overs-per-side game at the SCG.

The Stars’ response was meek, sinking to 4-25 inside the first 25 balls of their run chase with the run-out of Peter Handscomb all but sealing a humiliating exit as their search for a maiden BBL championship continues.

Leg-spinner Adam Zampa admitted on Fox Cricket the Stars had arrived at the ground with little hope of play given the record downpours Sydney has experienced in recent days, yet it was the Sixers who looked rattled when they fell to 4-68 inside eight overs.

But Philippe, in posting his fifth half-century of the season, and clutch finisher Jordan Silk (27 not out off 15 deliveries) hit 48 off the final 28 balls of the innings to lift the home side to what proved an unassailable total.

Player-of-the-tournament Marcus Stoinis loomed as the Stars’ main threat but after the Stars opener creamed a six off Nathan Lyon’s first ball of the innings, the Test off-spinner got his revenge when he had him caught for 10 on the square-leg boundary three balls later.

Nic Maddinson’s rough season (143 runs at 10.21) was capped as he followed an earlier dropped catch off Silk by poking an easy catch to cover off the impressive Josh Hazlewood (1-18 off three overs) to exit for a duck.

Captain Glenn Maxwell (five) was enraged when he was given out lbw off Steve O’Keefe.

Root, Buttler sign up to Big Bash with Sydney Thunder