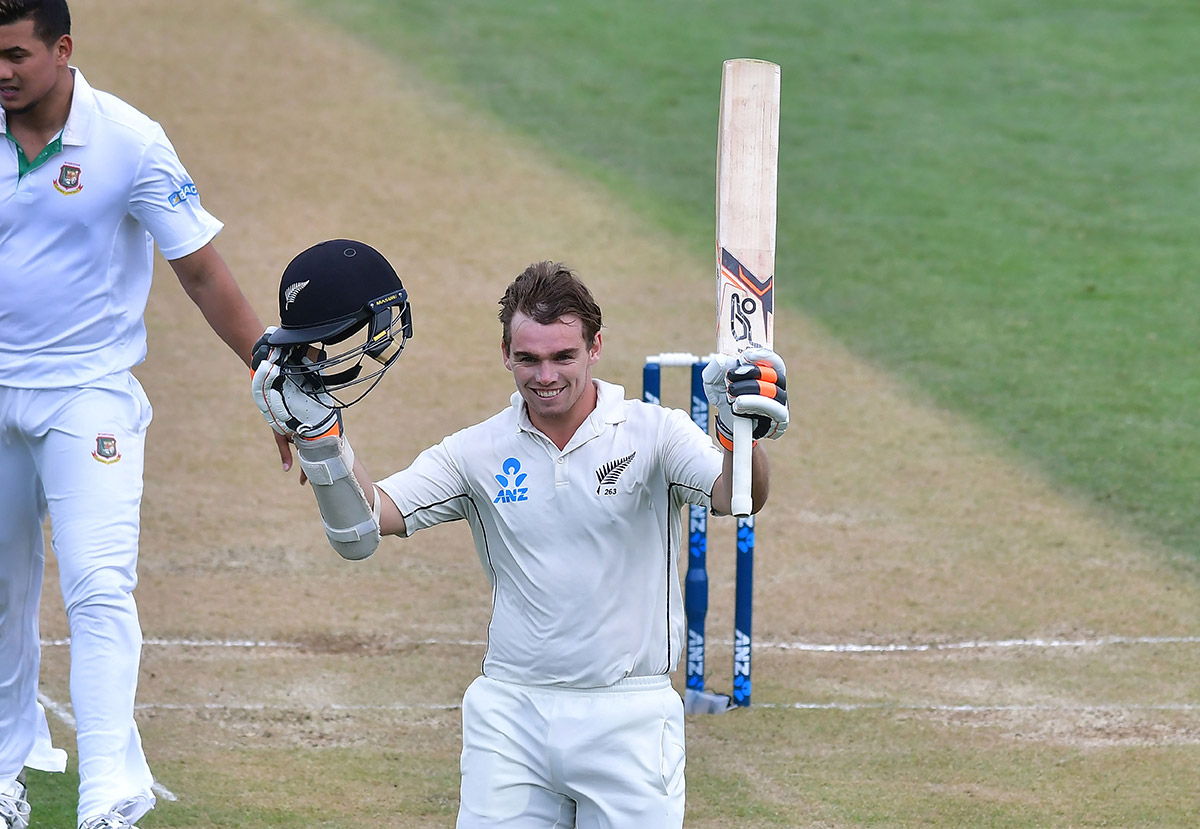 Wellington: A patient Tom Latham carved out his sixth century to keep New Zealand afloat as they moved closer to avoiding a follow on against a rampant Bangladesh after three days of the first Test in Wellington.

While the left-handed opener calmly went about his work at the Basin Reserve on Saturday, Bangladesh removed senior batsmen Kane Williamson and Ross Taylor after declaring early in the day at an imposing 595-8.

Taylor said New Zealand needed the 24-year-old Latham in the middle with the new ball due in three overs and the follow-on mark 104 runs away.

“His job’s not done yet. We need him to go big tomorrow and obviously try and get that follow on,” Taylor said.

“Once we do get that follow on hopefully we can bat ourselves into a decent position.

“That first session’s going to be important and if we can see off that new ball, pass the follow on, then there’s a bit of (wet) weather around and still 190 overs and a lot of cricket to be played.”

As the strong northerly winds that caused havoc on day one returned in the afternoon session Saturday, Latham had taken a leaf out of the Bangladesh playbook and carefully chosen the moments to punish the bowling.

With the pitch offering little, Williamson and Taylor were guilty of getting a start and then yielding their wickets unnecessarily with two days to play and a draw the most likely outcome if New Zealand do not crash.

After Jeet Raval fell for 27, Williamson comfortably batted at a run-a-ball until he reached 53 and dabbed outside off stump to be caught behind and give Taskin Ahmed his maiden wicket on debut.

Taylor, in his first international following eye surgery at the end of November and needing one more century to equal the New Zealand record of 17 held by the late Martin Crowe, charged into his work.

But on 40 he fell for a well-prepared trap and pulled a short delivery from Kamrul Islam to Mahmudullah poised for the catch on the square-leg boundary.

Kamrul had also removed Raval, caught behind by Imrul Kayes deputising as wicketkeeper while regular gloveman and captain Mushfiqur Rahim was being treated for knocks to his hands suffered during his innings of 159.

Latham remained unruffled, facing 222 deliveries in his five and a half hours at the crease.

After resuming the day at 542-7, Bangladesh continued long enough for Sabbir Rahman to become their fifth player to pass the half-century mark in an innings headlined by Shakib Al Hasan’s 217.

Sabbir, dropped on 31 by Latham, was unbeaten on 54 when Bangladesh declared and immediately put pressure on New Zealand with the unorthodox decision to have spinner Mehedi Hasan open the bowling.

It nearly paid dividends when he found the edge of Raval’s bat in his second over but the ball went through the vacant second slip position.

Raval was later dropped on 24 off Taskin before Kayes made no mistake with the third offering from the New Zealand opener.