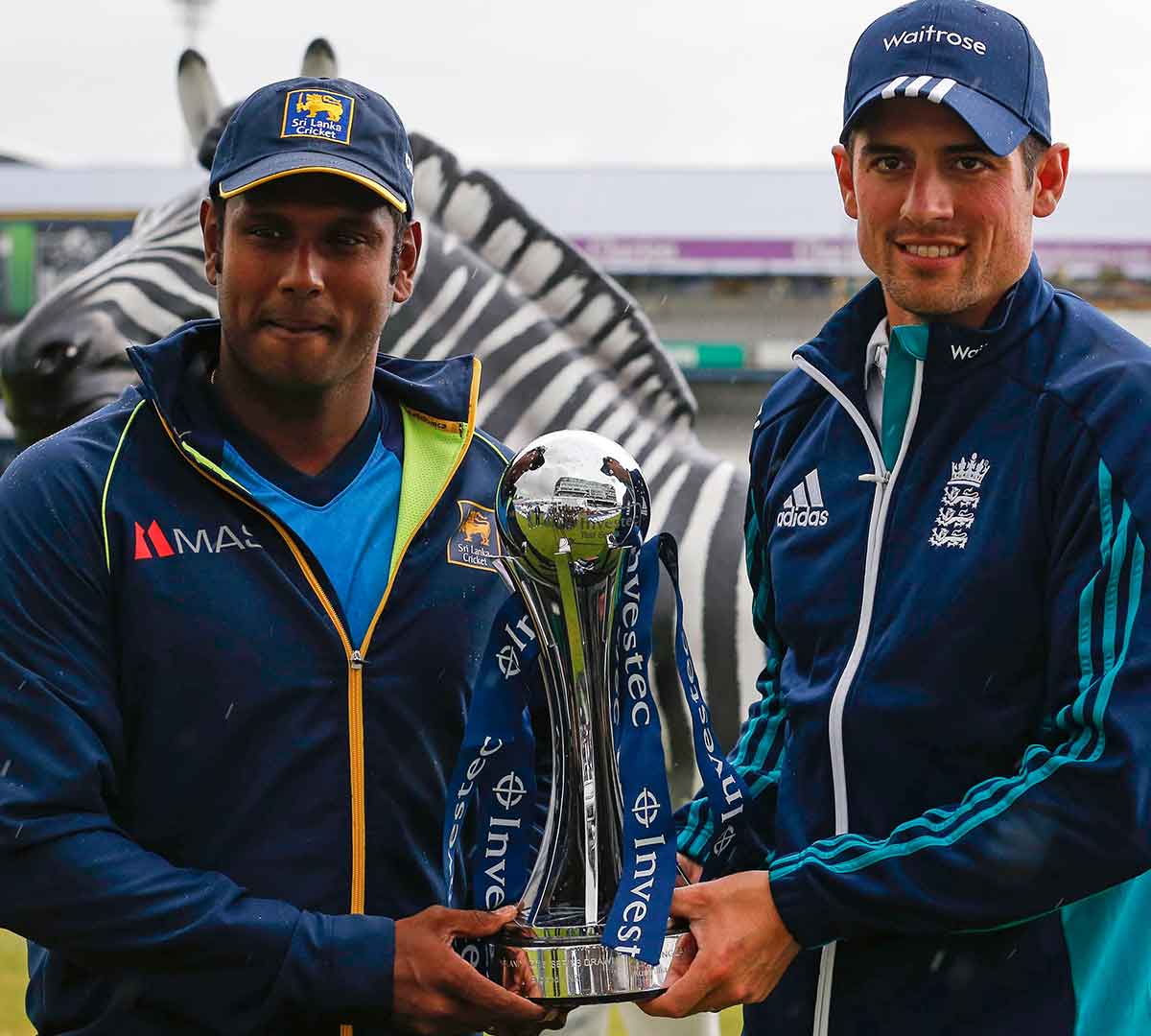 Leeds: Alastair Cook will lead England in the first Test against Sri Lanka at Headingley on Thursday two years after the same opponents almost ended his captaincy reign at Yorkshire’s headquarters.

In 2014, Sri Lanka won the second Test at Headingley by 100 runs to secure their first series win in England after home No 11 James Anderson’s resistance was ended off the penultimate ball of the match.

Cook’s captaincy during that match was the subject of widespread criticism, with Sri Lanka skipper Angelo Mathews, who made a Test-best 160, and Rangana Herath taking the game away from England with an eighth-wicket partnership of 149 on the fourth day in Leeds.

Asked how close he had come to quitting the England captaincy following that loss, Cook told a news conference at Headingley on Wednesday: “Close enough, I think. Close enough that you wouldn’t want to get any closer.”

But the 31-year-old opener said the same stubborn streak that has helped take him to the brink of becoming the first England batsman to score 10,000 Test runs persuaded him to carry on as captain.

“I’ve never really quit on anything. I probably had about two percent left in me saying ‘if you walk out now you still have a bit more to offer that side really’,” he explained.

“So I suppose me being stubborn, probably, and not quitting. I don’t really want to be known as a quitter.”

Victory over Sri Lanka and Pakistan, the second international side touring England later this year, would mean Cook’s men held trophies for series wins against all the other nine Test-playing nations.

“People have spoken about it over the last couple of weeks and I don’t think there’s any harm in that if it inspires us to do it,” said Cook.

– Opening problems -Finding a reliable partner for Cook at the top of England’s order has proved a problem since former skipper Andrew Strauss retired in 2012.

Hales is the “man in possession” but both he and Compton, now batting at number three, are under pressure for their places after relatively modest returns during the series win in South Africa — England’s last Test campaign.

“Until someone really grabs that opportunity and nails it then there’s always going to be questions asked,” said Cook.

“Alex is the man in possession at the moment.

“As always with these things you want to get a big score to try and prove that to people and do it consistently.

“That’s his challenge and it’s the same for Nick as well. He got a really good 80 at Durban and that was only four games ago and that helped set up in tricky conditions a score that we were able to push on and win.

“The guy’s a fighter and he’s just got to relax and play.”

England will give a debut to Hampshire batsman James Vince following the enforced retirement of James Taylor with a heart condition.

“I did see him play a few years ago when I was standing at first slip for Essex and he’s one of those players who had a lot of time and he timed the ball really well,” said Cook of Vince.

“They are two things that made him stand out then and over the years I think he’s matured a lot.

“To watch him go about his business, mentally he looks ready for Test cricket.”

South African cricketers refuse to deal with board

Five things we learned from IPL-10

Karachi Whites vs SSGCL, Muhammad Hasan scored 125 and 100* in the match