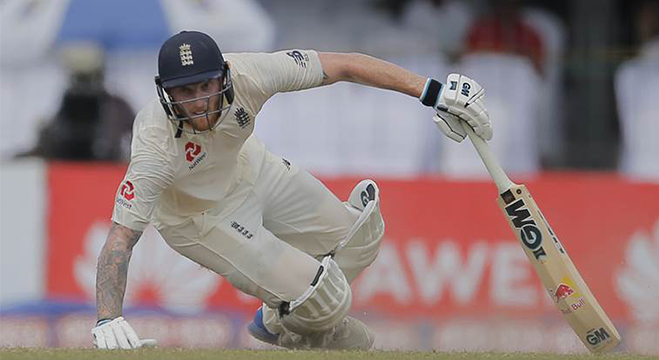 Stokes fined but free to play for England after disciplinary hearing

London: England all-rounder Ben Stokes on Friday spoke of the “huge burden” he has felt since he was involved in a brawl outside a nightclub last year after learning he will not miss any more cricket.

Stokes was handed an eight-match England ban by the England and Wales Cricket Board’s (ECB’s) discipline commission but those games are deemed to have been served.

Teammate Alex Hales was given a six-match white-ball ban with two already served and four suspended.

Stokes, 27, was acquitted of a criminal charge of affray at a trial in August following the incident in Bristol, southwest England, in September 2017.

Hales, 29, was with Stokes during the altercation but did not face criminal charges.

After the fracas in Bristol, Stokes was stripped of his position as vice-captain of an England Test side skippered by close friend Joe Root and also missed England’s Ashes tour of Australia.

“In total Mr Stokes receives an eight-match ban from England matches,” said a statement from the CDC. “He has already missed these matches and therefore remains eligible for immediate selection.”

“The criminal charges and, subsequently, the disciplinary charges have made it difficult to make public comment about the issues,” Stokes said in the same statement.

“I have already apologised to my teammates, coaches and support staff for the consequences of my actions in Bristol.”

“Cricket and family are my life,” he added. “This incident has been a huge burden for the last 15 months. I am relieved to get back to playing the game that I love without this hanging over me.”

Hales, a one-day specialist, said: “More than anything, I sincerely apologise for putting myself in a position which allowed these very regrettable incidents to happen.”

Tom Harrison, chief executive officer of the ECB, said: “We accept the decisions made by the cricket discipline commission and the sanctions they have given to Alex Hales and Ben Stokes.

“Each pleaded guilty, admitted their charges and has accepted their sanctions. They will now be available to play for England, with the same support as all of our players.”

England’s next tour, in January, is to the West Indies, where they will play three Tests, five one-day internationals and three Twenty20 matches.

Morgan promises no let-up against Ireland