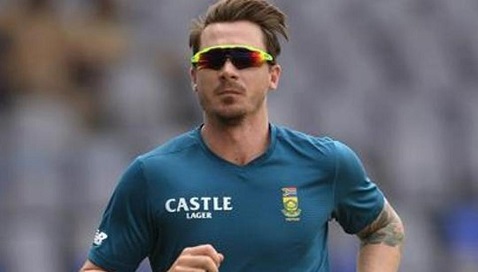 Johannesburg: South African fast bowler Dale Steyn is hoping to make a triumphant farewell to one-day international cricket at the 2019 World Cup by delivering the trophy to the Proteas for the first time.

Steyn, who will turn 36 three days before South Africa’s World Cup opening match against England on May 30 next year, has spent most of the past three years struggling to overcome an assortment of injuries.

But he believes his experience could be valuable in England.

He is not part of South Africa’s squad for a three-match one-day series in Sri Lanka but aims to force his way back into contention during his country’s home season, which includes one-day series against Zimbabwe, Pakistan and Sri Lanka.

“I will be trying to get to that World Cup,” he said at a promotional event in Mumbai, on the way home from a disappointing Test series in Sri Lanka.

“But after the World Cup, I don’t see myself playing white-ball cricket.”

Steyn, whose most recent injury happened in a Test against India in January, returned to the South African team for two Tests in Sri Lanka earlier this month.

But he was only able to take two wickets in two matches, leaving him tied with Shaun Pollock as South Africa’’s all-time leading wicket-taker on 421 scalps.

“I played two Test matches without an injury, bowled at good pace and never went off the field because of niggles. It’s a big plus,” said Steyn who has not played in a one-day international since October 2016.

Even if he retires from one-day cricket, Steyn said he wanted to carry on playing in Tests for as long as possible.

But in an article on the International Cricket Council website, Steyn is quoted as saying: “If you look at the (South African) batting line-up, our top six have played 1,000 games, but the lower half — from numbers eight to 11 who are currently playing — not even 150 games. You need to draw on experience.

“I hope that will be my trump card when the selection comes to the World Cup. I may not necessarily play all the time. But I think my experience will help with me just being there.”

Azhar’s ton for Pakistan amid rain in Australia Test

Extras top score as Australian side all out for 10

Plunkett up for Gayle contest