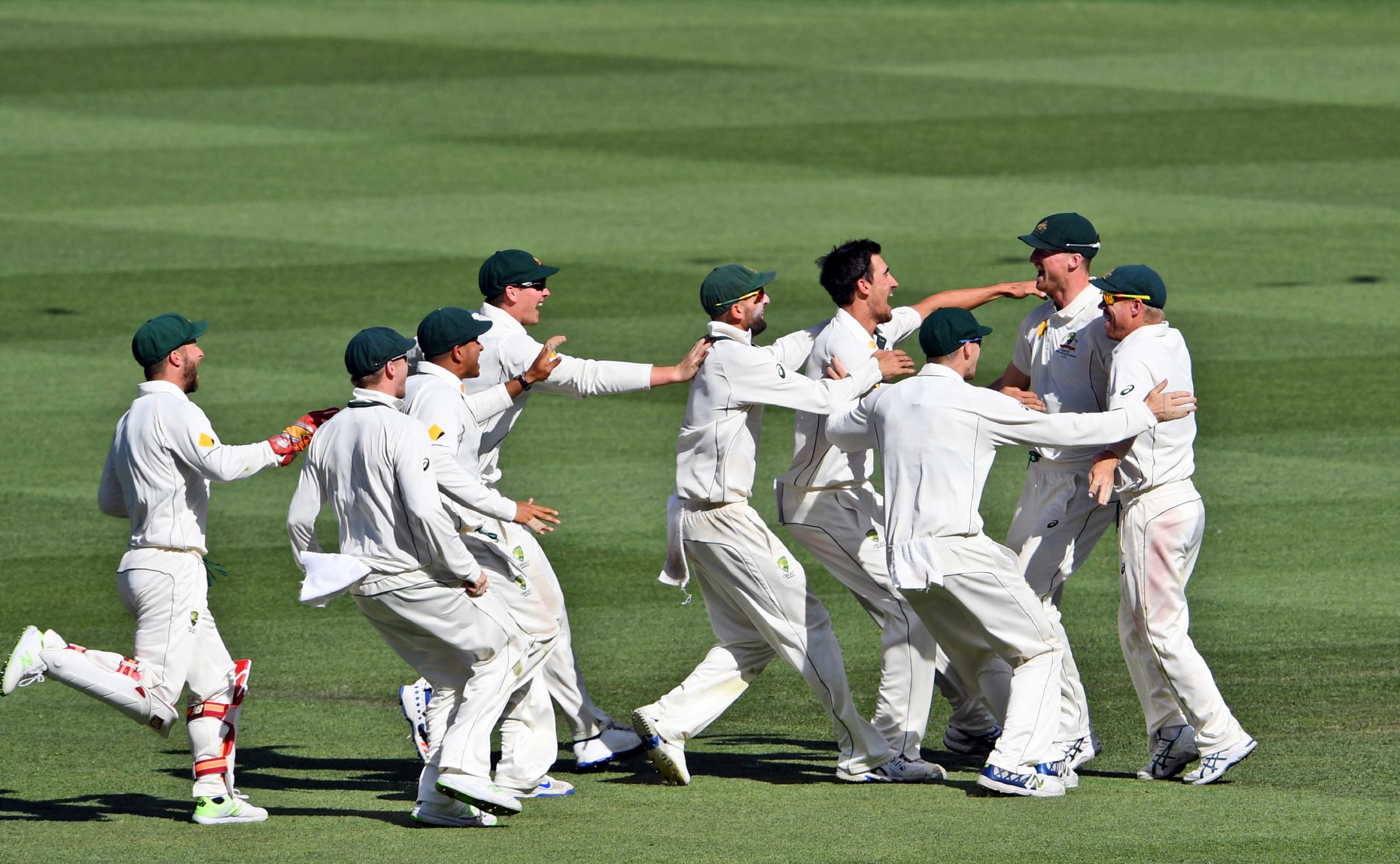 Melbourne: Mitchell Starc spearheaded Australia to a stunning final day innings victory over Pakistan with a mercurial bat and ball performance to claim the series in Melbourne on Friday.

The fast bowler smashed 84 off 91 balls with a record seven sixes and then captured four wickets for 36 to lead Australia to a resounding innings and 18-run victory over the hapless tourists.

Skipper Steve Smith set the ball rolling for a dramatic victory when he declared Australia’s first innings at 624 for eight just before lunch.

That gave Australia a 181-run lead and a minimum of 70 overs to bowl out Pakistan.

In the end the Australians needed only 53.2 overs to pull off an emphatic victory and, with their 39-run win in the first Gabba Test, to clinch the three-Test series.

While Smith was named man-of-the-match for his unbeaten 165, it was Starc who put his stamp on the game with his sensational effort with bat and ball.

Starc clubbed seven sixes, the most in an innings in a Melbourne Test, and was severe on Yasir Shah, belting the leg-spinner for five sixes.

He then got into the act with the ball and took the wickets of Babar Azam, Sarfraz Ahmed, Wahab Riaz and Yasir Shah to clean up the Pakistan tail for Australia.

“It finished a lot better than it started,” Starc said.

“It’s fantastic for us to get that result. The belief was there and it was a fantastic way to finish.

“We knew we only had two sessions to get those 10 wickets and together as a bowling unit we’ve done really well.”

It was an astonishing collapse by the tourists, who appeared safe from defeat after amassing 443 for nine declared in their first innings over the first three rain-affected days before losing control of the match.

The defeat was Pakistan’s 11th straight test loss in Australia after their last win in Sydney in 1995.

Skipper Smith set up the exciting finish with a calculated declaration shortly before lunch.

He called a halt to a massive first innings at 624 for eight — remaining unbeaten on 165 off 246 balls — to give his fast bowlers a crack at the Pakistan openers just before the interval.

Starc’s seven sixes surpassed the record in an innings in a Melbourne Test held by Andrew Symonds with six in his 72 against South Africa in 2005.

“I was hanging in there with Smithy and having a good time and got a few sixes away as well,” Starc said.

Starc put on 154 runs for the seventh wicket with Smith off 172 balls and upon Nathan Lyon’s dismissal Smith said that was enough and raced from the ground.

Pakistan were soon in trouble with Sami Aslam bowled by Josh Hazlewood off a bottom edge for two in the second over of the innings.

Babar Azam was trapped leg before wicket for three by Starc on the first ball after lunch.

Lyon, his bowling consistency questioned by his captain, produced an inspired two wickets in three balls to put Pakistan on the slide.

He coaxed the veteran Younis Khan to push forward and be brilliantly caught by Peter Handscomb at short leg for 24 and then dismissed skipper Misbah-ul-Haq to an injudicious sweep for a duck.

Lyon struck again just before tea when he had in-form Azad Shafiq snapped up by Handscomb at short leg for 16.

Hazlewood removed first innings double-centurion Azhar Ali leg before wicket for 43 after tea, to get the Australians into the Pakistan tail.

Jackson Bird bowled Mohammad Amir for 11 before Starc arrowed one in on Sarfraz Ahmed’s stumps for 43 and followed on by cleaning up Wahab Riaz for a duck.

Starc symbolically claimed the final wicket when Yasir Shah took a leading edge to spoon an easy catch for Bird at mid-on.

Lyon finished with the figures of three for 33 off 14 overs and has now taken 223 wickets in 62 Tests.

Brearley and Marsh call for limits on bats

Pressure during PSL to help me as national skipper: Sarfraz