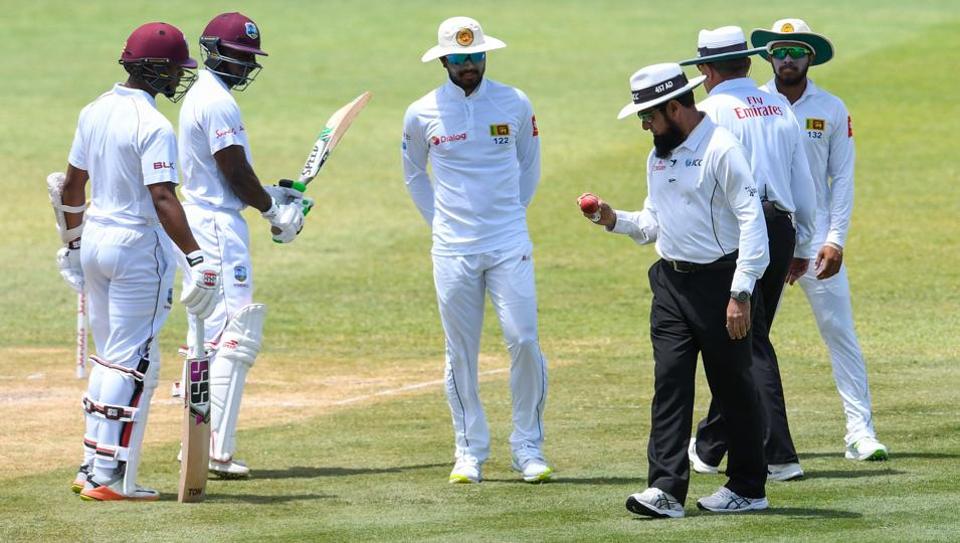 “Laws governing the offence / act of altering the condition of the ball are somewhat vague and lack clarity,” Faiszer Musthapha said in a statement.

“I invite the ICC to revisit the applicable laws and ensure that a set of simple, clear and certain rules and procedures are put in place.”

He did not elaborate but the statement came after Chandimal, coach Chandika Hathurusingha and manager Asanka Gurusinha were sanctioned following a tampering scandal.

Chandimal refused to take the field for two hours on the third day of the second Test against the West Indies last month after he was accused of ball tampering on the previous day.

Chandimal as well as Hathurusingha and Gurusinha were banned for two Tests and four one-day internationals for violating the spirit of the game by holding up the second Test against West Indies by two hours.

At the start of the first Test against a touring South African team last week, Chandimal and his tourist counterpart Faf du Plessis said they wanted a list of do’s and don’ts from the ICC match referee.

Although the use of saliva or sweat to shine the ball is an accepted practice, using any other substance — such as sugary residue from sweets — is prohibited.

Chandimal was slapped with a 100 percent fine of his match fees and banned from the third Test against the West Indies last month after he was found guilty of tampering.

Match referee Javagal Srinath said Chandimal applied saliva containing the residue of something he had in his mouth to the ball, in violation of the ICC Code of Conduct.

The ICC last week unveiled tougher sanctions for ball tampering and sledging in a bid to improve on-field behaviour in the sport.

The changes came in the wake of a ball-tampering scandal in South Africa in March that saw Steve Smith stripped of the Australian captaincy and suspended from international and domestic cricket for a year. His teammates David Warner and Cameron Bancroft were also banned.

Du Plessis said tougher sanctions would make players think twice before putting something in their mouth and then using saliva to shine the ball.