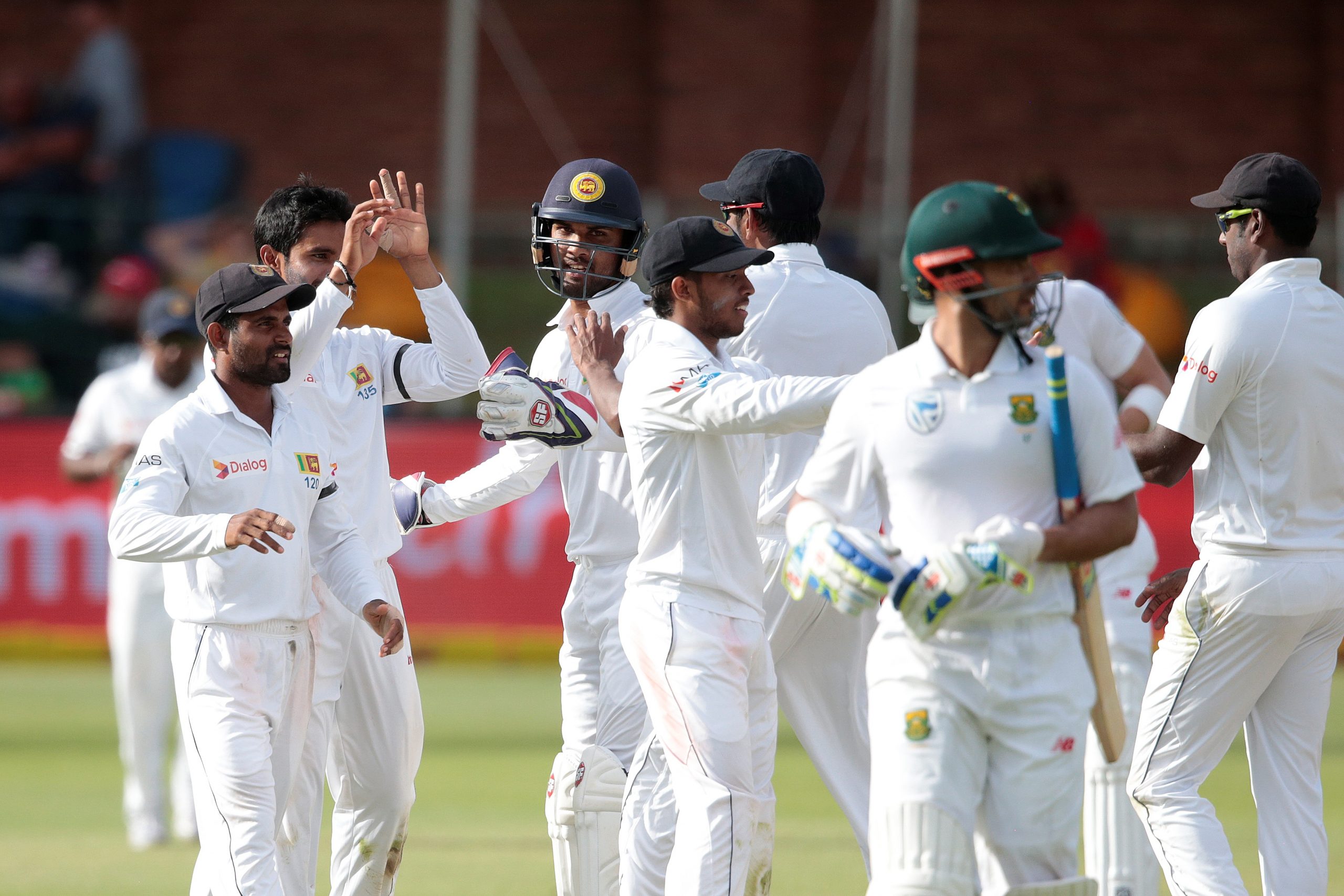 Cape Town: Sri Lankan captain Angelo Mathews spoke about the need for his team to be mentally tough when they meet South Africa in the second Test starting at Newlands on Monday -– but they may need also need some changes in personnel.

In losing the first Test in Port Elizabeth by 206 runs, Sri Lanka showed weaknesses in both batting and bowling.

While South Africa seem certain to go into the match with an unchanged team, Mathews admitted there would be debate in the Sri Lankan camp about the composition of their side.

Kusal Perera’s role as an attacking number three batsman could come in for particular scrutiny. He was out for seven and six in Port Elizabeth, on both occasions playing ill-judged cut shots.

With Perera having been compared to Sanath Jayasuriya, on whom he has based his game, Mathews said he would not like to see the young left-hander abandon his attacking instincts.

But Mathews said that slashing at South Africa’s fast bowlers on pitches with pace and bounce “wasn’t the right game plan”.

He said he was not sure whether changes would be made but acknowledged that Upul Tharanga, a more conservative left-hander, was an option. “He can bat from one to seven.”

Whereas in sub-continental conditions Sri Lanka usually base their bowling attack on spin, they opted in Port Elizabeth for three pace bowlers and only one specialist spinner in veteran Rangana Herath.

Although Suranga Lakmal bowled well, taking five wickets in the first innings, the fast bowlers seldom threatened in the second innings, when South Africa made 406 for six declared.

Dusmantha Chameera was disappointing, taking only one wicket in the match and conceding 153 runs at more than five runs an over.

Mathews indicated, however, that Chameera could be given another chance.

“He is coming back from injury,” said Mathews. “He has not got his rhythm back but he can do better in the second Test.”

Although there has been an extended period of hot, dry weather in Cape Town, the pitch is still likely to offer more pace and bounce than Port Elizabeth, although spinners could play a role later in the match.

An option for Sri Lanka might be to play to their traditional strength by picking two spinners, with off-spinner Dilruwan Perera coming into the side.

Perera would also strengthen what in Port Elizabeth proved to be a lengthy batting “tail”.

Newlands has been a fortress for the South African team, who have won 19 of the 29 Tests played there since 1993, with their only four defeats all having been against Australia.

The New Year Test is traditionally the biggest occasion in South African cricket and the ground is sold out for the first day.

Coming on the back of a series victory in Australia last month and a convincing win in Port Elizabeth, South Africa will be favourites to wrap up the three-match series.