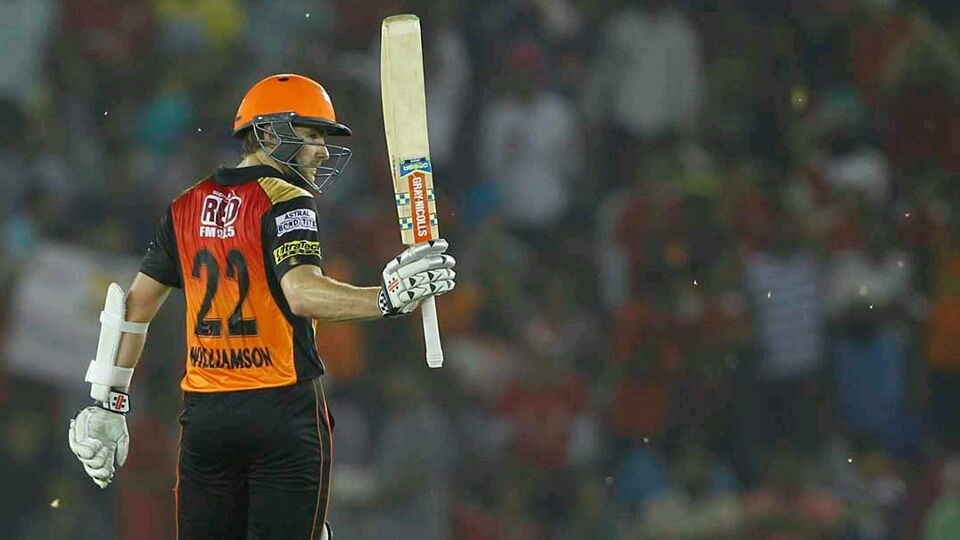 SRH bag first win on the road; get one across KXIP

Sunrisers Hyderabad recorded their first away win of IPL 2017 after they defeated Kings XI Punjab by 26 runs at the IS Bindra Stadium in Mohali on Friday night.

After being put in to bat, the defending champions posted 207-3 riding on half-centuries from their top three. In the second half of the match, the SRH bowlers defended the score by restricting the home side to 181-9.

For most part of the season, one of the SRH openers has shouldered the responsibility of batting into the second half of the innings.

On Friday evening, the SRH openers were at the task yet again – this time though, they came out batting on a higher gear and took the attack to the KXIP bowlers from very early in the innings.

Dhawan raced to 33 from 21 balls (four boundaries and one six) by the time the fielding restrictions had been relaxed. Warner began slowly yet again, but he got going once Axar Patel was introduced into the attack in the fifth over; the SRH captain hit the left-arm spinner for 4, 6, 6 and made up for the slow start.

By the time six overs had been bowled, the SRH captain had raced to 26 from 15 balls, and SRH were 60 or no loss.

The left-handed pair continued to make merry and stretched their partnership; Warner collected sixes off KC Cariappa and Glenn Maxwell, and then helped himself to boundaries off consecutive balls off Anureet Singh.

Both batsmen got to their half-centuries off successive deliveries in the tenth over; while Warner needed 25 balls to get there, Dhawan consumed 31 balls to get to the milestone.

The partnership was broken at 107, when Warner was castled by his opposite number Maxwell; the SRH captain made 51 from 27 balls.

The scoring slowed down for the next couple of overs; Kane Williamson, who walked out to bat at number three, broke the shackles when he pulled Axar Patel over the midwicket fence in the thirteenth.

Though Dhawan was dismissed in the 15th over – after scoring 77 from 48 balls – Williamson gave the innings the flourish at the backend; the Kiwi scored 20 runs (2,6,4,2,2,4) in the 19th over – bowled by Ishant Sharma over – and then collected seven runs in the final over.

The SRH innings provided only the second instance in the IPL of the top three batsmen making half-centuries in the same innings.

Maxwell was the only KXIP bowler to escape punishment; the skipper needed to bowl four overs after all the other bowlers came in for stick and he finished with respectable figures of 4-0-29-2. The remaining five bowlers finished with combined figures of 16-0-177-1.
KXIP faced a challenging task of having to score at 10.40 runs per over from ball one. Martin Guptill – brought in as a replacement for the injured Hashim Amla – provided the team a flying start when he struck four boundaries and a six in the first two overs.

But the Kiwi batsman was dismissed for 23 at the start of the third over, and his opening partner Manan Vohra was dismissed in the fourth over. Maxwell perished for a second-ball duck in the same over, and KXIP had slumped to 42-3.

Shaun Marsh played a few attractive shots; the left-hander made 84 from 50 balls, and his knock included 14 fours and 2 sixes. The Australian was involved in a 73-run partnership for the fourth wicket with Eoin Morgan – whose 26 was the second-highest score of the KXIP innings.

While the English-Aussie pair was at the crease, KXIP threatened to make a match of it. But once Morgan holed out to midwicket at the start of the fourteenth over, the chase was killed. Marsh was dismissed in the sixteenth over – at which stage KXIP still needed 64 runs from 26 balls. KXIP eventually reached 181-9.

The dew on the outfield made life difficult for the SRH bowlers and fielders. Despite putting down two straightforward catches, SRH still managed to pick up nine wickets. Siddarth Kaul and Ashish Nehra picked up three wickets each, while Bhuvneshwar Kumar added two more wickets to take his season’s tally to 18 wickets.

A word of praise for Rashid Khan, who despite the challenging conditions and despite the batsmen looking to attack him the time, finished with outstanding figures of 4-0-16-1.

Australia in sight of victory and top world ranking

Ashwin back in Test frame, paceman Sharma left out