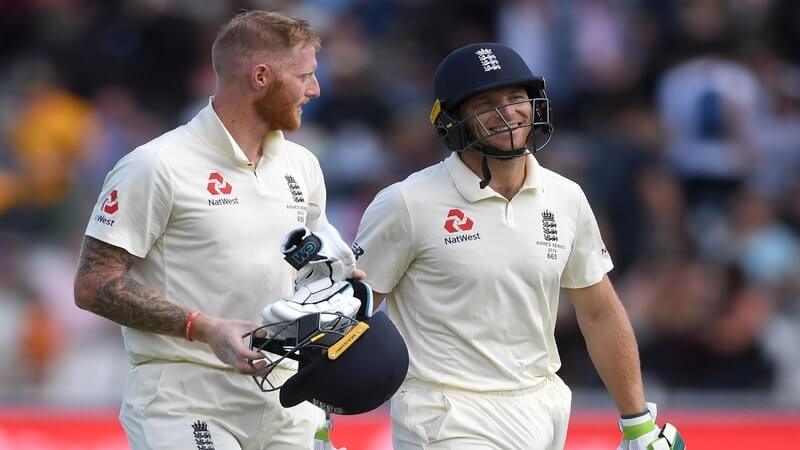 Ben Stokes will become England’s 81st Test captain next week and Jos Buttler his deputy after Joe Root confirmed he will miss the first Test against the West Indies in Southampton to be at the birth of his second child.

Stokes and Buttler have also been named captains for an intra-squad match this week, which will pit 27 of England’s best players against each other in a mini selection trial ahead of the first of three Tests.

Buttler’s elevation to the leadership role has effectively ended any debate about whether he will retain his spot in the side, and he also seems likely take the wicket keeping duties ahead of Jonny Bairstow and Ben Foakes. The right-hander has averaged 23 with the bat since the start of last year, but he looks set to hold his spot.

Among the other question marks surrounding the England team for the resumption of Test cricket is who will replace Root, with Bairstow, Joe Denly and uncapped right-hander Dan Lawrence all in the frame to bat in the middle order.

The trio of Dom Sibley, Rory Burns and Zak Crawley have been tipped to occupy the top three places, with Ollie Pope, Stokes and Buttler to round out the top seven.

There is also uncertainty about the identity of England’s frontline spinner, with incumbent Dom Bess battling Moeen Ali and Jack Leach for that spot.

The question for England selectors regarding their fast bowlers is not so much who to pick, but who to leave out.

After a long lay-off due to the COVID-19 pandemic, veteran duo Jimmy Anderson and Stuart Broad are both fit and firing, as are speedsters Jofra Archer, Mark Wood and Olly Stone as well as swing bowlers Chris Woakes and Sam Curran.

While it’s been more than five months since England last played a Test, head coach Chris Silverwood said those who played a role in their impressive series win in South Africa last northern winter would be difficult to overlook.

“I wouldn’t say selection is a blank page,” he said.

“You know the people who are the mainstay, the engine room of the team. It is difficult to go too far away straight away from where we finished off.

“The only thing the lockdown has done is delivered me a load of fit fast bowlers. All the guys coming back have had a good break. They are refreshed and they’re firing. They are very, very motivated to crack on. The one thing I have been impressed with is the shape that everyone has come back in.”

Departmental teams: Why PCB fell back to plan B?

Pakistan collapse to first series defeat to NZ in 30 years