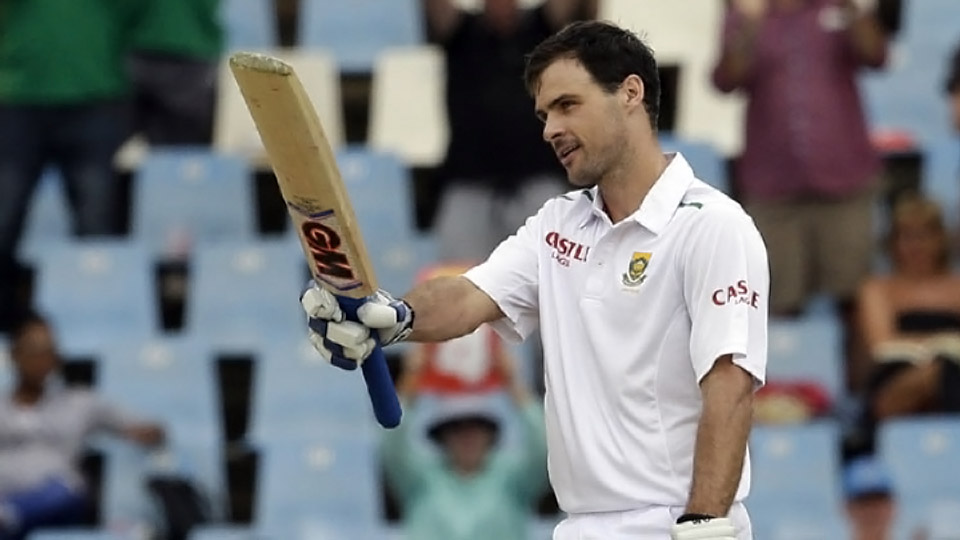 London: South Africa opening batsman Stephen Cook is to play for Durham in the first half of the 2017 English season, the northeast county announced Monday.

Cook, 34, who made a century on his Test debut against England at Centurion last year, has since gone on to establish himself at the top of the Proteas’ order.

Now he will be available for the early rounds of Durham’s campaign in the second division of English cricket’s first-class County Championship following their controversial relegation last season.

Cook will also play in the domestic One-Day Cup ahead of what is expected to be his call-up to the South Africa squad for the Test section of their tour of England in July and August.

Durham were dramatically dumped into the second division as part of a series of severe conditions imposed by officials following their £3.8 million ($4.7 million, 4.4 million euros) bailout by the England and Wales Cricket Board last year.

Now Durham will hope to field Cook alongside their South Africa-born England batsman Keaton Jennings as they try to overcome a mammoth 48-point penalty deduction.

Cook, the son of former Somerset batsman Jimmy Cook — a heavy scorer during his time in county cricket — said joining Durham was the realisation of a dream.

“Ever since I was a young boy, watching my dad play for Somerset, I always dreamed of one day playing county cricket,” said Cook in a Durham statement

“Now in linking up with Durham CCC I am getting to live out that dream. I am very excited to be joining up with the team and endeavour to contribute to Durham victories,” added Cook, who has a good average of 41 from his nine Tests and has a mark of 41.17 in a first-class career that has so far yielded 40 centuries.

Durham coach Jon Lewis added: “We have been looking to add quality to the squad but also the right character to fit into the dressing room, and we have found someone who has both of those assets in Steve.

“Our conversations have been very promising, and he comes to us with a fine reputation — built not only through his short international career so far but throughout an excellent first-class record over many years in South Africa — and we are looking forward to welcoming him into the changing room.”