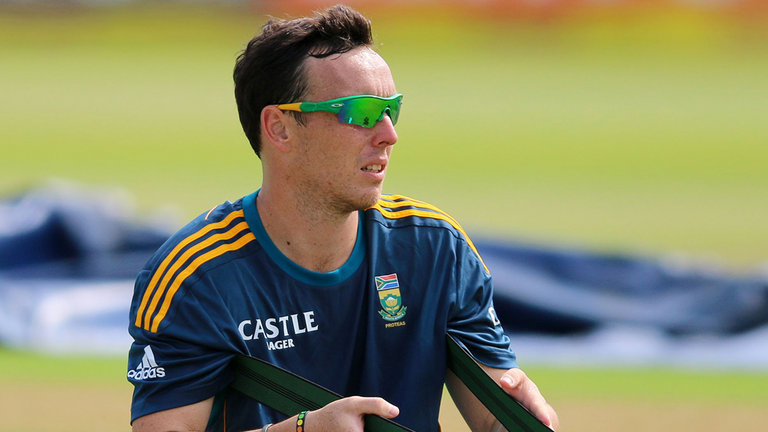 Le Cap: South African cricket was rocked on Thursday when it was announced that Test fast bowler Kyle Abbott had quit the national team in order to play county cricket in England.

Cricket South Africa immediately cancelled Abbott’s contract and said it was in the process of doing the same with one-day star Rilee Rossouw.

Both have Kolpak contracts with Hampshire which preclude them from playing for South Africa. Abbott has signed for four years and Rossouw for three.

The announcements came immediately after South Africa clinched a Test series against Sri Lanka, winning the second Test by 282 runs.

Abbott will not play in the third and final Test in Johannesburg next week.

“It’s a massive loss,” said South African captain Faf du Plessis, who was unaware of Abbott’s decision until the player told his teammates during the Cape Town Test following a report from England about his impending move.

Three other players – Stiaan van Zyl, Simon Harmer and Hardus Viljoen, who have all played Test cricket in the past 15 months – have also signed Kolpak deals recently.

“We must make sure something like this doesn’t happen again,” said Du Plessis.

“These players are too valuable and too important for us to sit back and say, these things happen and other players will take their place.”

Du Plessis acknowledged that Cricket South Africa’s transformation targets, which effectively mean that a maximum of five white players can appear in a team, might have contributed to the exodus.

“It’s one of the factors,” he said. “Opportunity, money – there are a lot of things that guys will look at as their excuse or their reason for going overseas.

“What Kyle’s reason is I’m not sure, but every single reason that is causing players to leave is a concern. We need to look at every one of them.”

Abbott, 29, became emotional as he told journalists that he had agonised over his decision.

“At the end of the day it’s the right decision for me.”

He said he had signed the deal five months ago and had planned to announce his international retirement after the third Test but brought it forward following the news leaking from England.

He said that there was not a great difference in monetary terms between what he was earning from Cricket South Africa and what he will receive from Hampshire.

“I don’t want to sit in 12 months time when everyone is fit, wearing a (reserve player’s) bib again.”

Abbott was at the centre of a major controversy when he was omitted from South Africa’s team for the semi-final of the 2015 World Cup against New Zealand after team management were “reminded” of cricket’s transformation targets.

“I’m at peace with that,” he said. “It was a very difficult time, not only for me but for the team and for Cricket South Africa.

“I think it took us a while to get over that, as recently as the New Zealand Test series (last August) when we went back and had a culture camp.

“Since then, not only has the team turned around but the issues the team had with various things regarding selection, whatever, have been addressed and the team and Cricket South Africa are on the right path.”

“We invest huge sums of money in individuals. By way of example, Rilee has spent a lengthy period on the injury list while we spared no expense in providing him with the best medical support. Our Protea players are among the top five percent of earners in our country.”

Lorgat said Cricket South Africa was likely to place a limit on the number of Kolpak players who would be allowed to play in South African domestic cricket.

Brearley and Marsh call for limits on bats