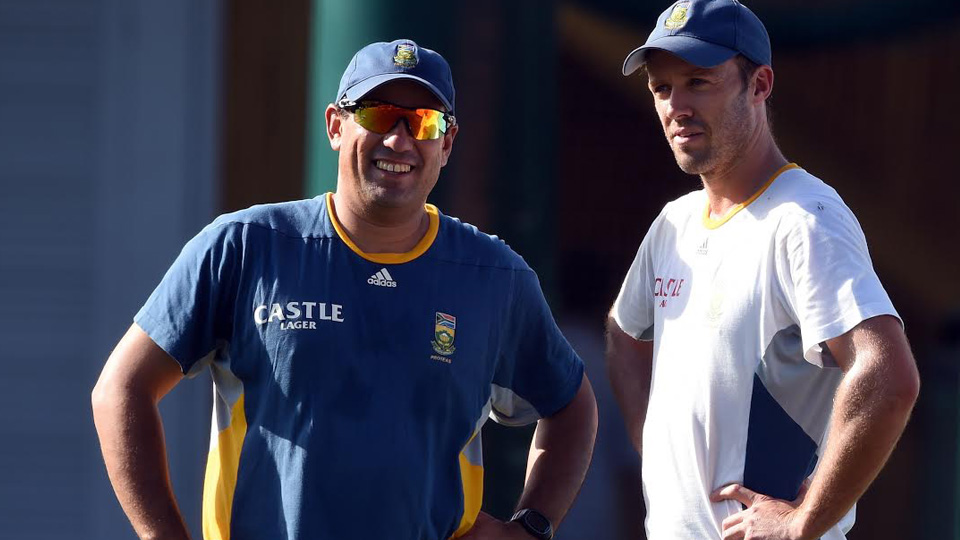 South Africa coach Domingo ‘can apply for own job’

Port Elizabeth: South Africa coach Russell Domingo could be nearing the end of his tenure after Cricket South Africa announced on Saturday it was about to start the search for a coach to take charge after his contract ends in August.

Domingo, who was appointed in 2013 after the surprise decision of Gary Kirsten to step down, has had two extensions of his contract.

He was initially appointed to take South Africa through to the 2015 World Cup but before the tournament this was extended to April 2016. The latest extension is until the end of a Test tour of England in August.

But it seems no further extensions are contemplated.

According to the last paragraph of a statement following a board meeting, “the board of directors resolved to commence the recruitment process for the appointment of a Proteas head coach to take charge after the tour to the UK until after the 2019 edition of the ICC World Cup”.

Asked for clarification, a CSA spokesman said Domingo could apply if he wanted to continue.

In a recent press conference Domingo said he was planning his career “one series at a time”.

But the team has achieved good results in both Tests and one-day matches since then.

Pakistan’s Hasan does not fear flat pitches at World Cup

Stokes moves up to career-best rankings

Waseem, Tahir bowl Pakistan U19 to crushing win over Scotland U19

Gladiators determined to win this time