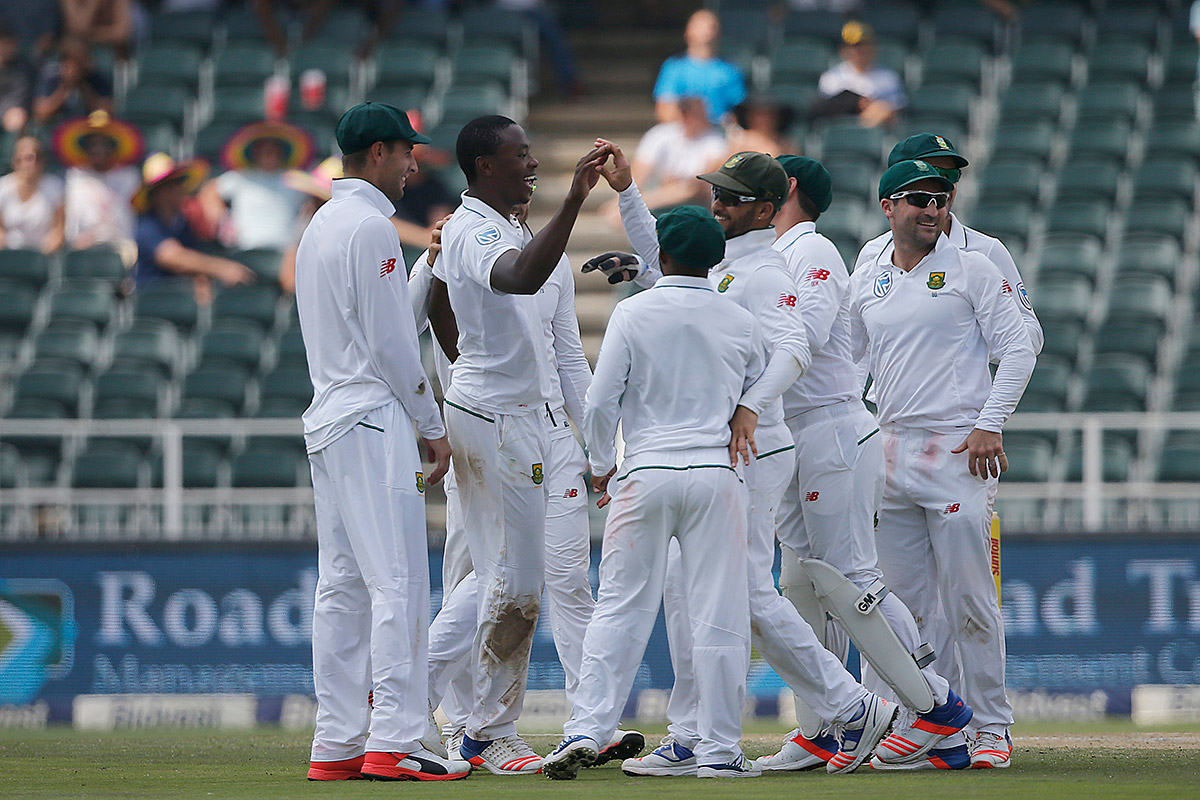 Johannesburg: Sri Lanka lost 16 wickets in a day as South Africa’s fast bowlers sent them crashing to defeat by an innings and 118 runs in the third Test at the Wanderers Stadium on Saturday.

Sri Lanka were bowled out for 131 and 177 as South Africa’s four pacemen tore the batting apart handing the home side a 3-0 series whitewash.

In a dismal third day of the final Test for the tourists, Sri Lanka were able to add only 51 runs to their overnight first innings total of 80 for four and seldom looked like providing sustained resistance in the second innings, despite a fighting 50 by opening batsman Dimuth Karunaratne.

Sharing the new ball with Philander in the second innings, Rabada took a wicket with his first ball when Kaushal Silva gloved a catch to wicketkeeper Quinton de Kock. He added the wicket of Karunaratne, who was bowled shortly before tea.

Philander took his only wicket of the innings when Dinesh Chandimal was caught at first slip.

Suranga Lakmal hit out to make 31 as he and Upul Tharanga (26) added 43 for the eighth wicket before the last three wickets fell for no runs in ten balls.

West Indies gets opportunity to overtake Pakistan in ODI rankings

Sunday Line Up in Preview

Smith says elbow ‘all good’ ahead of Australia return