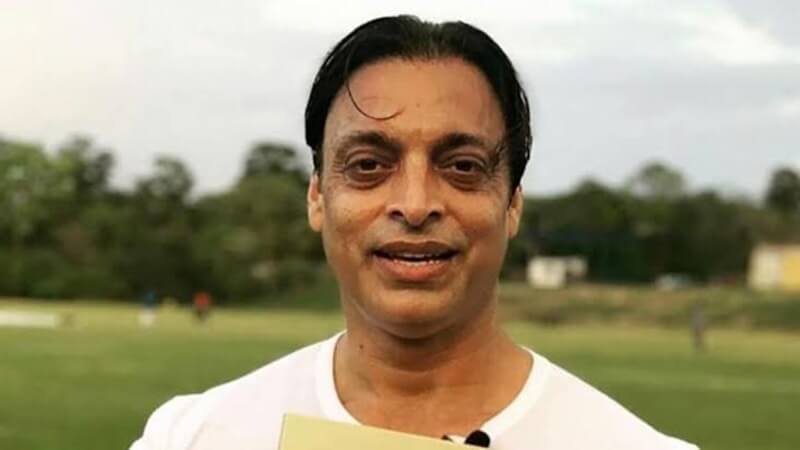 KARACHI: The former Pakistan Test fast bowler, Shoaib Akhtar was fearsome in his playing days however he is no less with blunt views on various subject since his retirement either.

In an interview on a Youtube channel ‘Free Hit’, the fastest paceman in history criticised the cricket’s administrative body, International Cricket Council (ICC) for ‘disparity in laws’

‘”The ICC expressed this intention, in the last 10-15 years, to facilitate batsmen to accumulate 20,000 runs. I don’t know who was hand in glove with the ICC in this scheme but it has greatly damaged the balance between bat and ball”, Akhtar mentioned.

“Two new balls, multiple fielding restrictions along with the limit on delivering bouncers are like tying bowlers’ hands to present liberty to batsmen”, the 46-Test veteran added.

“Better to direct bowlers to hold the ball in their teeth before batsmen so that bowlers would concede their face too along with a boundary”, Akhtar jokingly opined.

Shoaib Akhtar was off the view that the ICC had a major contribution to cricket’s debacle.

“Rules and restrictions on players need to be relaxed to have fair contest between tough characters. A few hot exchanges, even a body contact should not be discouraged. It is very important to inject life back into cricket”, claimed Akhtar while recalling his aggressive exchanges with Australia’s former opening batsman Mathew Hayden.

The fearsome fast bowler minced no word in expressing his displeasure adding that he had lost interest in the modern-day cricket.

“We don’t see good quality cricket around because of the limited number of top quality cricketers unlike yesteryears. The incumbent laws are no less than stumbling blocks towards the elevation of the game”, Akhtar said.

He also urged India to utilise its influence to safeguard Test cricket. “If cricket continues to be batting friendly then “relo katas” (mediocre) cricketers will come one after the other. India along with England and Australia need to come forward so that we could witness the attraction like the 80s such as body-line bowling, unlimited bouncers and a limited confrontation as well. If talents are not being allowed to collide to the best of abilities then what are we presenting”, the 44-year old said.

“Cricket needs to be branded otherwise I could see a bleak future of the game”, feared the former paceman.

Shoaib Akhtar also put his weight behind the resumption of Indo-Pak cricket for its unprecedented commercial viability, “No bilateral series could fetch about 300 million dollars and amid this ongoing crisis (Covid-19), which has hampered commercial avenues, the India-Pakistan series is the need of hour. Both countries should seriously ponder upon this possibility”, Shoaib Akhtar advised.

He added that not just cricket but both countries should help each other in other aspects of life as well, “In charity Pakistan is one of the top countries and it is ready to help it’s brothers and sisters in India as well if required”, Shoaib Akhtar concluded.