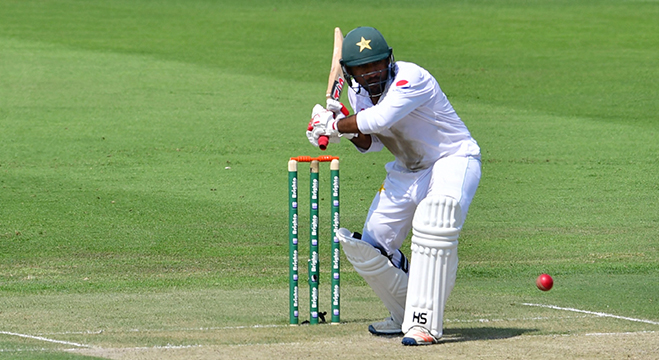 Sarfraz happy to respond to criticism with innings of 94

Abu Dhabi: Pakistan skipper Sarfraz Ahmed said he was happy that he responded to pressure from all sides with a brilliant 96 on Tuesday on the first day of the second Test against Australia.

The 31-year-old added 147 runs for the sixth wicket with opener Fakhar Zaman — who also scored 96 — to lift Pakistan from a precarious 57-5 to 282 all out at Sheikh Zayed Stadium in Abu Dhabi.

Australia closed the day at 20-2, trailing by 262 runs with eight wickets in hand.

After his below-par 15-run innings and weak wicketkeeping in the first Test which ended with his team unable to turn a strong position into a victory, Sarfraz faced calls for his sacking as Test captain.

“Yeah the pressure was there, definitely,” said Sarfraz, who had made just 74 runs in the his six previous Test innings.

“It’s good that we scored 282 and then got two wickets, including that of Usman Khawaja because he can play a long innings, so I think it has become even for both the teams now,” said Sarfraz.

Sarfraz praised Zaman, who is playing his first Test.

“Fakhar played a brilliant knock and I got very good confidence from him because I like that the other batsmen rotate the strike and he did that and played brilliantly in his first match.

“He deserved credit for doing so well.”

The first Test in the two-match series ended in a draw in Dubai last week.

Mustafizur out of Windies tour

Iyer’s 96 powers DD to another successful chase over Lions