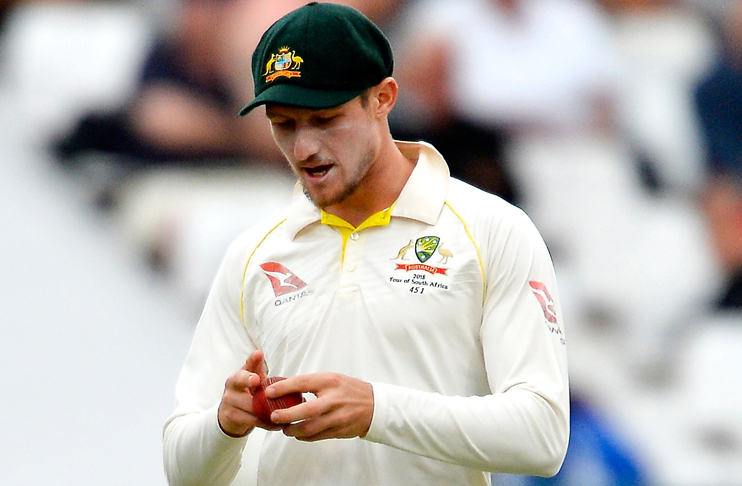 London: A ball-tampering scandal involving Australia provided the backdrop to a 2018 where Afghanistan and Ireland were elevated to Test status, England rebuilt under Joe Root and India’s Virat Kohli cemented his position as one of the best batsmen of his generation.

In an age where international players’ every onfield move is subject to intense television scrutiny, it defied belief that Australia’s Cameron Bancroft tried to hide the tape with which he had deliberately scuffed up the ball during a Test against South Africa in Cape Town down his trousers.

The ensuing fall-out was dramatic with then Australia captain Steve Smith, his deputy David Warner and Bancroft all sent home.

Smith and Warner were then both banned for a year by Cricket Australia, with Bancroft given a nine-month ban.

But while Smith and Warner had solid records behind them, Bancroft now risks being remembered above all for his role in the scandal, just as another Australian Trevor Chappell is immediately associated with his brother Greg’s controversial decision to have him bowl underarm at the end of a one-day international against New Zealand in 1981.

“For me in the (changing) room, I walked past something and had the opportunity to stop it and I didn’t do it and that was my leadership failure,” Smith said Friday, indirectly confirming reports Warner had been the instigator of the plan.

“It was the potential for something to happen and it went on and happened out in the field,” he added.

And that was not the end of it, with CA chairman David Peever resigning last month soon after being elected for a second term when a review into team culture found it “arrogant”, with CA accused of doing nothing to curb a win-at-all-costs culture.

One good thing to emerge from the scandal was a growing realisation it was possible to play competitively without resorting to crude verbal abuse.

As Tim Paine, thrust into the Australia captaincy following Smith’s banishment, put it after a narrow defeat by India at Adelaide in the first match of a Test series currently level at 1-1: “We fought really hard and never gave up, and you don’t have to talk rubbish and carry on like a pork chop to prove that.”

That did not stop Paine from engaging in a verbal battle with India captain Virat Kohli during the second Test in Perth of the ongoing series.

The combative Kohli was the only batsman to have passed 1,000 Test runs for the year at the time of writing in a 2018 where he had so far scored 11 international centuries, including six in one-dayers.

England, following a 4-0 Ashes hammering in Australia, rebuilt under Root with a 4-1 home win against India and then ended their 17-year wait for a series win in Sri Lanka with a 3-0 whitewashing of their hosts.

New Zealand skipper Kane Williamson cemented his reputation as one of the outstanding batsmen in the world.

His second-innings 139 in the third Test in Abu Dhabi was the key to the Kiwis securing a 123-run win which snared them their first away series triumph against Pakistan in 49 years.

It was a victory which would have been appreciated by the late Bev Congdon, the former New Zealand captain, who did much to raise the country’s cricket standing in the 1970s.

As well as Congdon, other notable cricketers who died in 2018 included Ajit Wadekar, who captained India to historic series wins in England and the West Indies in the early 1970s, as well as South Africa’s Colin Bland, one of the greatest fielders the game has known.

South Africa’s AB de Villiers, himself a fine fieldsman and audacious all-round batsman retired, saying he had “run out of gas”, while Alastair Cook, England’s all-time leading Test run-scorer with 12,472 in 161 Tests, bowed out with a fairytale hundred at The Oval.

Sri Lanka’s Rangana Herath, the most successful left-arm spinner in Test history with 433 wickets, also called it a day.

Bangladesh made progress as the West Indies continued to struggle while Ireland and Afghanistan both arrived on the Test scene.

Ireland recovered from some early nerves to give Pakistan a fright in Dublin, Kevin O’Brien providing one of the highlights of the year as he became Ireland’s first Test centurion.

The Irish took much from their debut in spite of losing by five wickets.

The same cannot be said of Afghanistan whose first Test ended in just two days as they suffered a chastening innings-and-262-run defeat by India, the world’ top-ranked side.

Meanwhile a relative lack of truly outstanding batsmen and increasingly lively pitches saw bowlers hit back in the Test format as the balance between bat and ball was restored.

Research carried out by The Times newspaper showed 2018 to have produce the lowest runs per wicket for any year since 1959.

The thorny issue of corruption remained ever present, with former Sri Lanka captain and chief selector Sanath Jayasuriya charged by the International Cricket Council for not co-operating with a match-fixing probe.

In the one-day game England climbed to the top of the standings a year out from hosting the World Cup.

Eoin Morgan’s side enjoyed series victories in Australia, New Zealand and Sri Lanka, an indication they might yet win England their maiden World Cup title.

Elsewhere, Australia swept all before them to win the women’s World Twenty20 in the West Indies.

England have strength in depth for Ashes – Bairstow