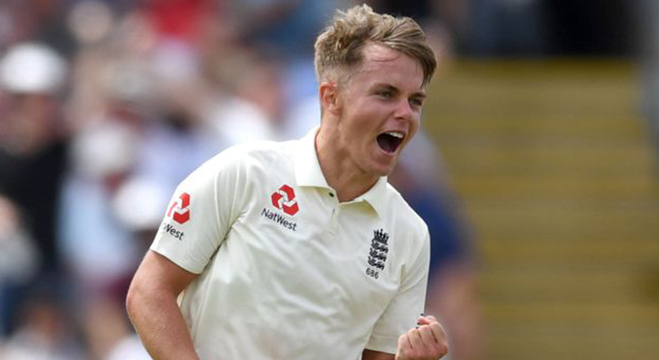 London: Surrey all-rounder Sam Curran has been given a central Test contracts for 2018-19 by the England and Wales Cricket Board.

Curran earned the contract with an impressive impact during the summer Tests against India, which saw him named the Player of the Series as England romped to a 4-1 victory.

The 20-year-old, whose father Kevin is a former Zimbabwe international, produced two impressive displays with the bat against India and chipped in with several wickets.

Curran, who made his Surrey debut aged just 17, was recently named in England’s squad for their forthcoming tour of Sri Lanka.

Selectors have also awarded Surrey’s Tom Curran, brother of Sam, an increment contract for the next 12 months, commencing October 1 2018.

Following Alastair Cook’s decision to retire from international cricket after the Test series against India, there is a vacancy at the top of England’s batting order.

But Cook’s latest opening partner Keaton Jennings, the Lancashire batsman, misses out on a deal, as did Rory Burns, who had pressed his case when scoring more than 1,000 runs in the County Championship to help Surrey win a first title in 16 years.

Only 10 players with Test-match experience make the ECB list for 2018-19, when England will be in action at a home World Cup as well as an Ashes series.

Ben Stokes is included, the Durham player still awaiting the outcome of a disciplinary commission to conclude its findings into a charge of bringing the game into disrepute.

Yorkshire’s Adil Rashid has also been given a central Test match contract, despite not playing red-ball cricket at the start of the year. Rashid signed an all-format contract with his county last week.

Despair at plans for split from Test cricket’s newest nations