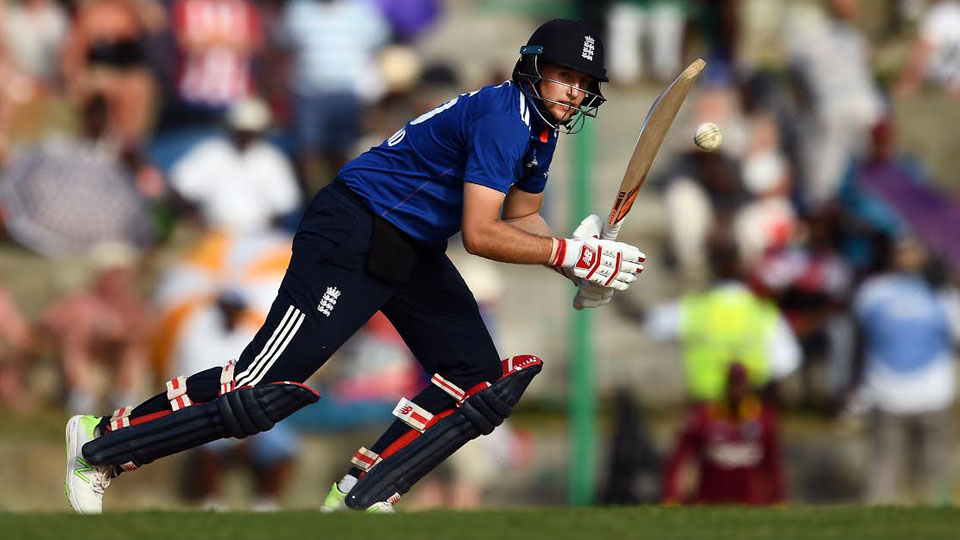 St. John’s: Joe Root compiled a composed, unbeaten 90 while all-rounder Chris Woakes hit an undefeated 68 as England completed a four-wicket victory over the West Indies in the second one-day international on Sunday.

Responding to the home side’s total of 225 all out off 47.5 overs after they chose to bat first, the tourists reached 226 for six off 48.2 overs to take an unbeatable 2-0 lead with the final match to be played in Barbados next Thursday.

England, who won the first match at the same venue two days earlier by the relatively comfortable margin of 45 runs, were cantering towards the target on the back of opening batsman Jason Roy’s belligerent half-century at 108 for two in the 21st over.

But then the specialist spinners got the West Indies back into the match, triggering a slide which saw four England wickets tumbling for 16 runs.

Ashley Nurse returned his best-ever figures of three for 34 while Devendra Bishoo claimed two for 43.

However with fast bowler Shannon Gabriel unavailable after an opening three-over spell because of a side strain, captain Jason Holder resorted to part-time spinners on a helpful track without success.

Woakes, the more adventurous of the seventh-wicket pairing in a stand that put on an unbroken 102 runs, was missed at long-on by substitute fielder Rovman Powell off Carlos Brathwaite in what was the West Indies’ last real chance of staying in the game and squaring the series.

He was dropped again, by Holder at mid-off off Kraigg Brathwaite in the 47th over, by which time England were on the verge of victory.

Root struck just three boundaries in a controlled innings, his only blemish being an edge off Bishoo between the wicketkeeper and slip.

“It was just about staying calm because we were so far ahead of the required rate,” he explained after victory was formalised. “Chris (Woakes) took a lot of the pressure off me with his aggression.”

Fresh from claiming career-best ODI figures (4 for 40) in the first match, seamer Liam Plunkett played a key role in stifling West Indies’ quest to accelerate on a bright morning.

He removed topscorer Jason Mohammed (50) and Jonathan Carter (39) before adding the scalp of Nurse to finish with three for 32.

Leg-spinner Adil Rashid, apart from showing a safe pair of hands with the catches to dispose of both Mohammed and Carter, also accounted for dangerous big-hitters Holder, via a steepling catch of his own bowling, and Carlos Brathwaite.

Fast bowler Steven Finn did the early damage to the West Indies innings on the same pitch used for the series-opener which England won by 45 runs on Friday.

Poor shot selection contributed to Evin Lewis’ demise, a leading edge giving a simple catch to Sam Billings at cover, while a miscued pull by new batsman Kieran Powell presented Finn with the catch off his own bowling that took him to the milestone of 100 ODI wickets.

Reaching the landmark in his 67th match, he is the third-fastest Englishman to the feat behind Darren Gough and Stuart Broad.

“We need to seize the opportunities that come our way,” Holder noted in reflecting on batsmen failing to capitalise on good starts and also chances missed in the field in both matches in Antigua.

“We keep losing too many wickets to poor shots at the top.”