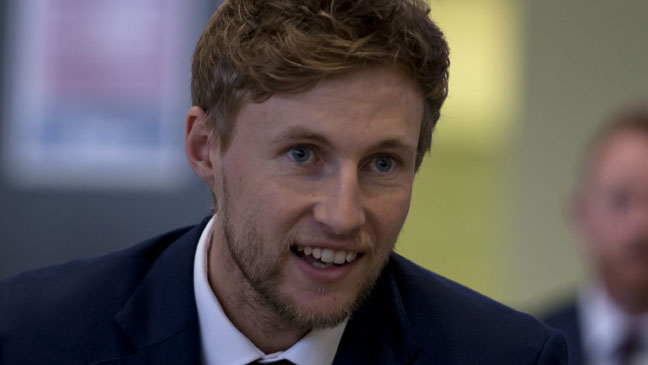 Perth:  England are steeled for a sledging war in the Ashes series with suspended Ben Stokes the expected focus of Australia’s barbs, captain Joe Root said on the team’s arrival in Perth on Sunday.

Stokes, the vice-captain and star all-rounder, is not among the touring party. He remains under investigation after being arrested on suspicion of causing actual bodily harm following an incident outside a Bristol nightclub in September.

The England and Wales Cricket Board has not yet ruled the 26-year-old Stokes, who has a broken finger, out of the series which starts with the first Test in Brisbane on November 23.

Root, who made it clear before departure that they must be prepared for Stokes’s possible absence for the entire five-Test series, said his team were ready to deal with any heat that comes their way.

“Potentially they might (sledge us about Stokes),” Root told reporters.

“But Ashes cricket — there’s always an edge of psychological banter.

“Once you’ve played in a few, you sort of know what to expect and you know how it goes leading up to the games.

“I’m sure there will be plenty of banter flying around on and off the field.

“That’s something you’ve got to cherish and relish and be able to look back on at the end of your career and say, ‘I gave it my best shot, and I enjoyed it’.”

Former Australia Test captains Steve Waugh and Ian Chappell are among those who believe England can’t retain the Ashes without the influential Stokes.

The controversy surrounding him has given Australia plenty of sledging ammunition, according to their feisty opening batsman David Warner.

Warner has already voiced his desire to ramp up his trademark on-field aggression in the coming series.

“The history, the pride that is at stake. As soon as you step on that line it’s war,” Warner told the Australian Broadcasting Corporation this month, when asked what the Ashes meant to him.

“You try and get into a battle as quick as you can. I try and look in the opposition’s eye and work out how can I dislike this player, how can I get on top of him.”

Root said he is determined to show Australia just how good he is during the Ashes series as he seeks to atone for a miserable first tour ‘Down Under’.

Root is now one of the world’s leading batsmen, having scored more than 5,000 runs in 60 Tests at an average of 53.76 including 13 hundreds.

But his previous Ashes tour, in 2013/14, ended with him being dropped for the Sydney finale after he managed a meagre 192 runs in four previous Tests at a lowly average of 27.42.

England will begin their Ashes preparations with a two-day tour match against a Western Australia XI  at Perth’s WACA Ground starting on Saturday.

They then play a Cricket Australia XI in Adelaide (November 8-11) and Townsville (November 15-18) before the first Test at the Gabba.

PSL is our brand, we have to make it successful: Afridi