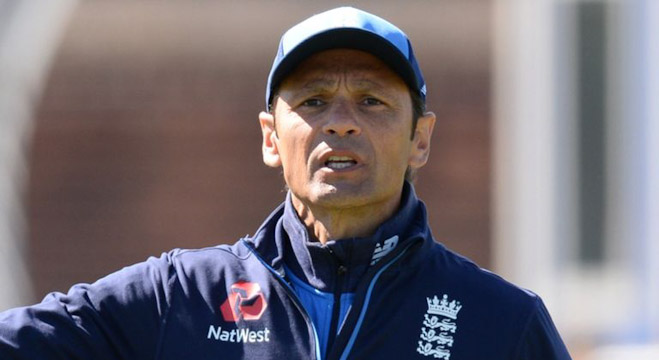 London: Mark Ramprakash will leave his role as England’s batting coach amid reports Graham Thorpe is ready to take the job in time for this year’s Ashes.

Ramprakash had worked with England since 2014 and was focusing on the Test team while Thorpe worked regularly in the one-day set-up.

Former Middlesex and Surrey batsman Ramprakash was contracted until the end of the forthcoming season.

But has been ousted following the arrival of new director of men’s cricket Ashley Giles.

Ramprakash, whose last England assignment was the 2-1 Test series defeat against the West Indies, tweeted the news on Friday.

“I’ve just been informed that I will not be involved in the Ashes series,” the 49-year-old wrote.

“It’s been a huge privilege to support the team over the last 5 years. I’d like to wish all the staff & players the very best of luck for the future.”

Ramprakash is the second senior member of the backroom team to leave ahead of head coach Trevor Bayliss’ departure at the end of his contract in September.

Kamran, Hasan star in big win over Karachi in PSL

Broom sweeps out of Derbyshire as New Zealand calls