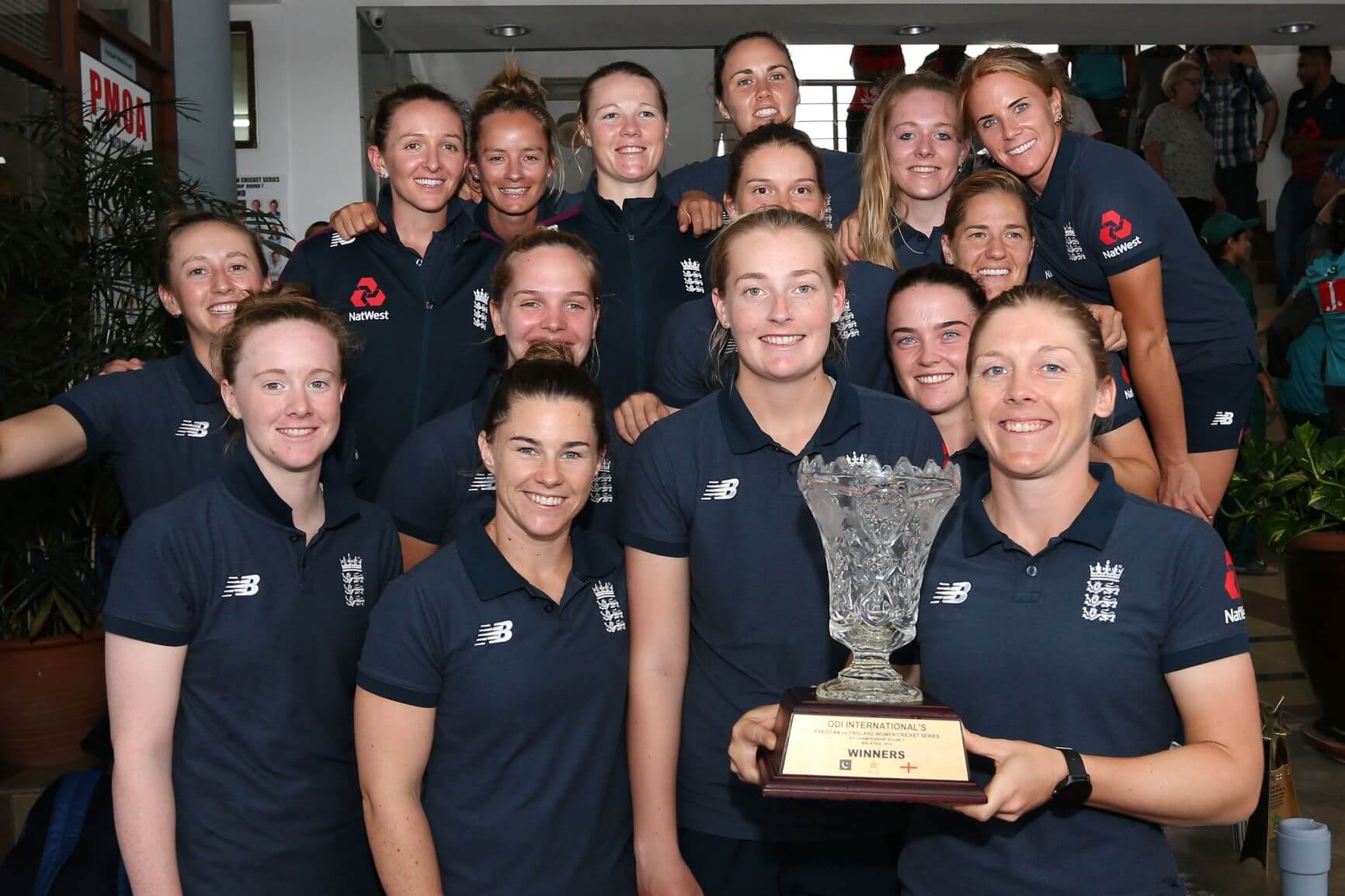 Kuala Lumpur: Pakistan Women and England Women shared a point each as rain washed-out the third and final ICC Women’s Championship ODI between them at Kinrara Oval, Kuala Lumpur on Saturday.

The addition of one point took Pakistan’s tally to 16 and saw them leapfrog South Africa Women to the fourth spot on the points table, while England, with 29 points, strengthened their hold on the second position.

The top-four teams on the standings, along with hosts New Zealand Women, will secure direct qualification for the ICC Women’s Cricket World Cup 2021

England captain Heather Knight won the toss for the third time in the series and elected to bowl. Though the match began on the scheduled time, the toss was delayed by 15 minutes due to drizzle.

England made one change in their line-up with pacer Freya Davis, who replaced Kate Cross, making her ODI debut.

Pakistan were provided a solid foundation by openers Nahida Khan and Javeria Khan as the pair put together the record for the highest first-wicket partnership for Pakistan Women.

Javeria Khan, while reflecting on the partnership, said: “A lot of credit for this partnership goes to Nahida. She was brilliant out in the middle. She played the ball on merit while dispatching bad deliveries.

“Our plan was to prolong our partnership rather than making any records. But it is certainly a good feeling to have one against a quality side like England.

“It is nothing less than an achievement for Pakistan to break into top-four. It is the result of all the hard work everyone attached with the Pakistan side – whether the management of the past and present or the players – has put in.

“Going forward we have to hold our nerves in pressure situations. We have often lost control of matches despite coming very close. Our players have the skills which are required to thrive at this level, it is just they need to work on controlling their nerves.”

Over the course of the partnership, Nahida scored her ODI career’s eighth half-century. The right-handed batter scored 55 runs from 59 balls, eight of which were dispatched for fours.

With 37 off 65, Javeria was the second best scorer. She hit five fours before she became the first Pakistan wicket to fall when Sarah Glenn trapped her LBW on the first ball of the 20th over.

The dismissal sparked a collapse – thanks to Glenn, who took four wickets for 18 runs in eight overs – as Pakistan lost eight wickets for 49 runs. The hosts were 145 for eight in 37.5 overs when rain forced umpires to stop the play.

Speaking about her bowling performance, Sarah Glenn said: “I was really happy to get four wickets today, but it’s a shame the rain came and the game had to be abandoned.

“We came back really well with the ball after Pakistan had started on top. We kept it tight and we got our rewards.

“I’ve really enjoyed the three matches and it’s good to come out with a series win. The girls have been really welcoming and I’m looking forward to the T20Is.”

Anya Shurbsole was the other notable bowler as the pacer returned three for 32 in 6.4 overs.

Knight, the England captain, was awarded player of the series award for scoring 127 runs in the series at an average of 63.50 and taking two wickets.

The ODI series will be followed by three T20Is, which will be played at Kinrara Oval on 17, 19 and 20 December. The matches will be live-streamed on the PCB’s YouTube channel.