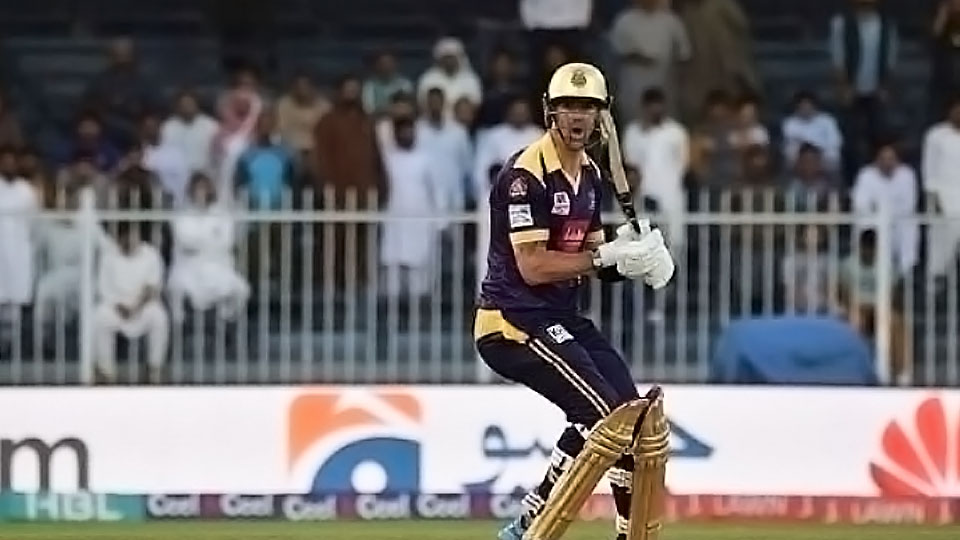 Pietersen hunts down 200-plus target

By a Special Correspondent

Kevin Pietersen showed why he is regarded as a destructive batsman with a punishing 42-ball 88 not out to steer Quetta Gladiators to a five-wicket win over Lahore Qalandars in Sharjah on Saturday (February 18), taking the team to the top of the table in the Pakistan Super League.

Pietersen, who had disappointing scores of 3 and two noughts, smashed eight powerful sixes and three boundaries to help Quetta overhaul a daunting 201-run target in 18.5 overs.

Lahore had scored 200 for 3 but were never secure in a match that saw 26 sixes hit in all.

Pietersen was ably assisted by Sarfraz Ahmed, the skipper, who smashed a 25-ball 45 with three sixes and as many boundaries. The duo added 101 runs in just 45 balls making light of an equation that had Quetta needing a tough 77 in the last five overs at one point.

Sunil Narine’s 17th over saw Pietersen hitting two sixes, while Sarfraz hit one, and in the next over from Mohammad Irfan, Pietersen hoisted four sixes. Even after Sarfraz’s dismissal in the 19th over, Anwar Ali hit a six, two and four to bring up victory.

It was another display of grit and spirit by Quetta. The team also drew inspiration from the presence of Viv Richards, the former West Indies captain and one of the all-time great batsmen, who was sitting in their dugout.

Lahore’s first 200-total – the third in PSL history — was down to a blistering 27-ball 51 by Jason Roy, and an equally rapid 28-ball 46 by Mohammad Rizwan alongside a typically belligerent 31-ball 47 by the in-form Fakhar Zaman.

Roy, who will leave for England duty after today’s match, put on a rapid 77 in just 6.4 overs as Lahore’s batsmen showed the resolve to post a big total.

Roy smashed six boundaries and three effortless sixes, while Zaman’s knock had six fours and a six. Their good work was kept going by Rizwan and Cameron Delport (21-ball 35 with a four and three sixes) through their quickfire 77-run stand for the fourth wicket.

Rizwan, who had a miserable time on the Australia tour last month, hit four towering sixes and a boundary.

Both these teams were also involved in a previous match in which both went past 200, with Quetta making 203 for 8 in last year’s PSL to which Lahore had replied to with 201 for 2.

Quetta are now at the top of the five-team league with seven points in five games, while Lahore have four points from as many matches.

Compton promises no let-up from England