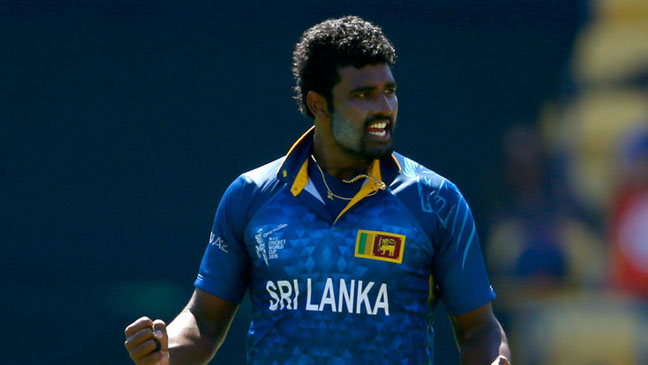 Sharjah: All-rounder Thisara Perera will lead a 15-man Sri Lankan squad for the three-match Twenty20 series against Pakistan announced on Saturday, the last of which will be played in Lahore.

Th Sri Lankan team will return to Pakistan for the first time since gunmen attacked their bus in Lahore in March 2009, forcing international teams to shun tours of Pakistan over security fears.

The first two matches will be played in Abu Dhabi on October 26 and 27 before the Sri Lankan team tours Pakistan in a fly-in, fly-out arrangement of 24 hours.

The last match will be played in Lahore on October 29.

Malinga was not selected for the ongoing one-day series in United Arab Emirates (UAE) but had reportedly requested the Sri Lankan ministry to chose a different team for Lahore, which was rejected.

Lakmal and Kapugedara were part of the squad which was attacked during the second Test in Lahore eight years ago, which left eight people killed and seven visiting team members and support staff were injured.

The 28-year-old Perera, appointed captain for the first time, toured Pakistan as member of a World XI for a three-match Twenty20 international series played in Lahore last month.

The World XI series was part of Pakistan Cricket Board’s effort to revive international cricket in the country, which also included the staging of the Pakistan Super League final in March this year.

Pakistan also hosted Zimbabwe for a five-match limited overs series in 2015 but bigger teams like Australia, India, England, New Zealand and South Africa have refsued to tour there.

That forced Pakistan to play their home matches in neutral venues in UAE.

Pakistan currently leads the five-match one-day series 4-0 with the last match in Sharjah on Monday.

Renshaw not first player to get runs in India